My father-in-law has been an oyster lover his whole life. Over the past few years, he has been slowly showing me some of his favorite ways to enjoy oysters. While the oyster purist might cringe at cooking them, I can assure you that this Fire Baked Oyster recipe does them justice. Try it out! And if you don’t want to, then just eat them straight. I ain’t judging.

What’s so great about cooked Oysters?

For all my oyster fans out there, you might be wondering why I would choose to bake these guys instead of just eating them raw. While I do not live close to the ocean, I know just how delicious freshly harvested and shucked oysters can be. Little bit of horseradish and lemon juice, and you are in oyster heaven. However, there is epic flavor that this Fire Baked Oyster recipe brings to the table. 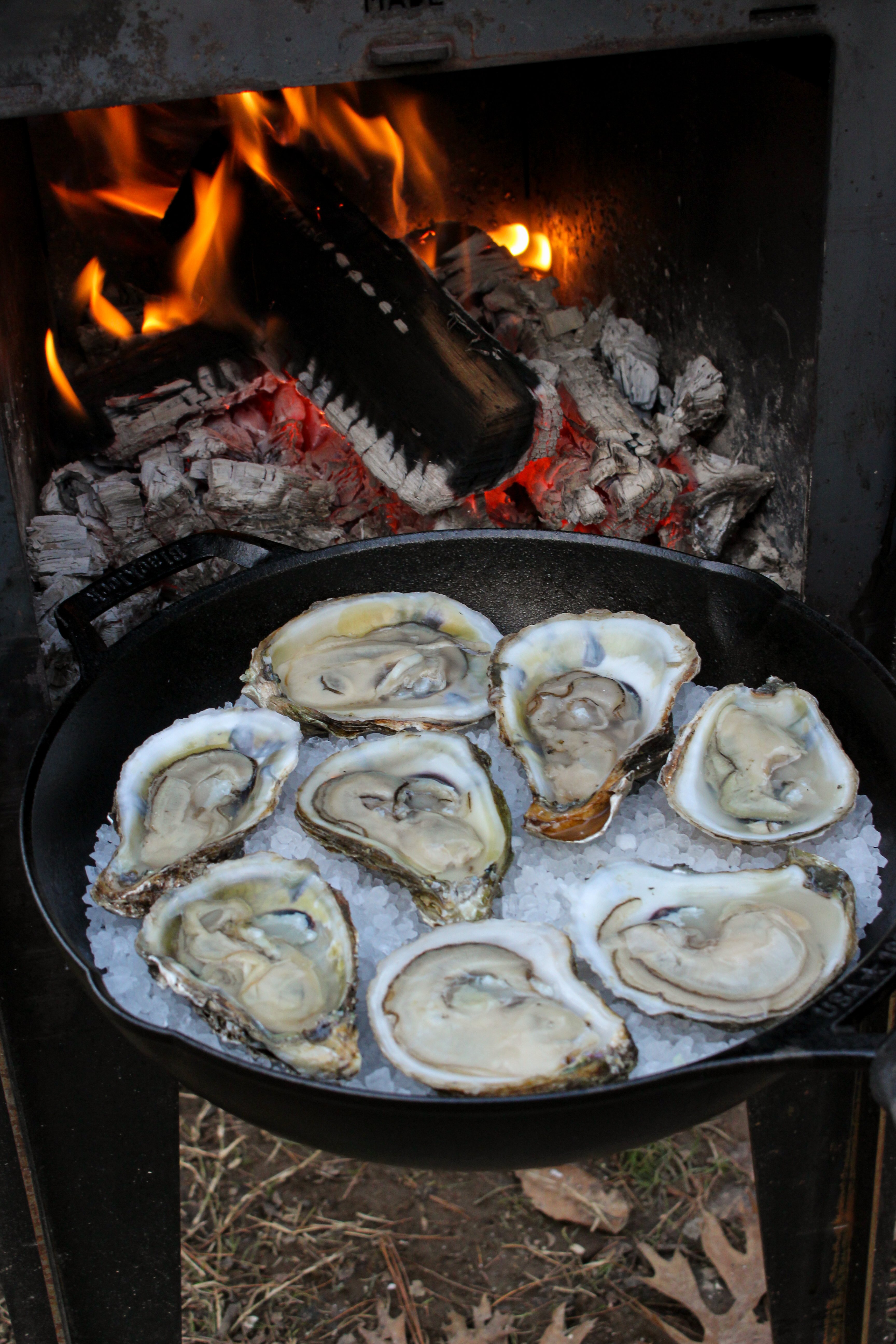 Firstly, add some butter to them! We all know what butter (and cheese and bacon) make everything better. So for any of my non-seasoned oyster people, adding some liquid gold could really help to give you a good first impression. Similar to whiskey, you don’t want to overpower your palate on the first try as you either won’t appreciate it or will be turned off. These Fire Baked Oysters are a great starting place for those that want to learn to appreciate some natural seafood flavor while mellowing this harsh bite.

Secondly, they are just plain fun to cook over fire. Cooking oysters can be difficult because you can easily over bake them; however if you do them right, they are incredibly fun to add to your arsenal of fire cooking recipes. These Fire Baked Oysters are just the tip of the iceberg too! Try cooking them right on the coals, which is a style I do in my new cookbook Food by Fire (pre-order it ASAP).

In the end, we all want natural flavor from good oysters. If you are getting bored of eating them raw, then try these Fire Baked Oysters sometime. There is no rush! Enjoy the salty brine of some good oysters. Just know that this recipe is waiting for you when you are ready. Cheers. 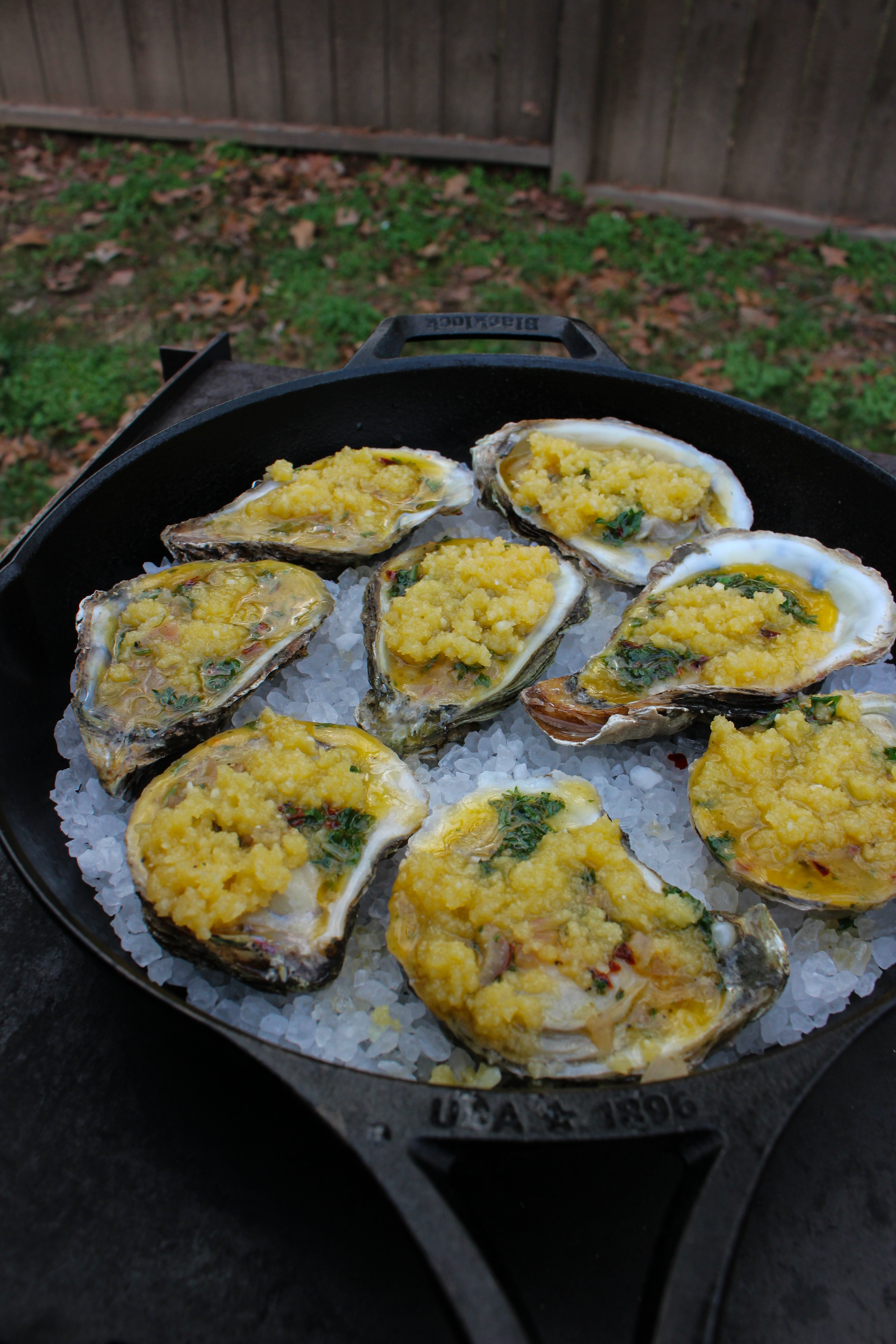 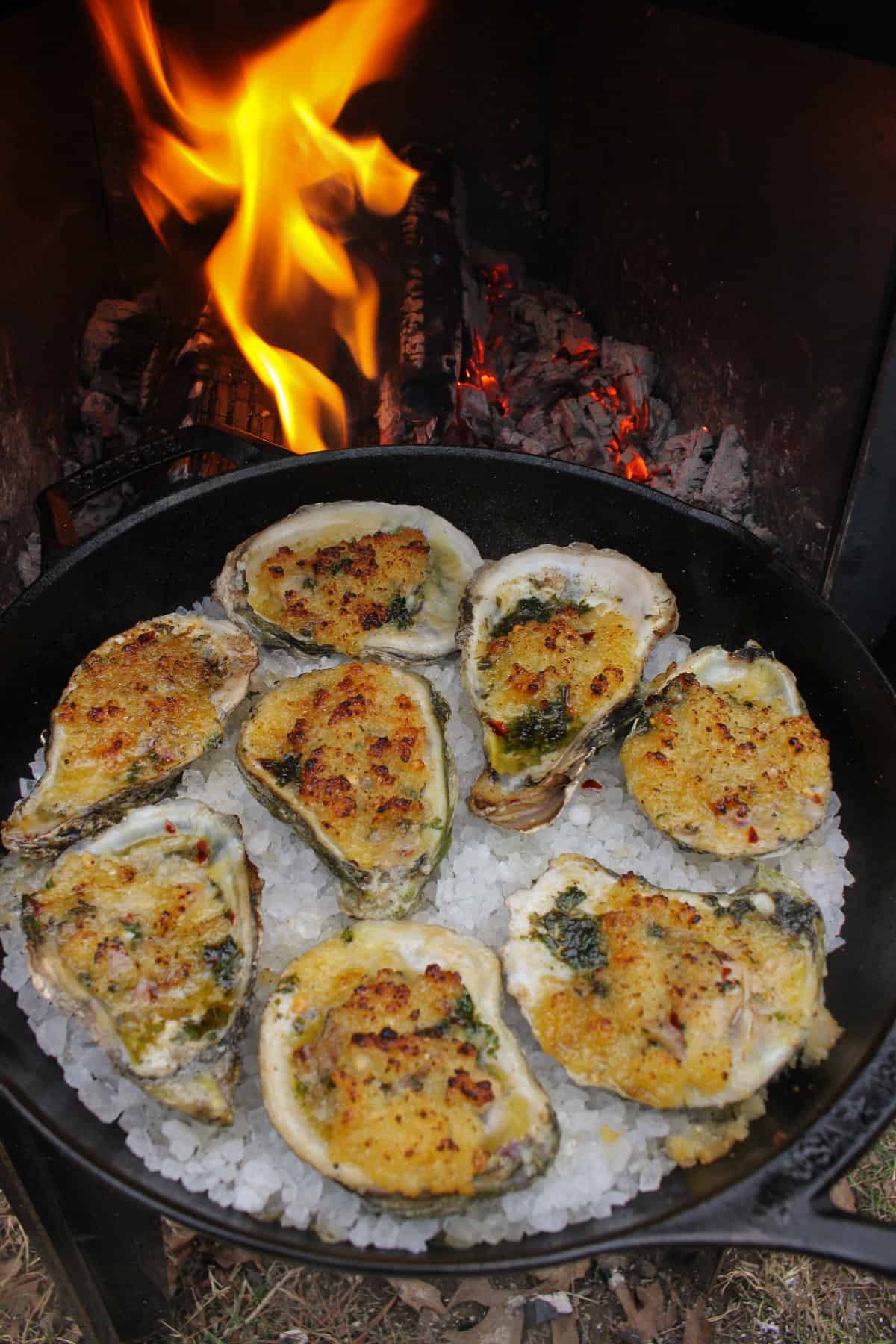 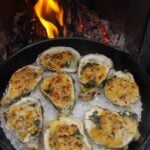 While the oyster purist might cringe at cooking them, I can assure you that this Fire Baked Oyster recipe does them justice.
Prep Time30 mins
Cook Time5 mins
Total Time35 mins
Course: Appetizer
Cuisine: American
Servings: 2 people
Author: Derek Wolf