Nothing like a Carne Asada Breakfast Tacos recipe to get your day started on the right foot! My wife and I spent some time in San Diego with Camping World shooting for their new online show: The Great American Cookoff. I just so happen to be a judge on the show too! Enjoying all the contestants food made me want to cook, so we drove out to Joshua Tree to enjoy the scenery and eat. Grabbing a couple flap steaks from the grocer was all needed to be inspired. Whipped up a quick marinade and these bad boys were ready for the grill the following morning.

Flap steak is a thin and lean cut of beef that comes from the short loin of a cow. It’s inherently less tender than other cuts of beef, but if prepared and sliced correctly it can be a tender and delicious protein. Flap steak is commonly marinated and used to make a variety of carne asada dishes, so I knew it was a great candidate for my breakfast tacos recipe.

I again turned to marinating for the purposes of tenderizing the meat and infusing it with a depth of flavor. I started the recipe by chopping and tossing all my marinade ingredients into the blender and blended until smooth. Then, in a tupperware container, I poured a thin layer of the marinade down. I followed by laying a single layer of the flap steak on top. Next, I poured a bit more marinade on top of the steaks and added a few small, halved green onions (with stems still attached) on top.

Layering in the halved green onions is a great way to add in more of that crisp onion flavor without it becoming too overpowering in the marinade. I continued layering the marinade, steak and green onions until each steak was covered in marinade and topped with green onions. Then, seal up the tupperware and place the flap steaks in the fridge to rest overnight.

Use code OVERTHEFIRE10 for 10% off Camping World and Gander Outdoors 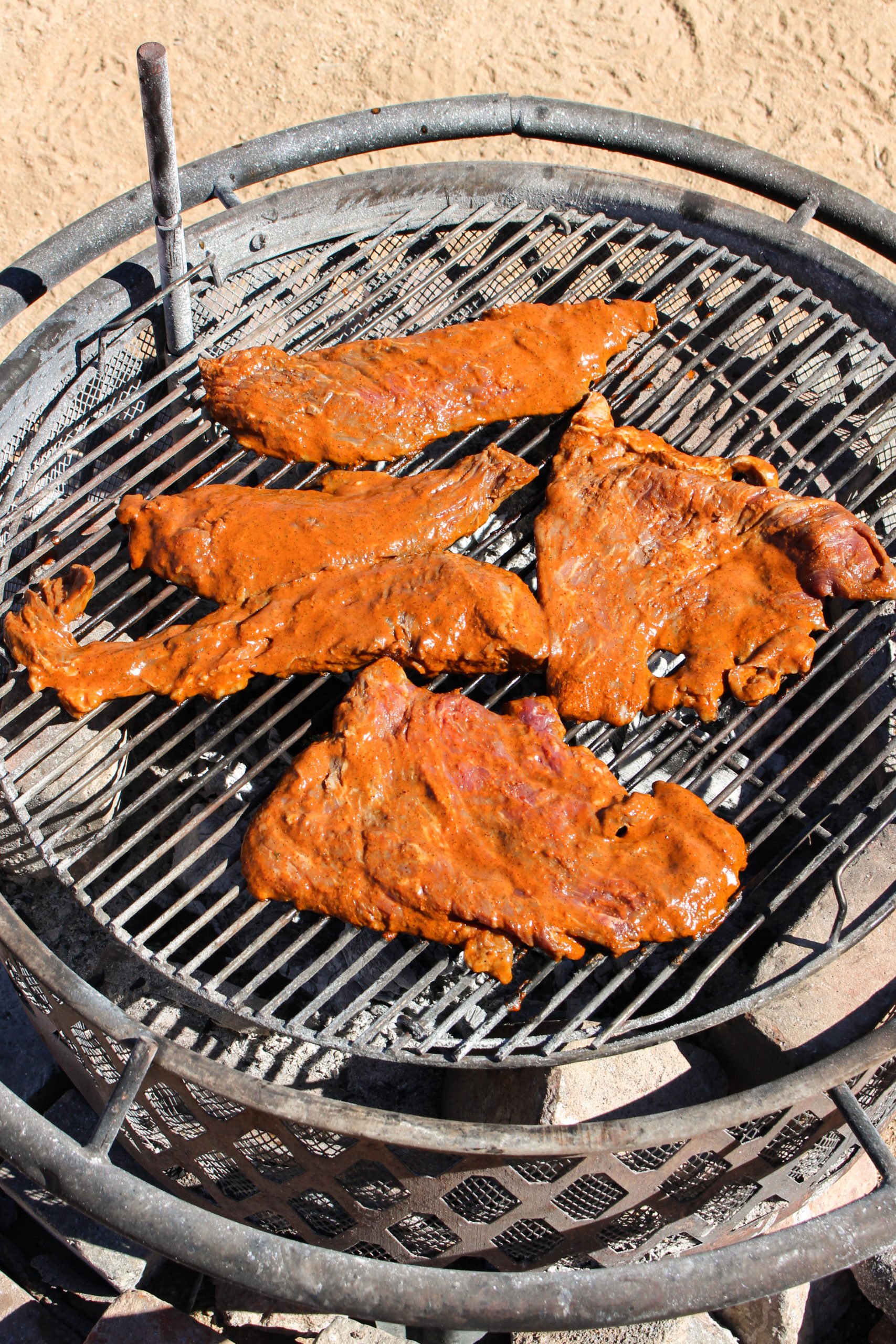 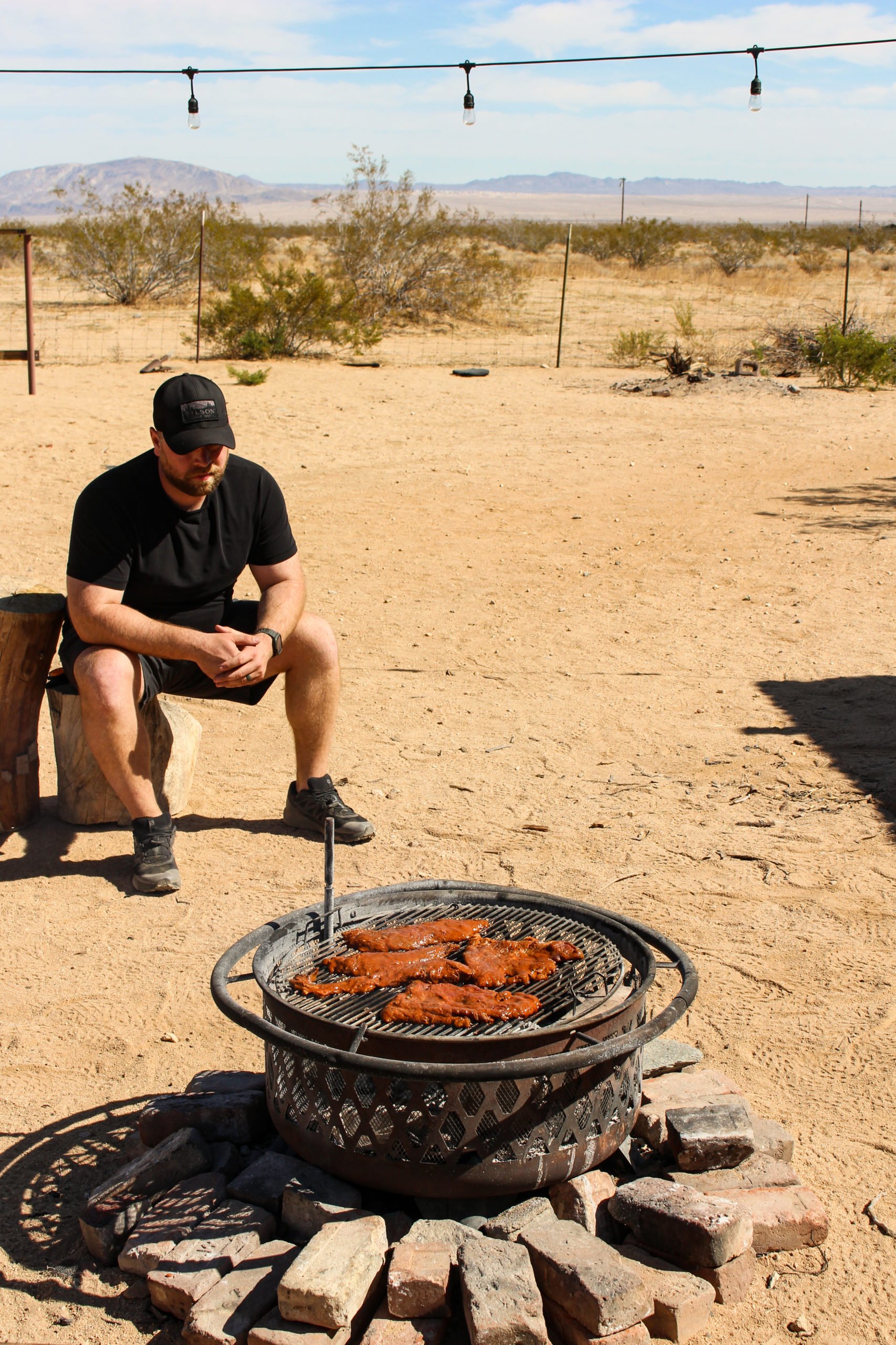 The following morning I prepped the fire and let it coal up while preparing the handful of remaining ingredients needed for my carne asada breakfast tacos. This included preparing fresh guacamole, pico de gallo and fried potatoes. I started by chopping the potatoes and placing them on a hot, oiled skillet over the fire. The potatoes will take the longest to cook, so it’s a good idea to start here. While the potatoes were cooking I finished up the guacamole and pico de gallo.

I placed my flap steak on the grill after finishing the potatoes. This is when a regular steak transforms into carne asada. It was hard not to drool as I pulled the steaks from their marinade bath and placed them over the fire. It smelled so good and that sound of sizzling steaks only made me hungrier. Flip the steaks as needed throughout the cooking process. Then, pull them from the fire once they’ve reached your likeness.

My favorite way to finish off a breakfast taco is by topping it with a fried egg. I placed four eggs in a skillet on the grill as my carne asada rested. When they finished cooking I placed them on a plate and when inside to start slicing the steak. All that’s left to do is taco assembly and serving! Start with a tortilla (flour or corn tortillas work) and add in a base layer of guacamole. Then add in the potatoes and sliced carne asada. Top it off with a fried egg and spoonful of pico de gallo! Best enjoyed with friends and family.

If you loved this recipe, then come watch three intense cooking episodes hosted by Camping World with the Great American Cookoff. Enjoy my taste testing as I rank these 5 insanely talented contestants. Come and see who rises to the top as the cookoff champion! Find the first episode here starting at 7pm cst. 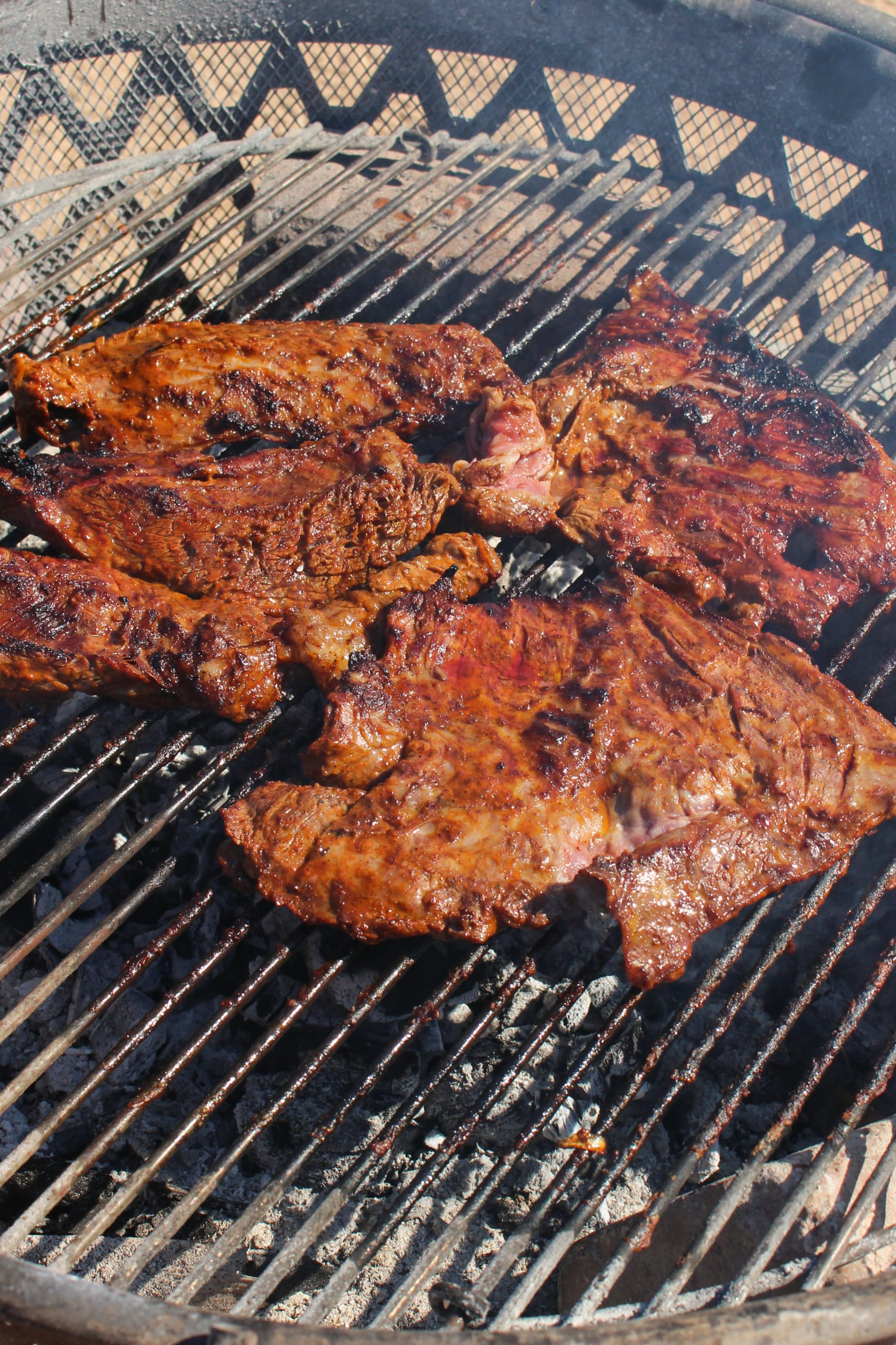 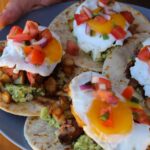