We are back at it again, and this time with a new skewer recipe. This Skewered Flap Steak with Habanero Pepper Sauce is inspired by the last time I visited Rodizio’s in Nashville. Sadly, the recent bomb on Christmas Day all but destroyed this amazing location. If you are willing, go support those affected by the bomb here: https://gofund.me/8c4e6d44. I know this restaurant inspired me, so help support them! May this recipe inspire you too.

Almost every year, my family goes to Rodizio’s downtown Nashville to celebrate my birthday. We indulge in lots of meat, chimichurri and sides for hours while we sit and laugh together. While it might seem funny for me to want grilled steak on my birthday since I cook it almost everyday, it is more about the atmosphere that this place creates. Plus, the skewered flap steak.

While visiting in November, my father and I could not get enough of their Skewered Flap Steak. It was one of the most delicious things I have had in a long time. Yes, the picanha, skewered pork and bacon wrapped chicken wings were delicious; but when I comboed the Skewered Flap Steak with the spicy Brazilian sauce, I was in heaven. Since that night, I have had it one my list to try and recreate this dish at home.

For my version, I had to baste my steak in butter and garlic. We first seasoned it with just coarse Sea Salt, then carefully skewered the flap steak onto a two-prong skewer. When skewering, make sure to “snake” it one by going up and down the meat so that the steak does not slide off while grilling.

Once onto the skewer, I cooked it over high heat fire (without flames) until the thickest part reached 120F internal. About halfway through, I basted the Skewered Flap Steak with butter and garlic to not only create a crust but also to add lots of additional flavor. Pull the steak off and rest for 7-8 minutes when done.

Sauce it up and let’s eat!

While the Skewered Flap Steak rested, I blended together the Habanero Pepper Sauce in a food processor. This is my own variation of the Brazilian hot sauce I had while at Rodizio’s, but with habanero peppers, peppercorns and agave nectar. Sliced into the steak with my new Derrick Giltner Knife, topped with the sauce and we are ready to eat! 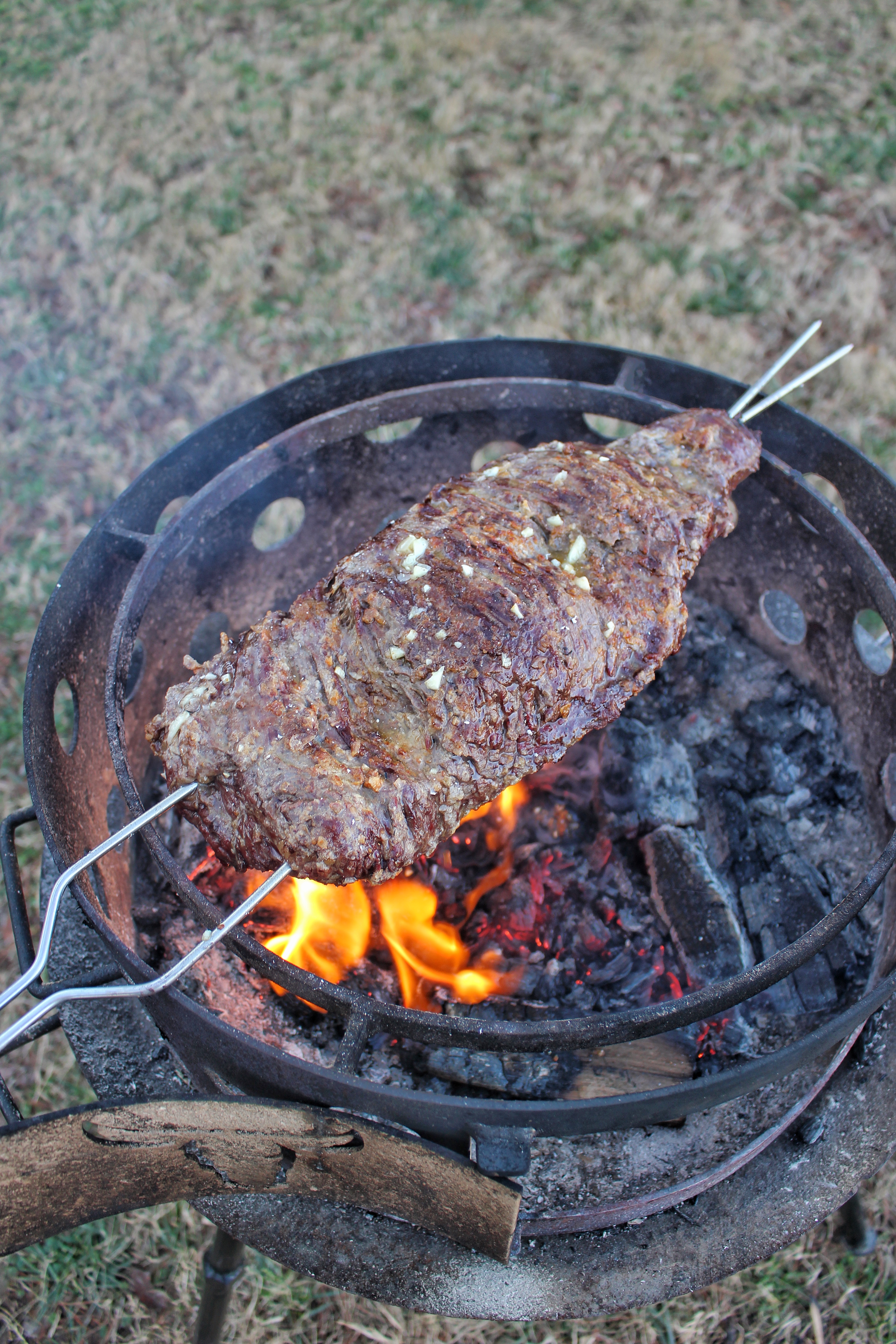 This Skewered Flap Steak topped with Habanero Pepper Sauce is inspired by the last time I visited Rodizio's Grill in Nashville.