It was time that I took a stab at making more empanadas. Diced up some pancetta and sautéed that with jalapeños, garlic and onion. Added that to a bowl with cream cheese, more cheese and scallions to mix together for the empanadas. Even though I still have much to learn on the “sealing” method for these Fried Pancetta Empanadas, I could not resist trying it. Fried these guys up, paired with a Citrus Herb Chimichurri and we are ready to go!

So what are Empanadas?

Well for starters, this is not the first time that we have made them. The last time was with leftover turkey, which was delicious! That being said, empanadas are delicious meat filled pastries that are staple-piece food for most Spanish, South American & Central American cuisine. I fell in love with these, through a friend that is Argentinian. That is was inspired these Fried Pancetta Empanadas. There are, however, many different varieties of empanadas with tons of different ingredients, fillings and styles of cooking. Feel free to find some unique ones that you might enjoy (youtube is your friend).

Have you pre-ordered my cookbook Food by Fire??? 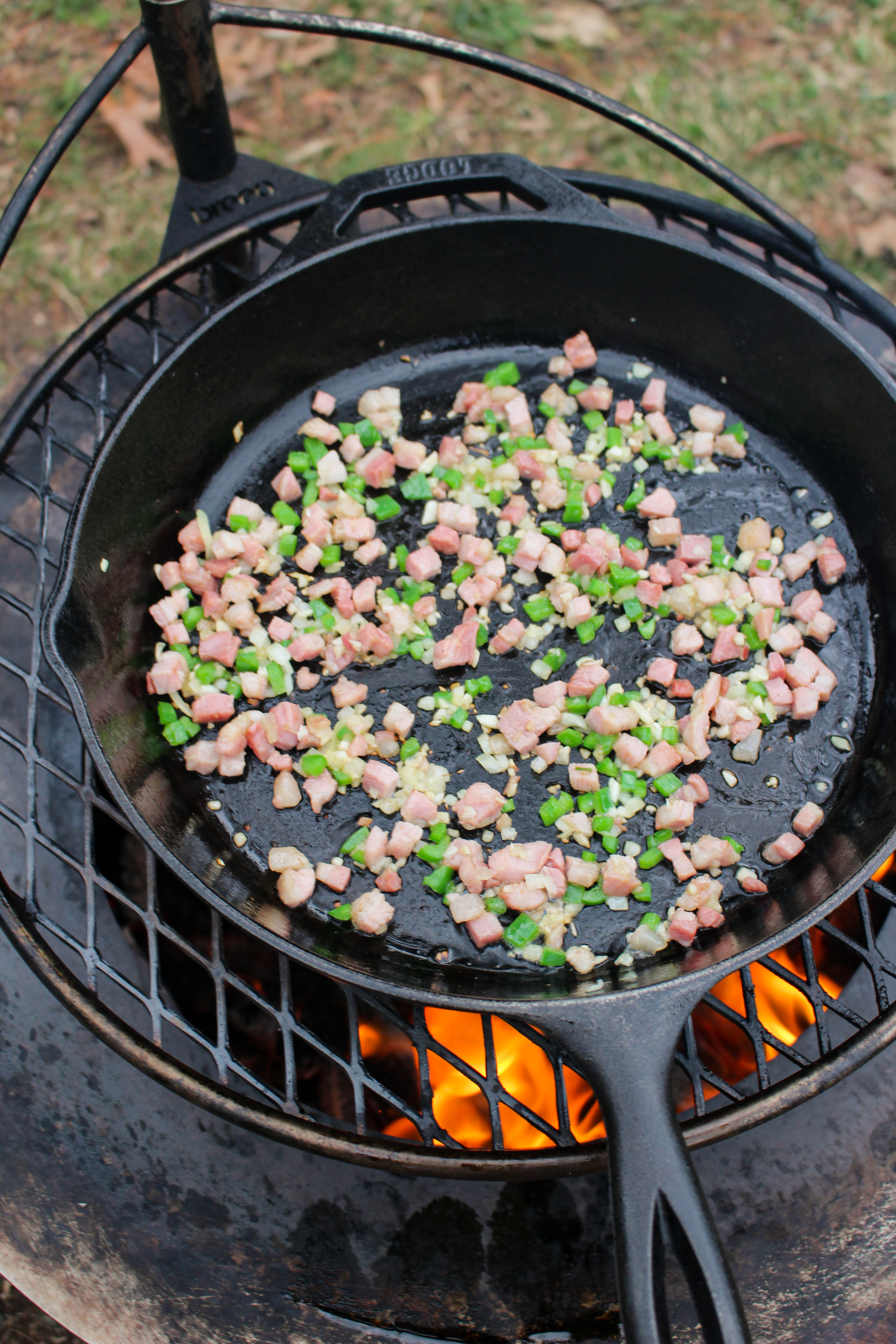 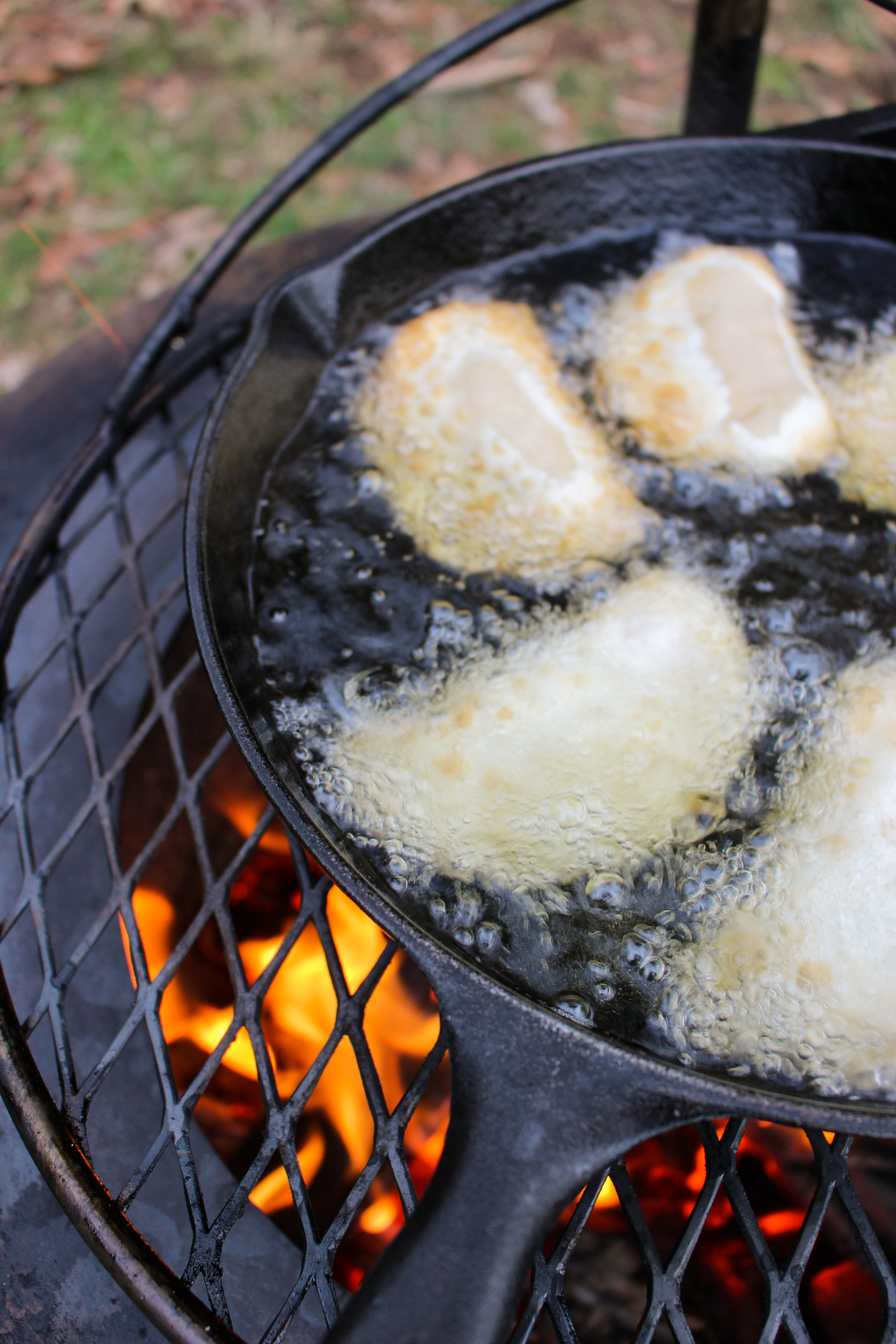 How I made these Fried Pancetta Empanadas

As for these Fried Pancetta Empanadas, we will start by sauteing up some pancetta with jalapenos, onions and garlic. Once that is nicely browned, we will pull the hot fillings off the fire and mix them with cream cheese, shredded cheese and scallions. Mix that all together, and then we will pull out the Empanada discs. I do not have a recipe for making empanada discs, but you can easily find good unbaked dough for this at your grocery store in the Frozen International Food section.

Placing a large scoop of filling onto a disc, we will fold them over and seal them.  You can either use the edge of a fork or the twisting method (again, google/youtube is your friend). Finally, we are ready to start cooking again. Getting the fire hot again, we will preheat some canola oil to 350F. Once the Fried Pancetta Empanadas are ready, we will fry them up in some canola oil at about 350F for only 1-1.5 minutes per side. Once they are golden brown, we will pull them off and bite right into them! Served with a side of Citrus Herb Chimichurri and you are ready to go. Cheers!

Have you pre-ordered my cookbook Food by Fire??? 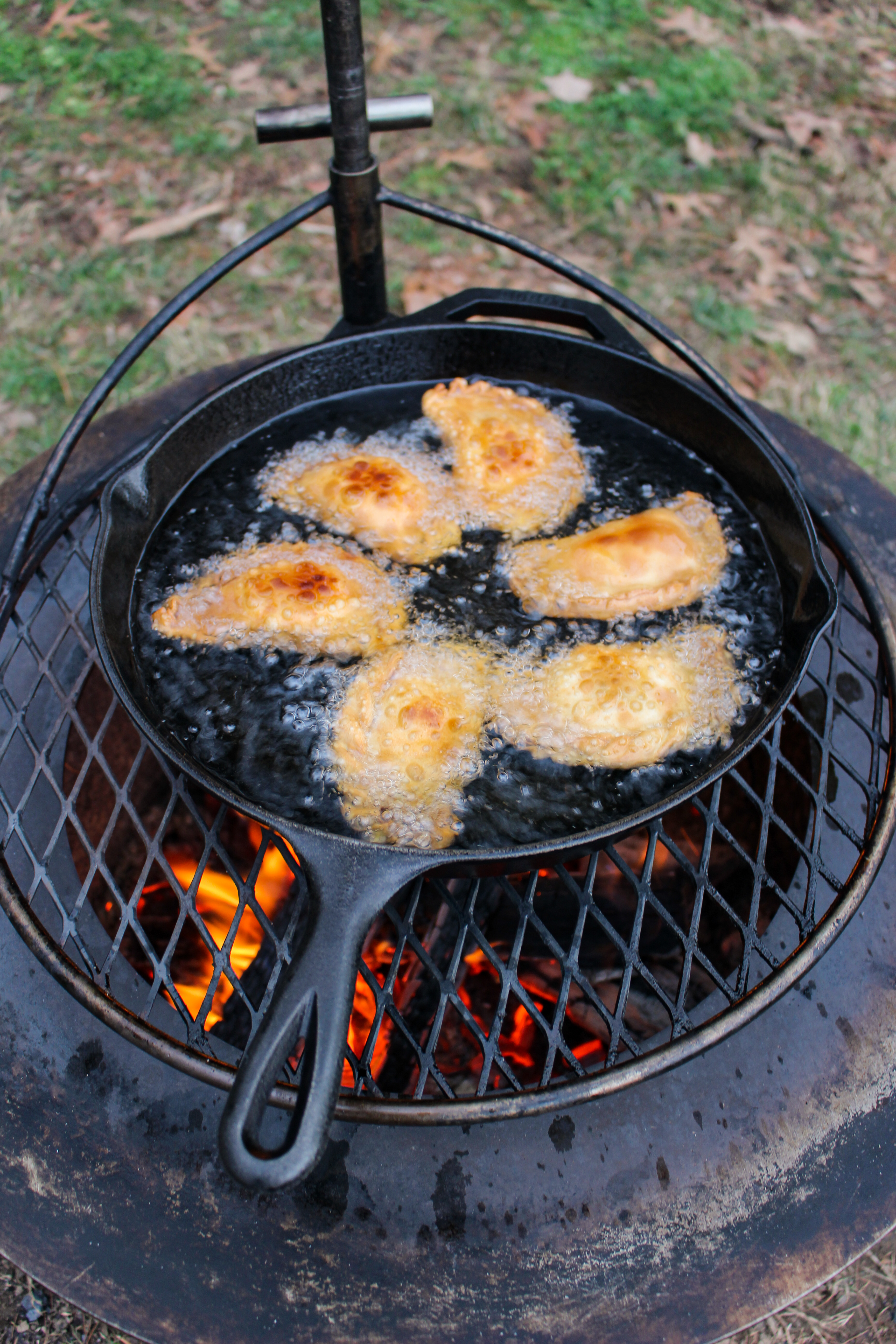 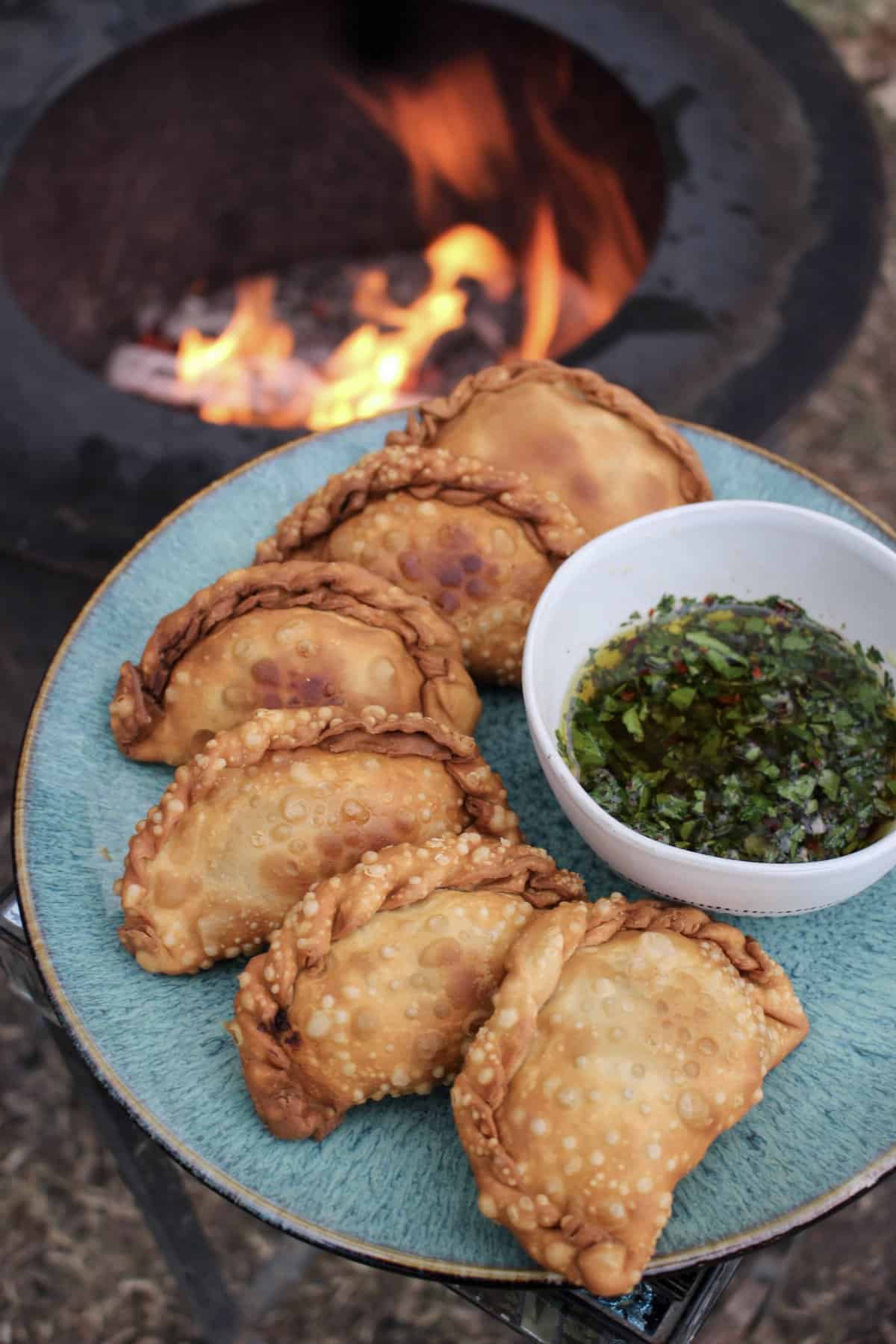 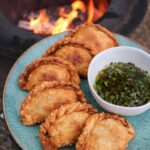