How do you like your cheese? Personally, I prefer the blue kind. That’s right, today we’re cutting the blue cheese and making some Buffalo and Blue Cheese Crusted Ribeyes! Buffalo and blue cheese are more than just dipping sauces for your chicken wings. Have you ever tried putting them on a steak? Tastes like magic! Okay, let’s do this.

The Only Mold I’ll Eat

Are you the type of person that checks the expiration date? The kind that goes through your fridge every so often and cleans it out based solely on if it’s expired or not? If so, we’re on the same team. I’m not joking around with anything past the expiration date, although I appreciate the gamble some of you are willing to take. Yes, I’m talking to you “sniff test” people. Just throw that milk away and go get yourself a fresh gallon.

However, it’s widely known that blue cheese is also moldy cheese. For some reason, when it comes to this specific cheese I say bring it on! It has such a bold and unmistakable flavor. It’s one that you either love or you hate, and I love it. I recently did a parmesan crusted pork recipe and thought it was time to cook something with a blue cheese crust. Alas, here we are. 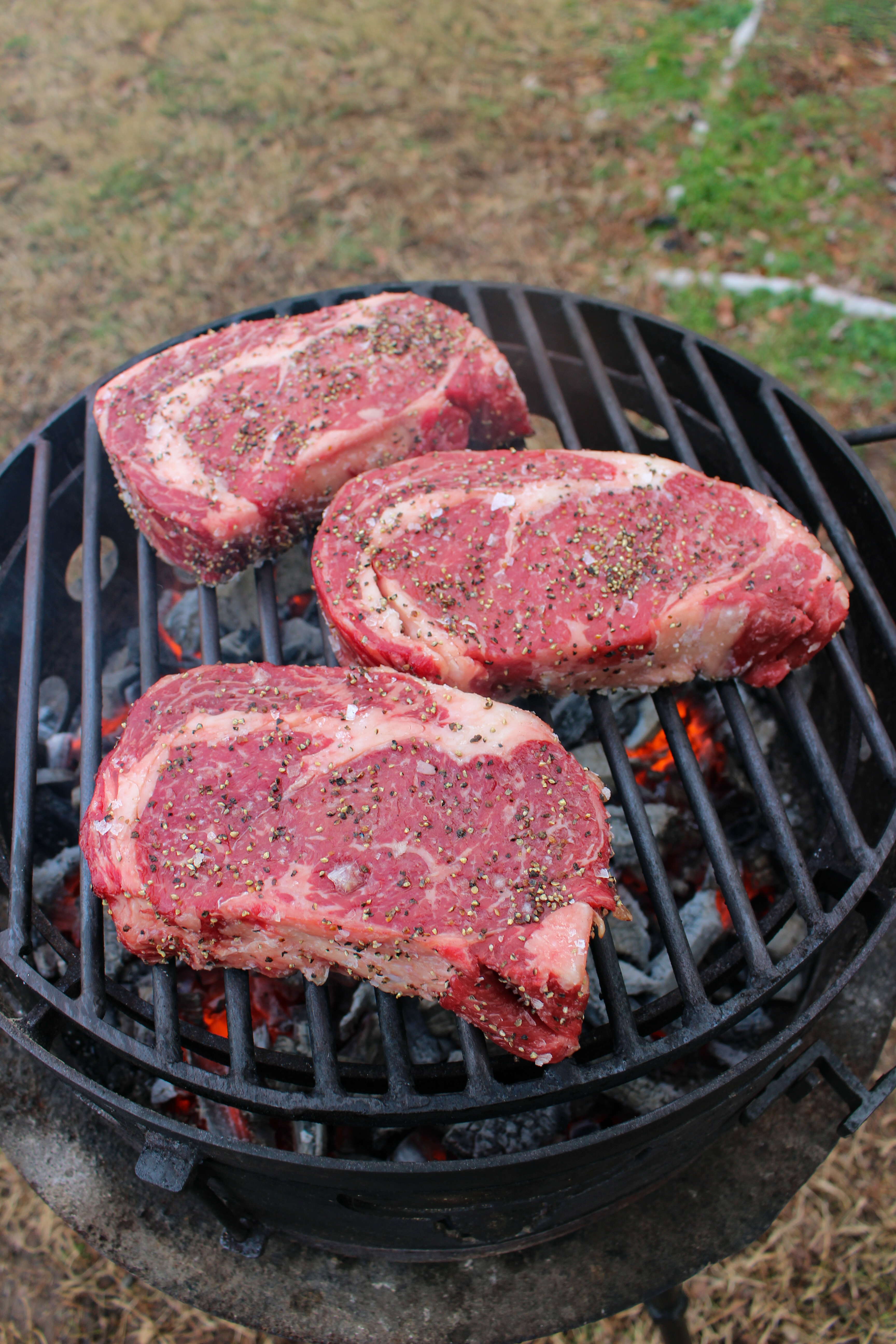 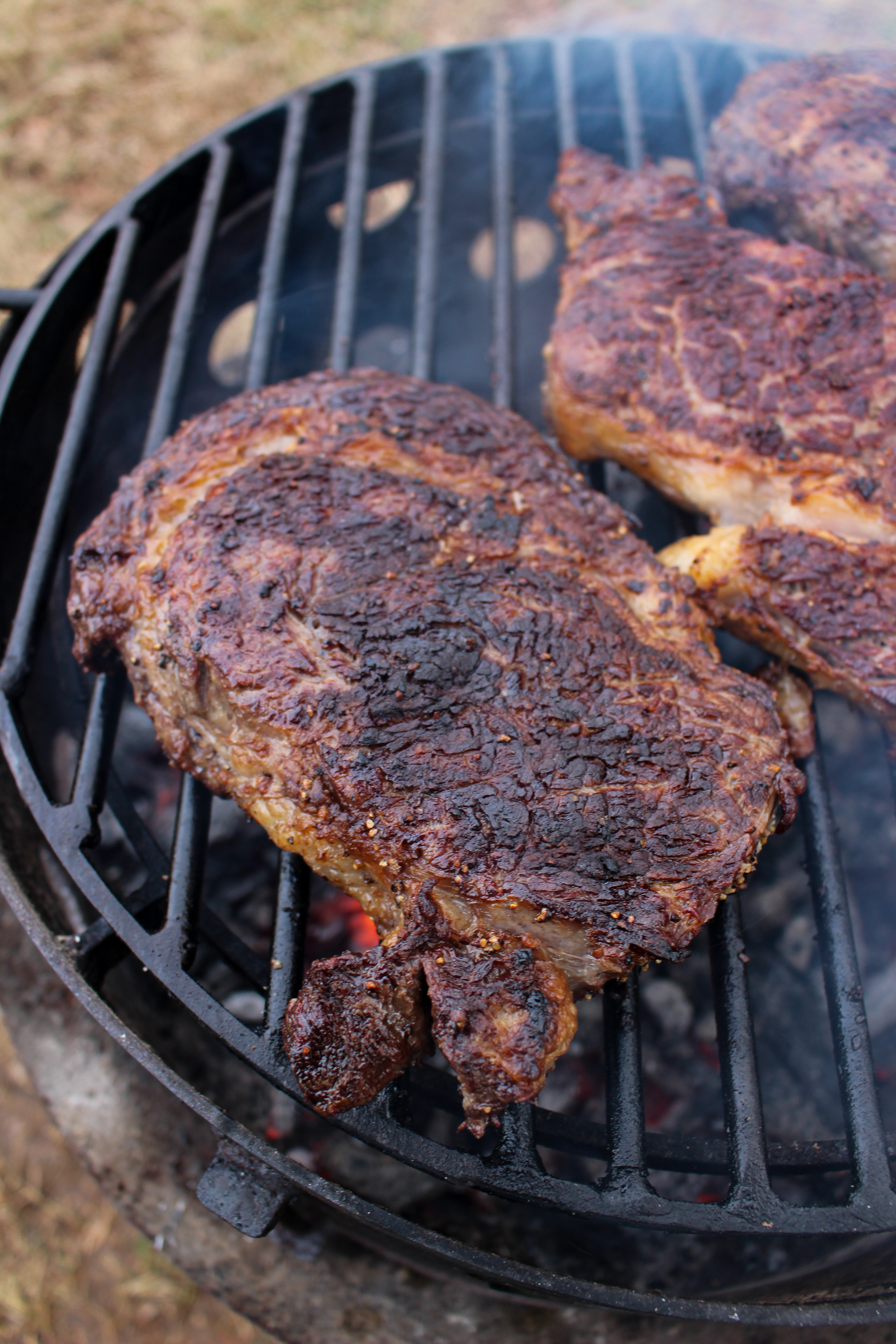 It’s All About the Blue Cheese Crust

The tale for my buffalo and blue cheese crusted ribeyes starts with the seasoning of our steaks. I kept it simple in this regard, all I used was coarse sea salt and pepper. Make sure to cover all sides and corners of the steaks, then place them in the fridge. Pro tip: placing them in the fridge for a bit will help ensure a better crust when grilling.

Now, let’s talk about this blue cheese crust mixture. The base, as you can probably guess, is blue cheese. I used blue cheese crumbles because it will make mixing it with the other ingredients easier. Next, I added in the panko crumbs, green onion, garlic and melted butter. All that’s left to do is mix, and mix it well! All the ingredients should fuse together into a loose paste.

Fire Up Those Charcoal Chimneys

Once our steaks are seasoned and blue cheese crust mixture is ready, we can fire up the grill. I filled a couple charcoal chimneys with some Cowboy Charcoal and waited until they turned bright orange in color. Once all the coals were hot I dumped them in the bed of my grill and set up the grill grate. Place each steak on the grill grate and cook to your steak likeness.

I pull the cooked steaks off the grill and place them on a cookie sheet. Grab that blue cheese mixture and spread it evenly across the top of each steak. Now, here comes the coolest party trick. Get a non-stick aluminum foil sheet and gently place it over the top, but not fully touching, the blue cheese crust on each steak. Then head over to your grill and grab a handful of those hot coals (using tongs, a bucket and/or heat safe gloves), and place the hot coals on the foil. Let the coals remain for a minute or two. You should hear the crust begin to bubble and caramelize. Then, lift the foil and check out your awesome, blue cheese crusted ribeyes!

Don’t worry, I didn’t forget about the buffalo piece of this cook. I did a drizzle of buffalo sauce on top of each steak before slicing and serving them. There you have it, some buffalo and blue cheese crusted ribeyes ready for the fanciest of dinners or casual get together. Best enjoyed with friends and family. Cheers! 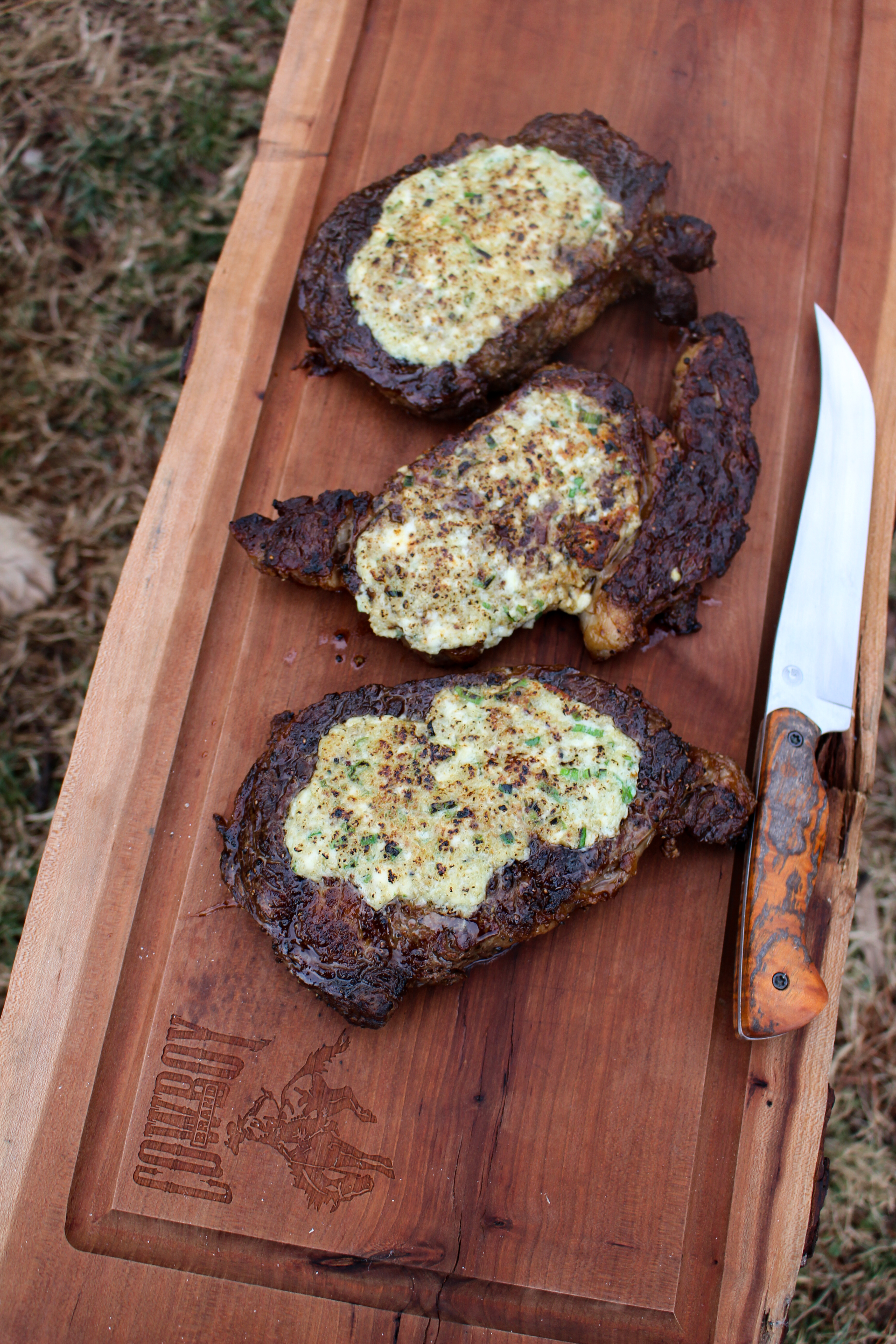 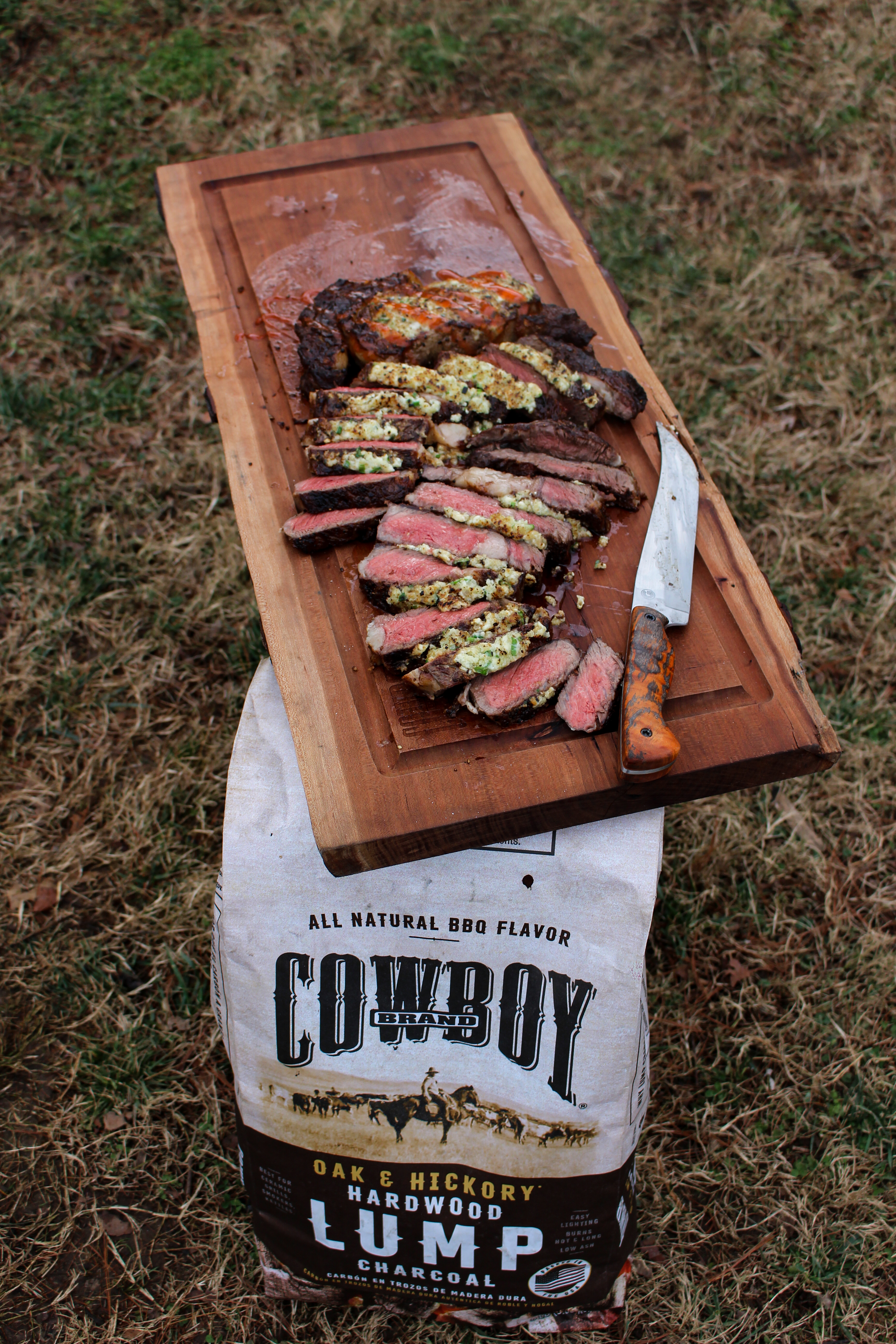 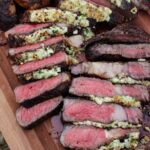