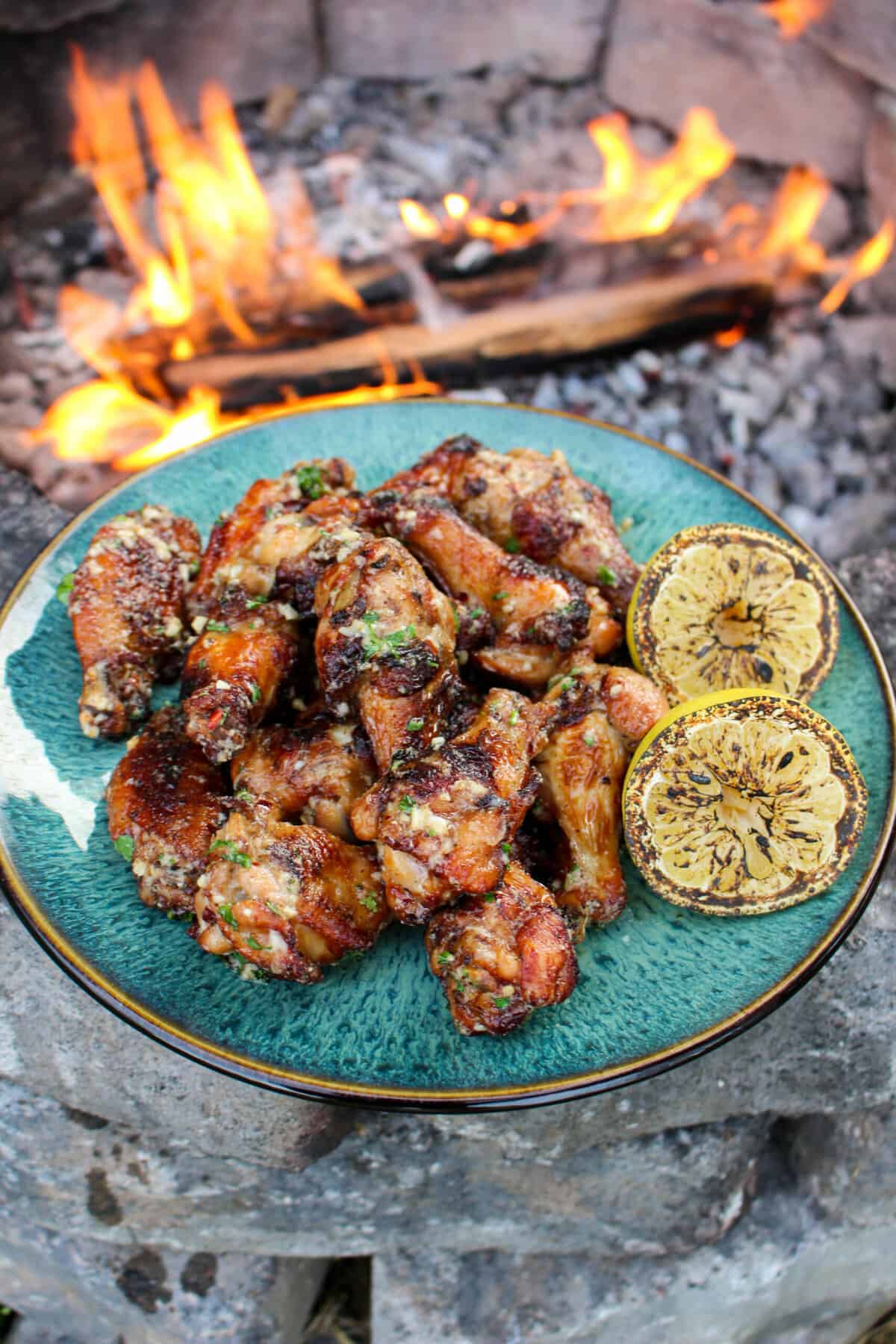 Everyone grab your tongs and grill grates because it’s time for another chicken wing throwdown! Garlic Parmesan and Beer Wings are here and they’re ready to party. I gave these chicken wings a brine bath overnight before grilling the following evening. Finished them off with a toss in some garlic parmesan butter sauce for wings that were out of this world! Let me give you all the delicious details.

Garlic Parmesan and Beer Wings, Great On their Own and Even Better Together

Everytime my wife and I finish a hike we’re craving two things: beer and wings. I’m not sure why and can’t recall the first time we went for beer and wings after a day of hiking, but it’s become a tradition of ours. I can feel the craving hit me as we take the final steps off the trail and head back to our car. Thought it’d be fun to create a recipe where the two came together, so alas the Garlic Parmesan and Beer Wings recipe was born.

I started by prepping the chicken the night before my cook. My chicken wing brine consisted of three ingredients: beer (of course), salt and sugar. Y’all know how much I love to marinate proteins before cooking them, but I feel like it’s important to highlight that this is a brine and not a marinade. The difference between a brine and marinade is really about your end goal. A brine is used to add moisture to meat while a marinade is for flavor. You’ll typically see brining on leaner cuts of meat. It helps the leaner protein become juicer, more tender and increases flavor since there’s inherently less fat to do it for us. 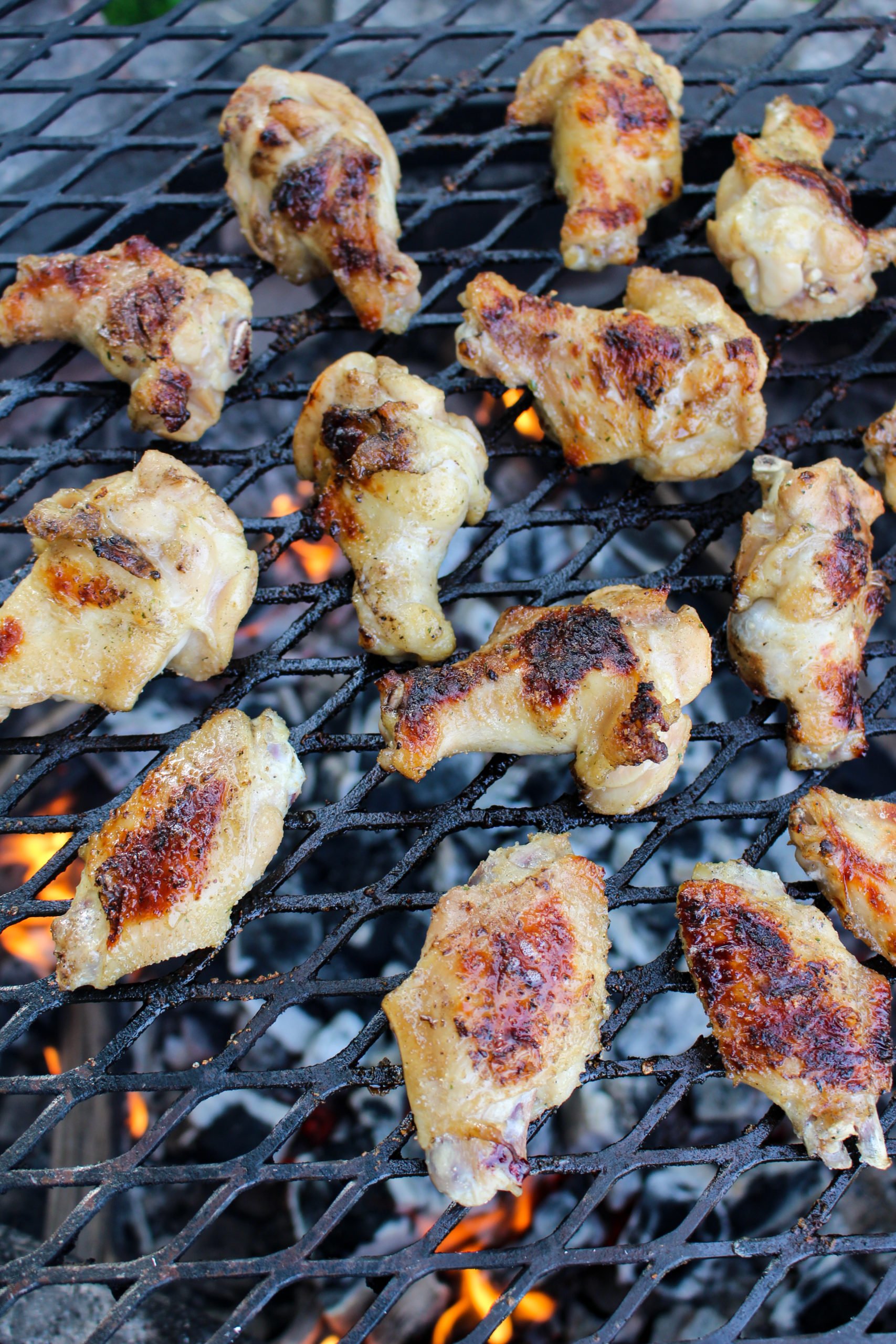 Fried, But Not Sunburnt

Dinner time is my favorite time because it brings the smell of a campfire and being outdoors. I started by fire and let the wood burn into hot coals. Then I placed all my future garlic parmesan and beer wings on the grill grate over the small flames. Flip the wings as needed and enjoy one of those extra beers while you’re at it. Cook the wings until they reach an internal temperature of 165 degrees Farhenheit. Pull them from the grill after they’ve hit temp and get ready for a quick fry.

Did you know that most restaurants finish their chicken wings by frying them? It creates that crisp outside and tender, juicy inside we all love. Since I want this for my wings too, I’ll be following a similar process. Grab a large, deep cast iron skillet and place it over the fire. Carefully fill it with some frying oil and let it heat up. Next, drop your beer wings in and leave them there until they’re golden brown in color (flip as needed, we want an even coloring… no lopsided garlic parmesan wings allowed). 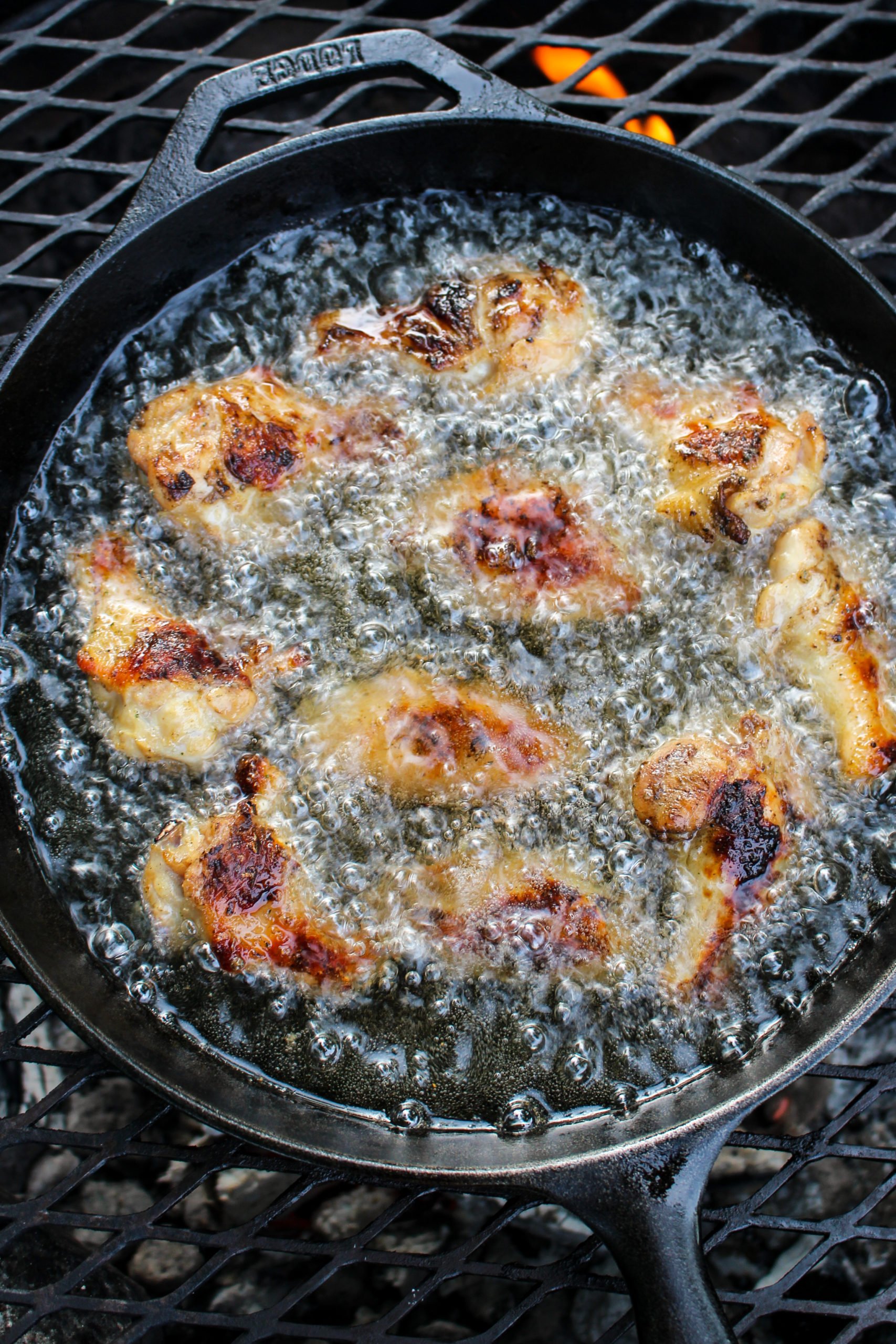 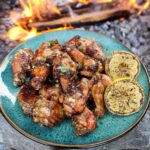 Everyone, it’s time for another chicken wing throwdown! Garlic Parmesan and Beer Wings are here and they’re ready to party.