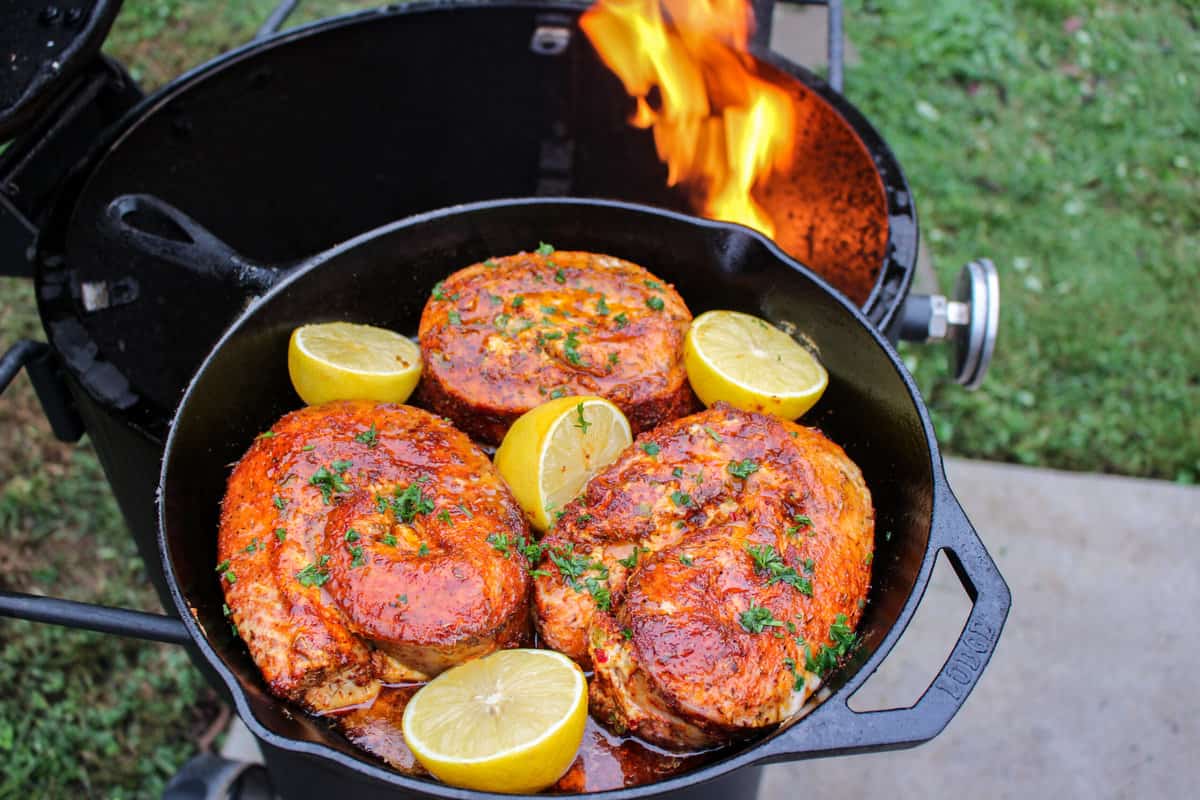 Maple Cajun Salmon Pinwheels for a skillet full of deliciousness! What’s not to love about a cream cheese filling and maple syrup finishing glaze? Not to mention the bacon bits and diced pimentos within that filling… I seasoned this salmon with cajun blackening seasoning before mixing together that cream cheese filling, slicing it into pinwheels and taking it to the smoker. About an hour later we were treated with some pretty freaking delicious salmon! Keep reading to find out how to make it yours!

We’ll kick this Maple Cajun Salmon Pinwheels recipe off with one salmon filet. When I picked mine up at the grocer, I asked them to remove the scales and skin from the outside of the fillet. You can eat the skin of a salmon, but for this recipe I opted to have it removed. Next, lather the tops side in oil and reach for some cajun blackening seasoning. I coated the top layer of the salmon with the seasoning before flipping it over and repeating the same process on the other side.

Now comes the fun part: the cream cheese filling! This filling is made with one, entire block of cream cheese. From here, mix in the bacon bits, diced pimentos, green onions, garlic, dijon mustard and mayonnaise. This creamy, savory filling pairs perfectly with the spiciness of the cajun salmon. With each bite you’ll get a sweet, mild pepper flavoring from the piments. Followed by a kick of salty and savory with the bacon bits and a nice crunch from the green onions. All in all, a ten out of ten!

I used a spoon to dollop and spread a generous amount of the cream cheese filling across the cajun seasoned salmon filet. Now, roll the salmon from the narrow, tail end of the filet up to the wider portion of the filet. I then used a sharp knife to cut three large pinwheels from the rolled filet. Place each pinwheel in a large cast iron skillet and take it out to the smoker. 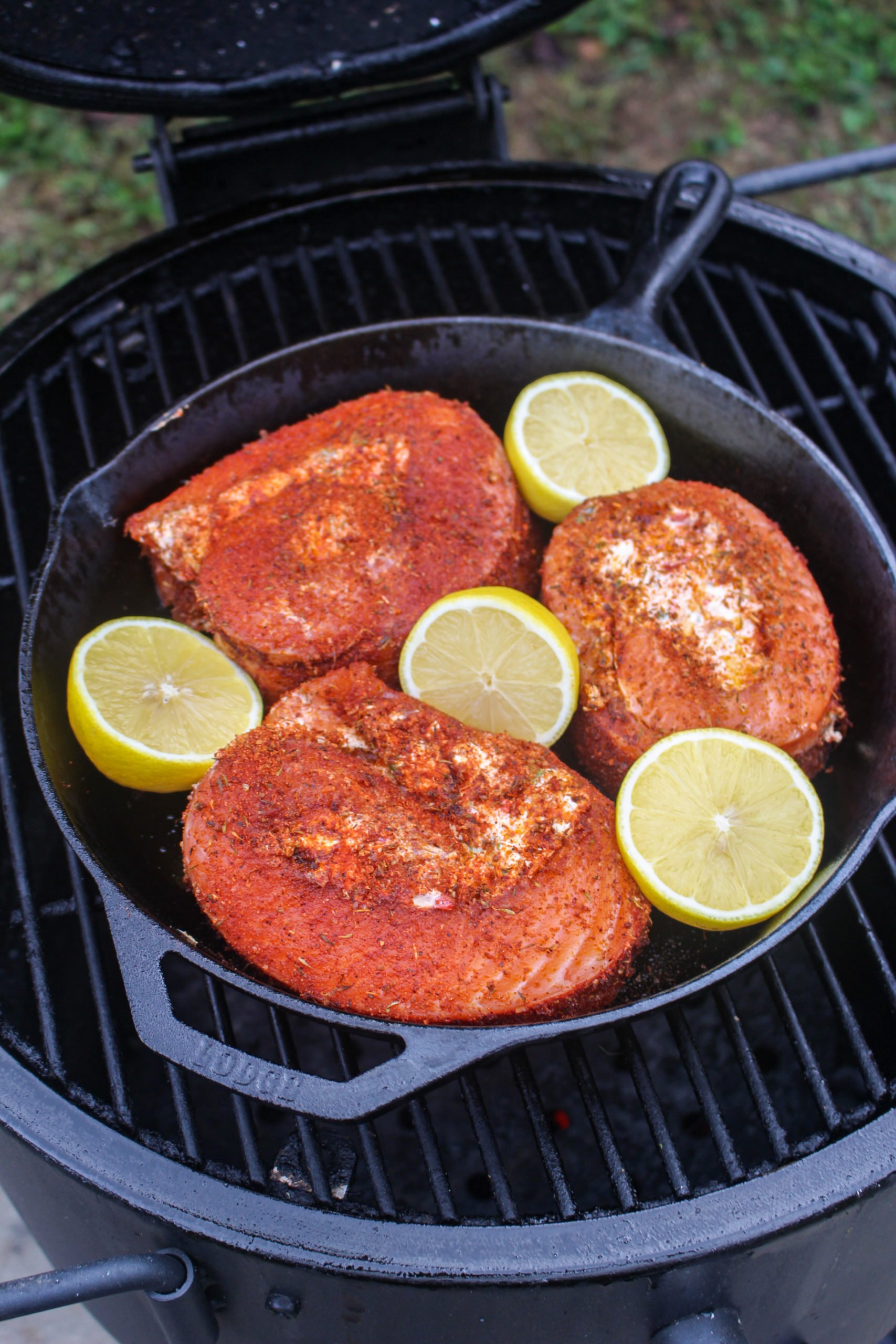 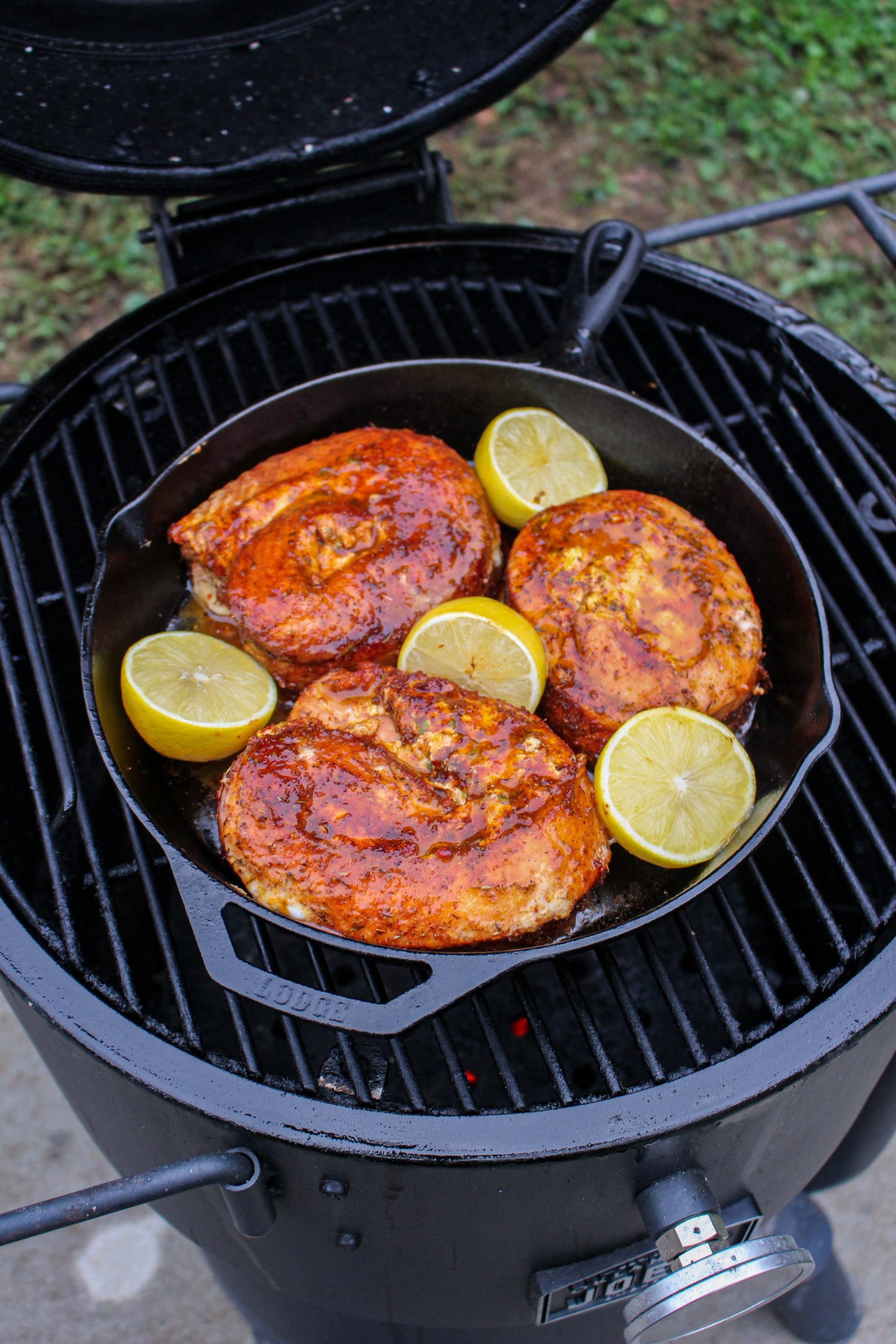 This maple glaze has only three ingredients: melted butter, maple syrup and hot sauce. You know I can’t have something too sweet without adding a kick of heat. Mix these three ingredients together and then use a basting brush to spread it across the top of each cajun salmon pinwheels, turning them into Maple Cajun Salmon Pinwheels!

The Salmon is Served

After glazing the pinwheels I closed the lid on the smoker to allow that glaze to caramelize a bit. From here, we’re ready to pull the salmon pinwheels from the smoker and serve them! I garnished the pinwheels with some parsley and then served them directly from the cast iron skillet. Best enjoyed with friends and family! Cheers! 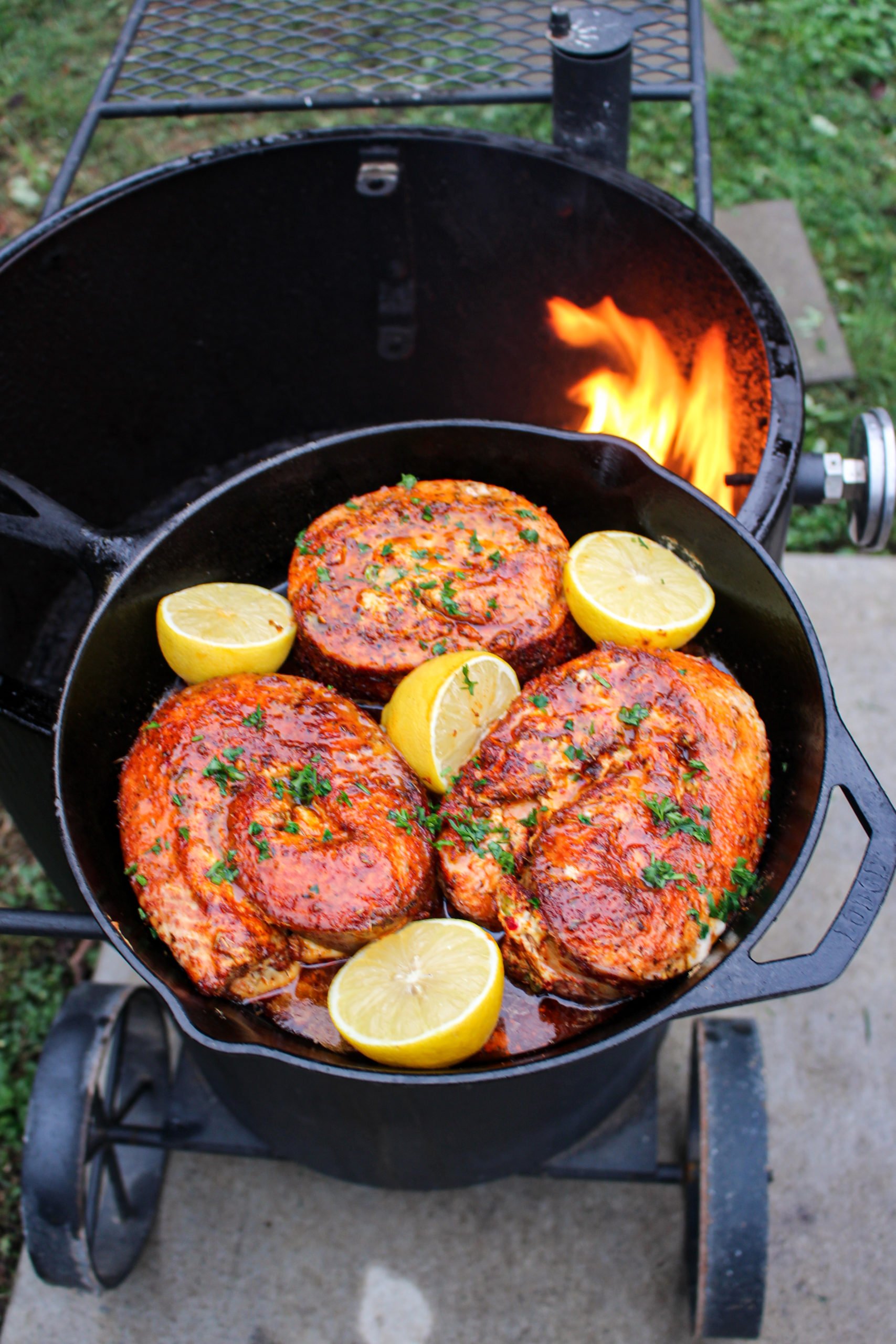 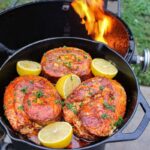 Maple Cajun Salmon Pinwheels for a skillet full of deliciousness! What’s not to love about a cream cheese filling and maple syrup finishing glaze?