Double the pork, double the flavor and double the fun! This Bacon Wrapped Honey Cajun Pork Tenderloin Recipe covers everything from sweet to savory to spicy. I fired up my Oklahoma Joe’s Bronco and soaked up some spring sunshine while I cooked this tenderloin. It made for a great evening and an even better meal! Here’s how it all went down!

Before the bacon, let’s talk tenderloins. I started with two pork tenderloins, trimmed and silver skin removed. Then I covered each loan with a generous amount of cajun seasoning, using dijon mustard as my binder. Now, set the cajun pork tenderloins aside and pull out the bacon!

Bacon architecture… It’s a real thing that we need to talk about for this recipe. More specifically, the bacon weave. Not only does a bacon weave provide structure and make wrapping the tenderloin easier, but it also gives you style points. Basically, it’s a must for this Bacon Wrapped Honey Cajun Pork Tenderloin recipe! 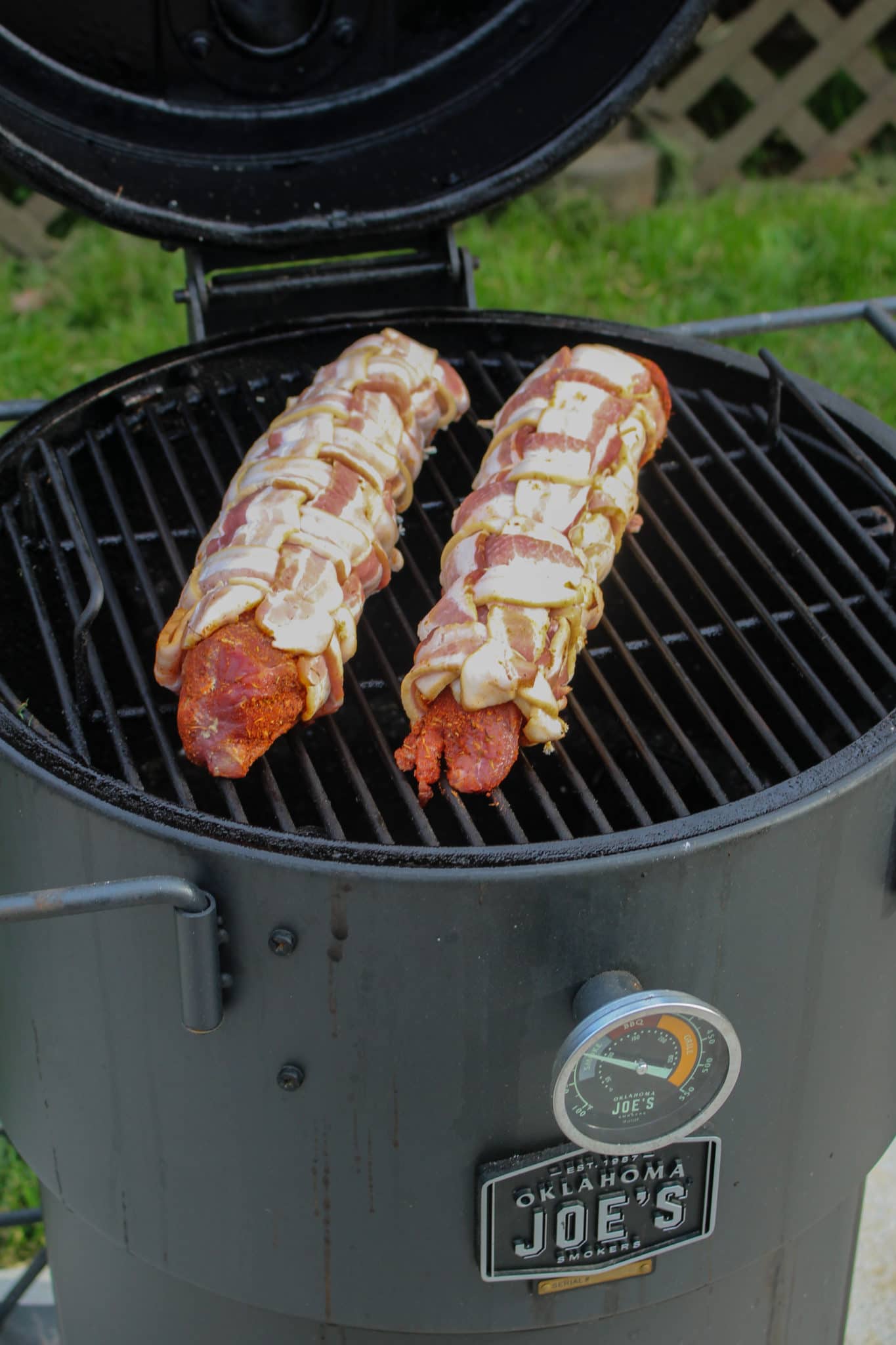 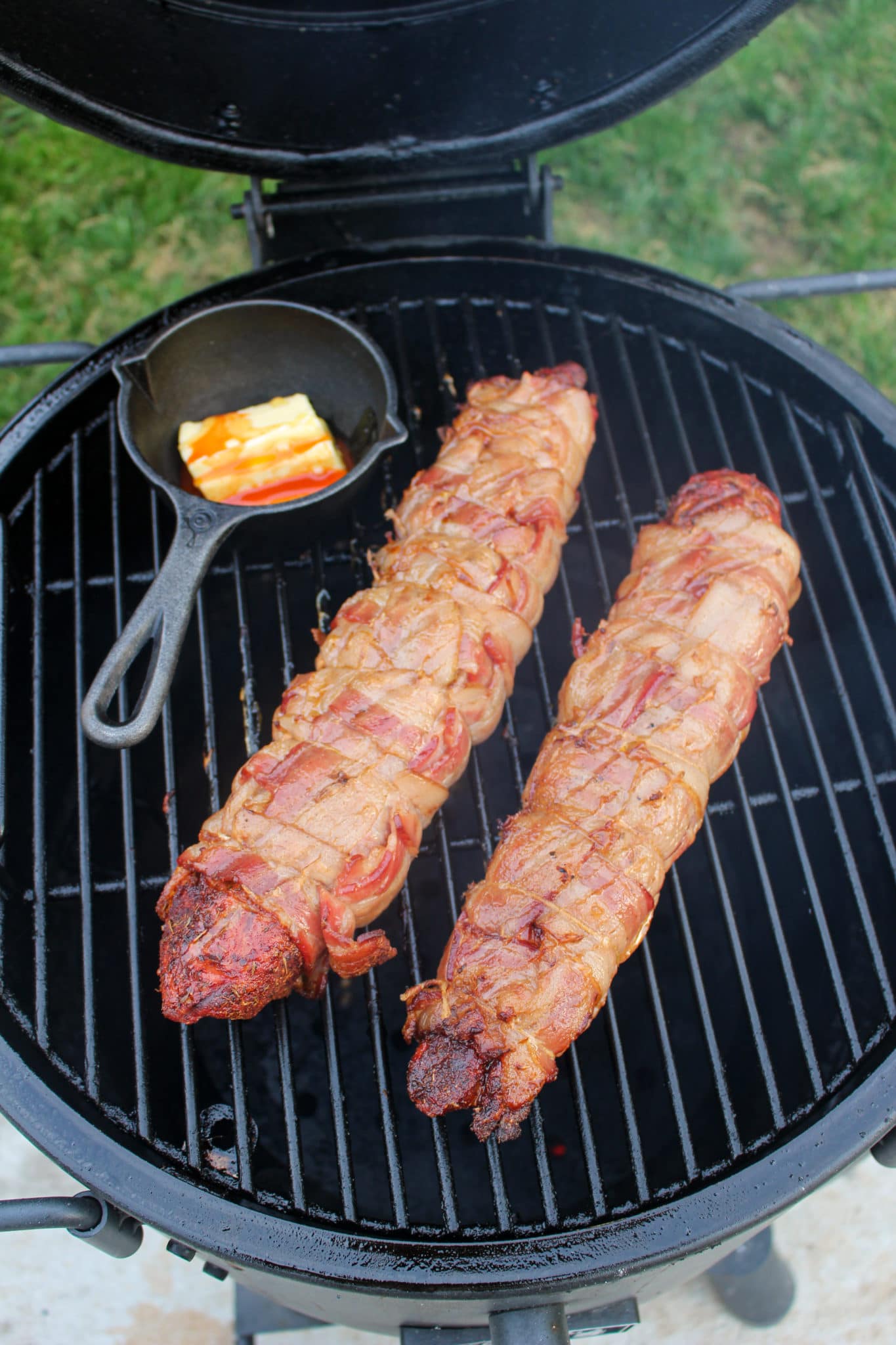 I bet you were wondering when the honey was going to come into play for this Bacon Wrapped HONEY Cajun Pork Tenderloin recipe. Well, here it is! In a small, cast iron sauce bowl I tossed in some butter, honey and a dash of hot sauce. Let this sauce melt and combine. Then, pull the sauce and the tenderloins from the grill.

A Crisp Bacon Wrap for Some Honey Cajun Pork Tenderloin

The key to taking this recipe to the next level all comes down to this. Above, I told you to pull the sauce and tenderloins from the smoker, but don’t serve them yet! I set mine to the side and then quickly pulled the coal basket from the bottom of the smoker and set it directly under the grill grate. Now, add the bacon wrapped tenderloins back to the grill.

When you’re happy with the level of bacon crisp, pull the tenderloins from the smoker. Then, cut the trussing strings off the tenderloins and you’re ready to eat! I sliced each tenderloin into 2 inch thick pieces and served it straight from my cutting board. Best enjoyed with friends and family. Cheers! 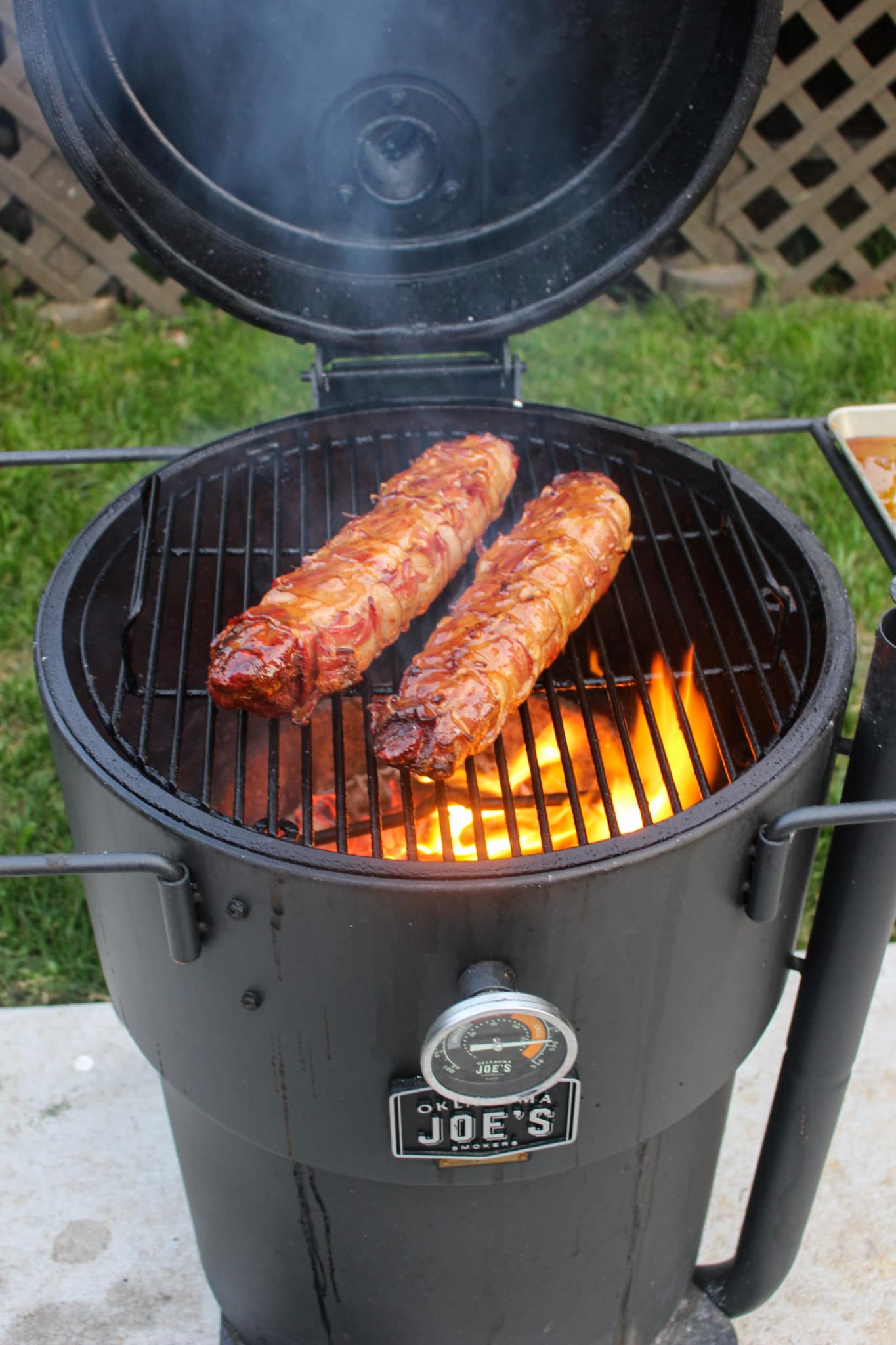 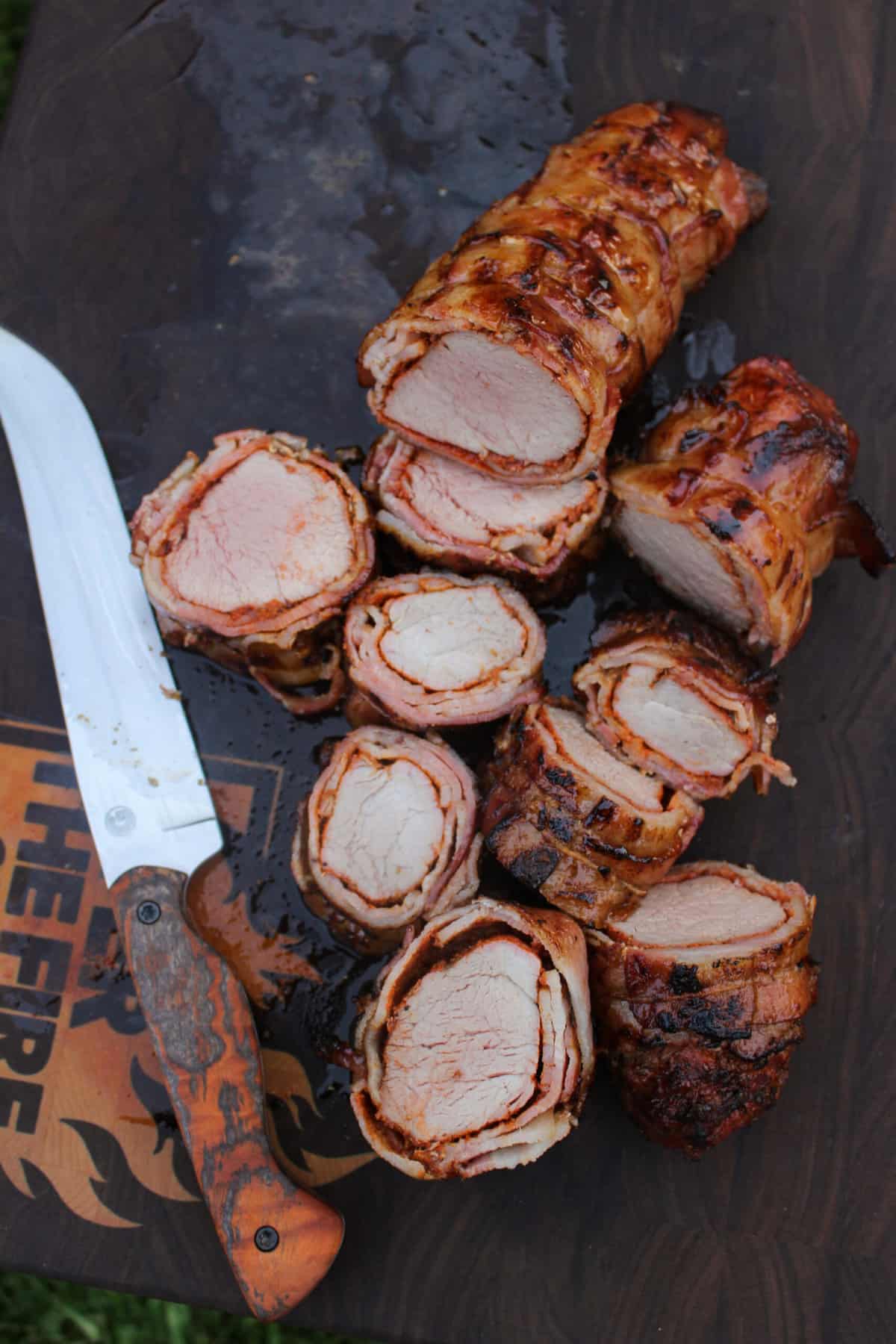 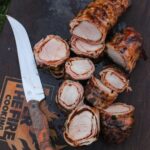