Coffee Crusted Venison Chops topped with a blueberry chipotle sauce is what’s for dinner tonight! We’re back at that venison game with this recipe and it tastes even better than it looks. Bold coffee flavors for our venison chops with a bit of a cinnamon and chipotle twist in the seasoning. Pair that with a spoonful of blueberry chipotle spice on top and you’ve got a homerun hitter. If you weren’t hungry before, you are now!

I recently cooked a Venison Rack with Wild Herb Butter recipe that was so delicious it left me craving more venison. Hopefully you feel the same because we’re back at it, but this time it’s Coffee Crusted Venison Chops. It’s a relatively easy recipe, so with that let’s dive in!

I started this recipe by lathering each venison chop in oil. Then sprinkle the venison seasoning all over that chop. This seasoning mix up contains coffee (for obvious reasons), but also cinnamon and chipotle powder. If you haven’t tried a coffee crust on red meat, you need to. I’ve cooked a couple coffee recipes and I’m always surprised by how much I enjoy them. I threw the cinnamon into the mix to provide a bit of sweetness and balance some of the bitterness from the coffee. Why the chipotle powder? Mostly because I just love chipotle! The hint of spice it brings is nice too. 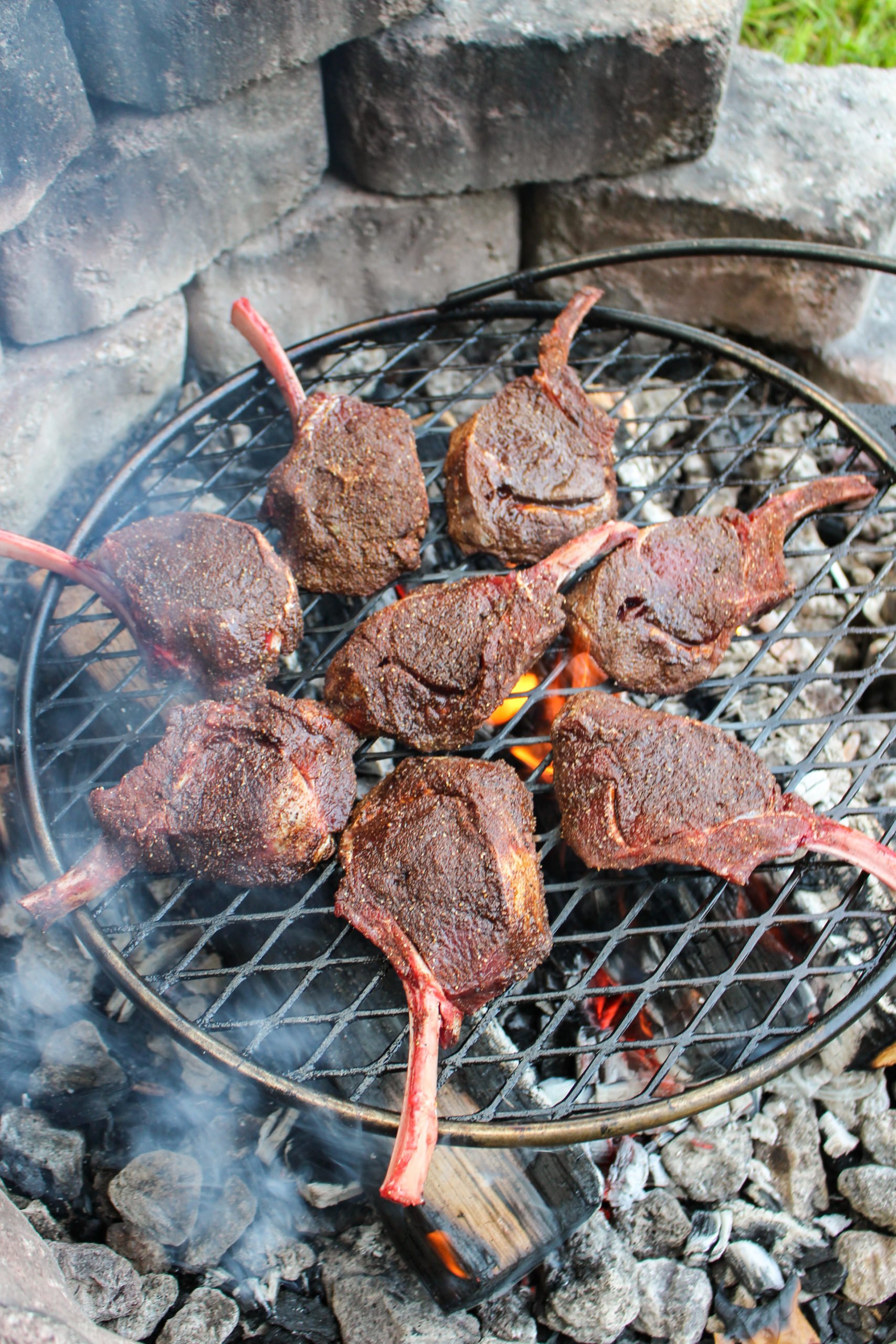 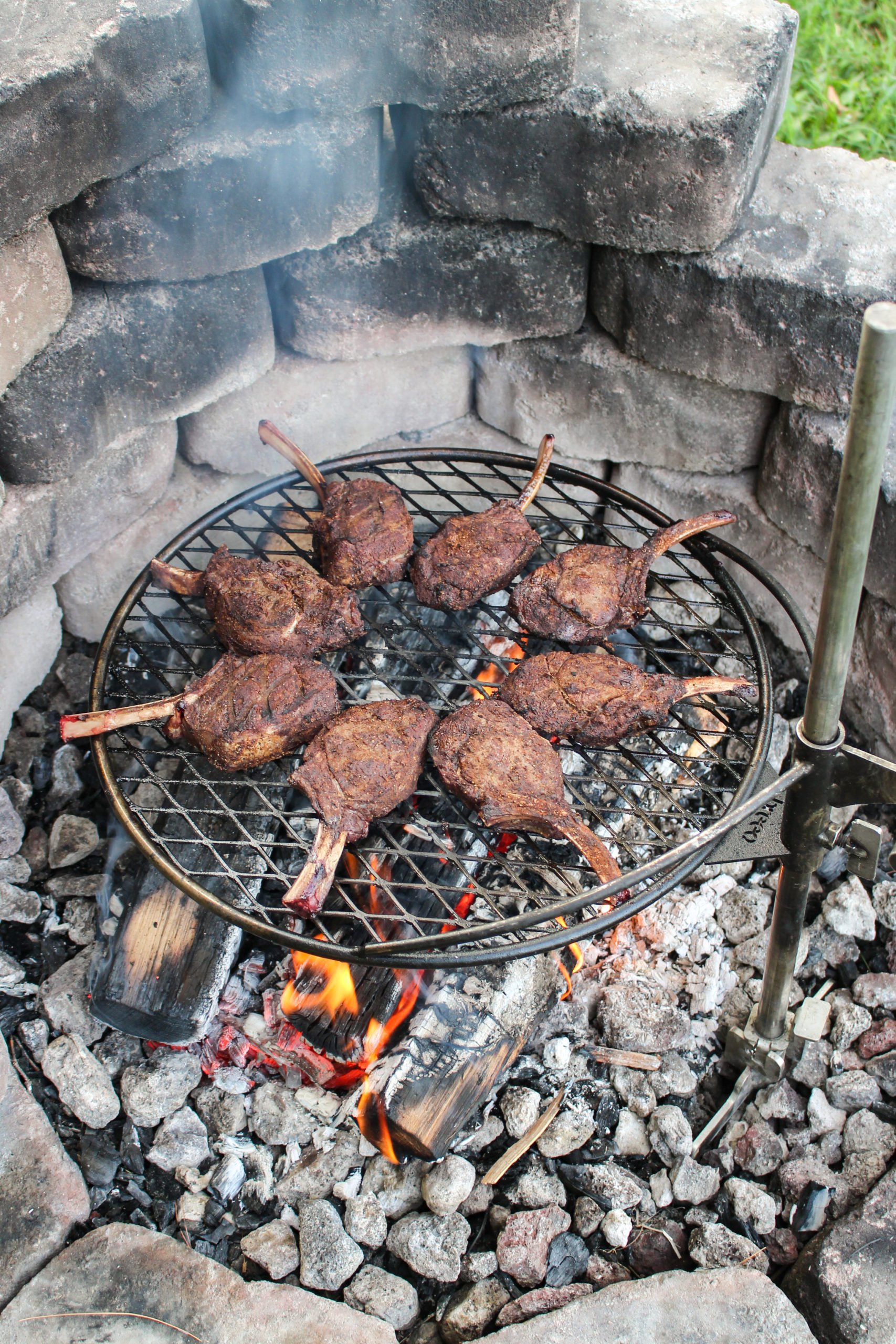 Have I ever mentioned how much I love a good dipping sauce? Don’t get me wrong, the proteins I cook are great on their own. It’s just that a sauce can take it to the next level. You can add in a whole new flavor by adding a sauce to a dish. What’s even better is creating a sauce that brings out the best in the entrée. Anyway, this blueberry chipotle sauce will be one I make again for other recipes too. It’s that good.

Of course the main ingredients are blueberries and chipotles in adobo. I added some molasses and brown sugar to the mix to help sweeten up the spiciness of the chipotles. Be aware, those chipotles can get spicy! I also used apple cider vinegar because it adds a bit of sour tang. So sweet, so spicy and so yummy! Toss all the ingredients in a blender and blend until smooth. Then set it to the side until our venison is cooked. 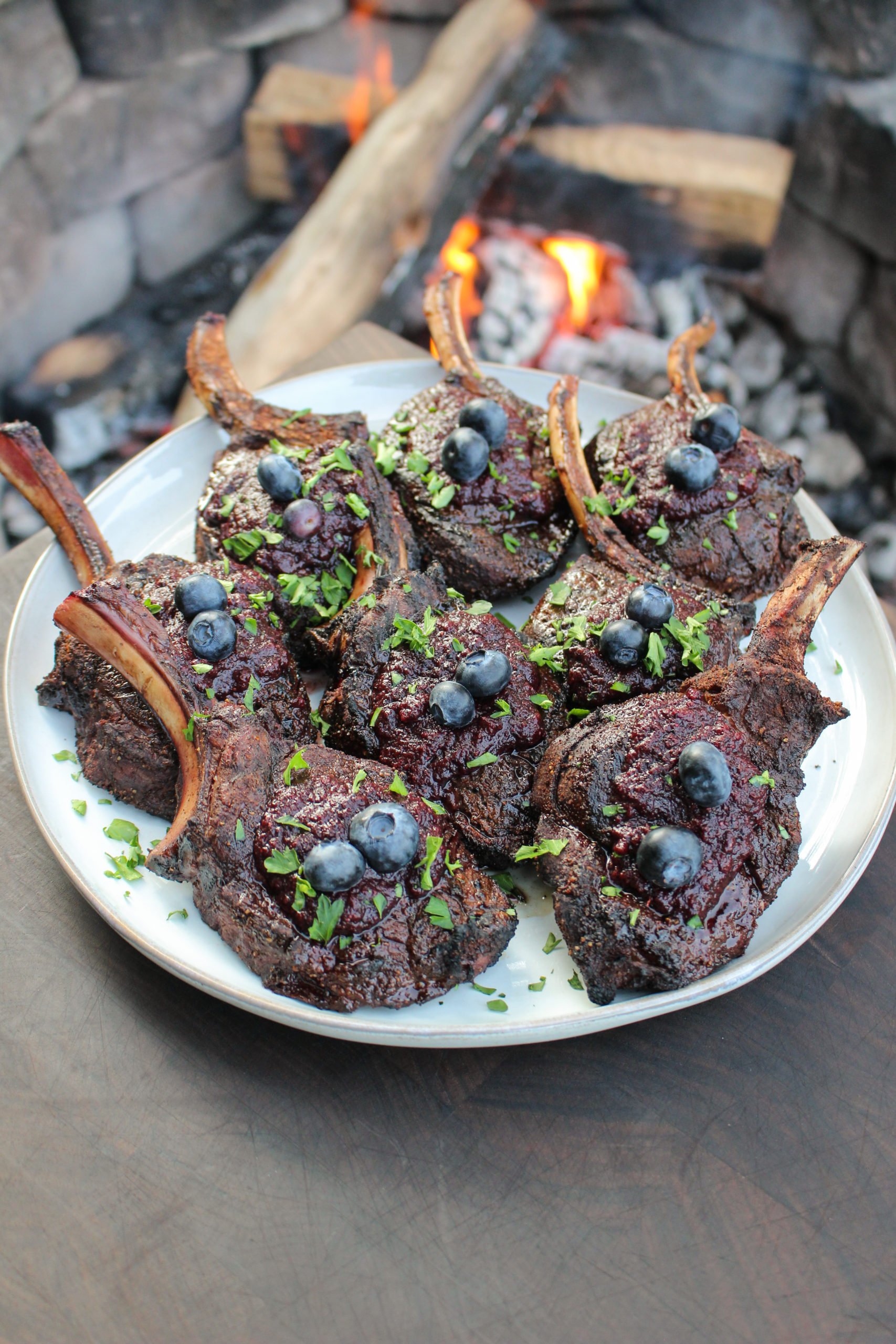 Back to Coffee Crusted Venison Chops

I used my Breeo Outpost to cook these venison chops directly over the flames. I cooked them for a few minutes per side and pulled them from the grill once they reached an internal temperature of 120 degrees Fahrenheit.

Remember, the longer you cook the venison chops the tougher the meat will get. It’s important to note for this Coffee Crusted Venison Chops recipe because venison is such a lean cut of meat. At the end of the day, you’re cooking for yourself so cook it to your liking. Go in with a game plan of what internal temperature you want your venison to hit. Especially if you’re new to cooking with venison, it is a bit different from cooking beef.

Back to our recipe. Pull the venison from the grill and set them on a serving plate. Now, grab the blueberry chipotle sauce. I placed a spoonful (or two) of the sauce on top of each venison chop. Then I garnished with a couple blueberries and some chopped parsley. Best enjoyed with friends and family. Cheers! 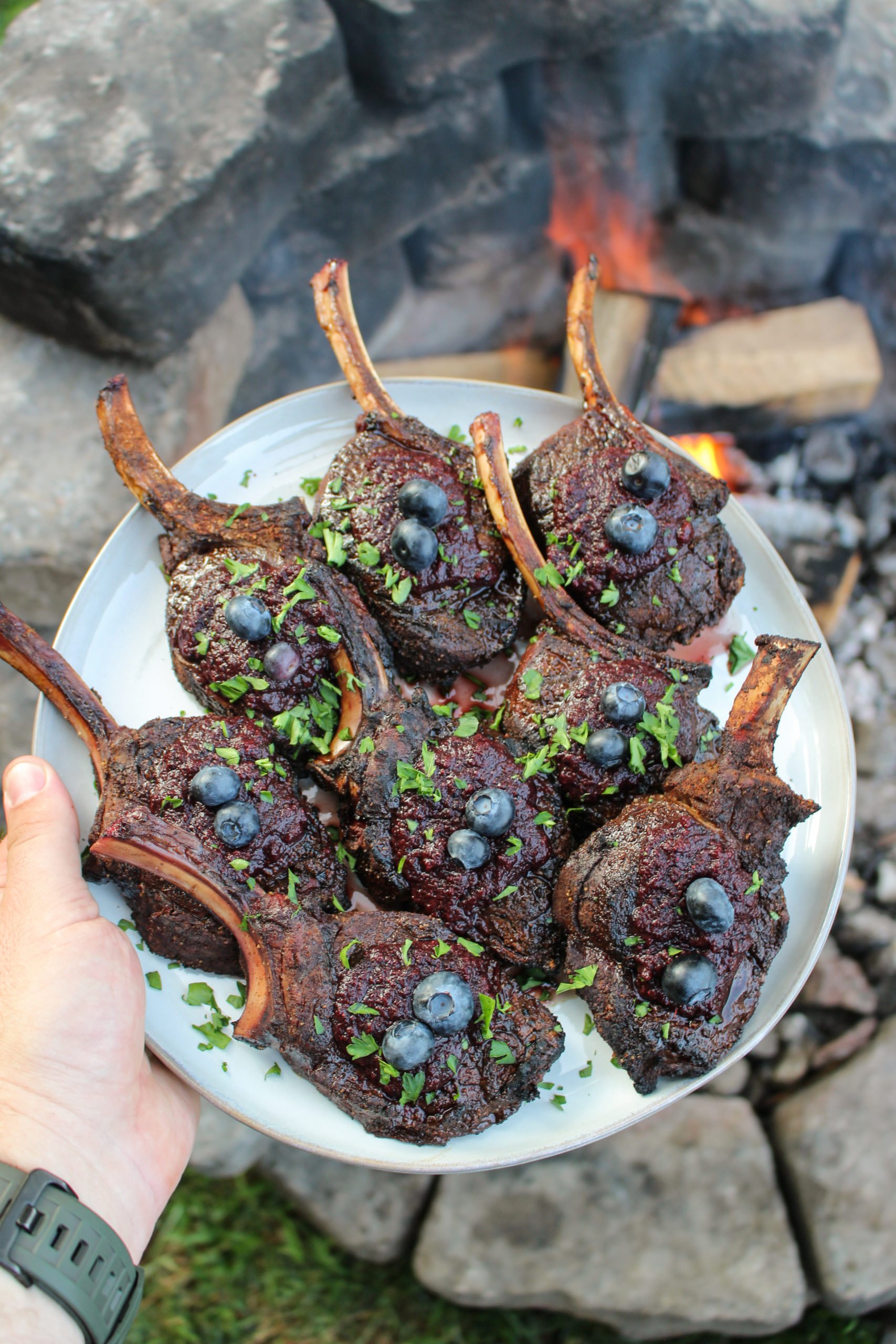 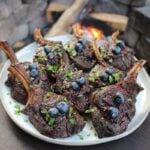