Nothing brightens up a gloomy day quite like cooking over some fire! Today I got the oven out and baked these parmesan crusted lobster tails. I’m a big fan of lobster and love getting creative with the different flavors to mix with it. I haven’t done a cheesy lobster in a while, so I thought it was time to revisit cheese with lobster. They were so delicious and super easy to make!

First things first, light up that oven. Similar to preheating an oven indoors, we want our wood oven to be nice and hot before we start cooking in it. Before I did anything for this recipe, I got my axe out and started splitting wood. Once I had a decent pile of smaller wood chunks, I placed the bunch in my oven and got those flames roaring. This gives them plenty of time to start to coal up before we get to cooking. Hot coals equals consistent heat equals delicious food!

Once I had the oven taken care of, I shifted my attention to the lobster tails. I started by slicing each one down the center lengthwise. Then, I poured a pencil thick layer of rock salt into a medium size cast iron skillet. The main purpose of the rock salt is to help stabilize our parmesan crusted lobster tails and keep situated upright as they cook. Another added benefit to the rock salt is that it helps prevent burning the bottom of the lobster tails. It also just looks cool, so really win-win all around.

Have your pre-ordered my cookbook Food by Fire??? 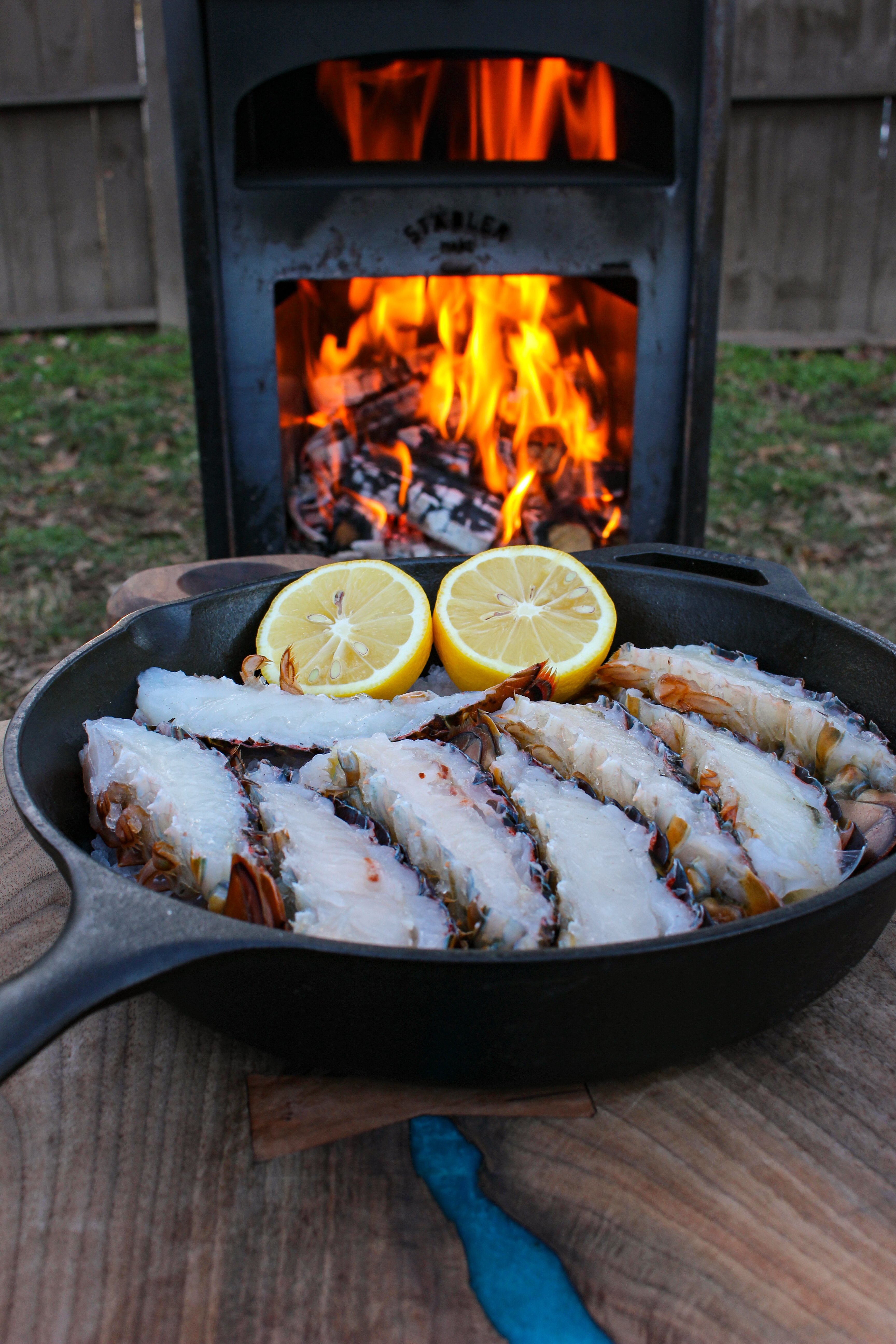 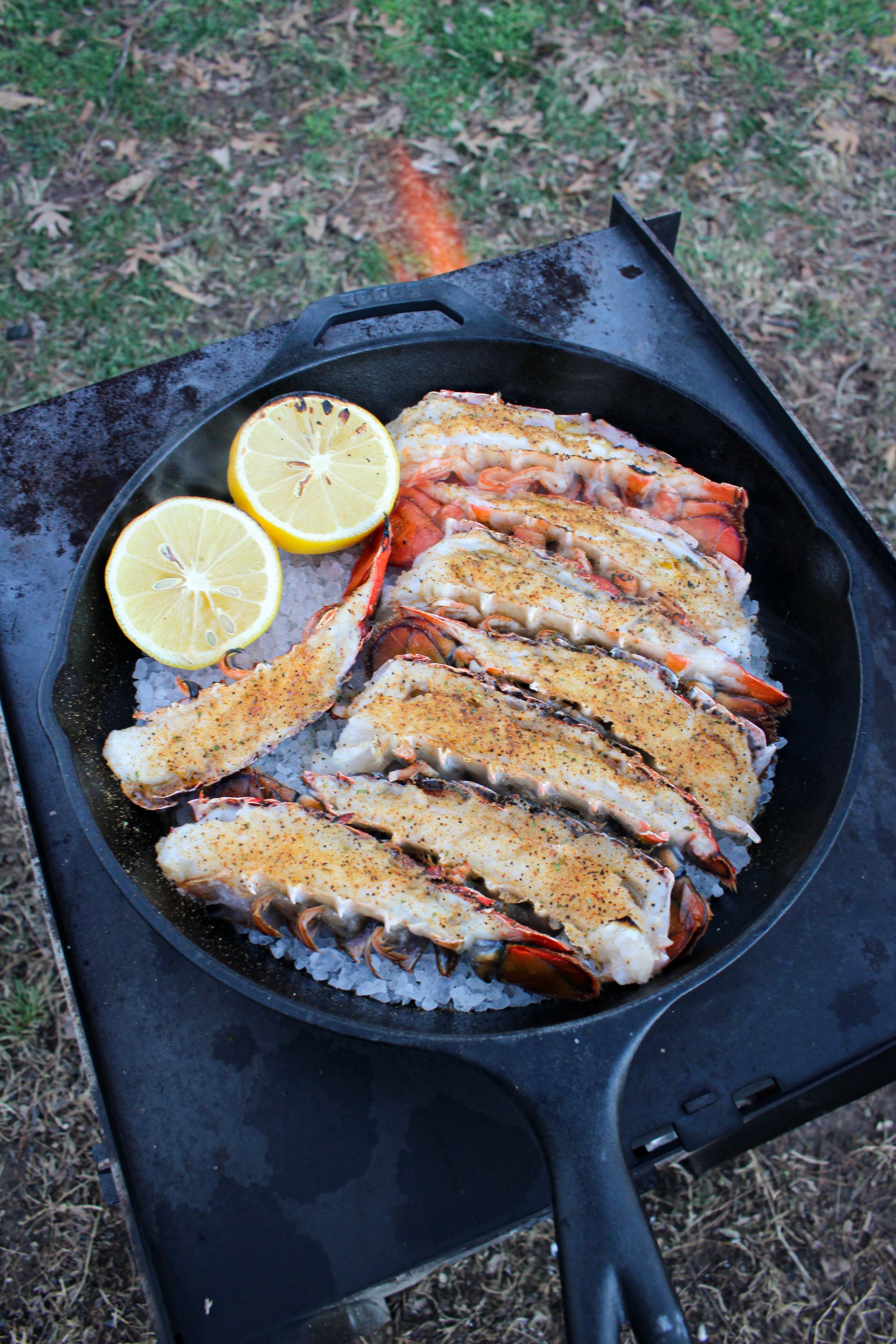 I broke out the OG seasoning for this recipe. That’s right, Chipotle Garlic taking another recipe to the next level. Once I had each lobster tail set in the cast iron skillet, I gave each tail a dusting of chipotle garlic. The more chipotle garlic you use, the more of a kick this dish will have. After you season the lobster tails, you can place them in the wood fired oven.

Next up, the parmesan crust. There’s nothing tricky about this prep, simply add all the ingredients together and stir until well mixed. The panko crumbs should soak up the butter, white wine, and lemon juice. It will end up having more of a paste consistency than a liquid, so keep that in mind. You can also add more panko crumbs if you need to thicken the mixture a bit.

Swimming in a Parmesan Crust

Once the lobsters are almost finished cooking, pull them from the oven and lather them in the parmesan crust mixture. Try to spread the mixture across the lobster tails as evenly as possible. Pop the skillet into the fire for another couple of minutes until the crust is golden brown and the lobster meat is white & no longer translucent.

When the tails are done, pull them out and let them cool so they don’t burn your tongue. Add some more lemon juice if you like, then dive right into them. These Parmesan Crusted Lobster tails are such a fun and simple recipe to make easily in the backyard or before the big game. Make sure to give them a try!

Have your pre-ordered my cookbook Food by Fire??? 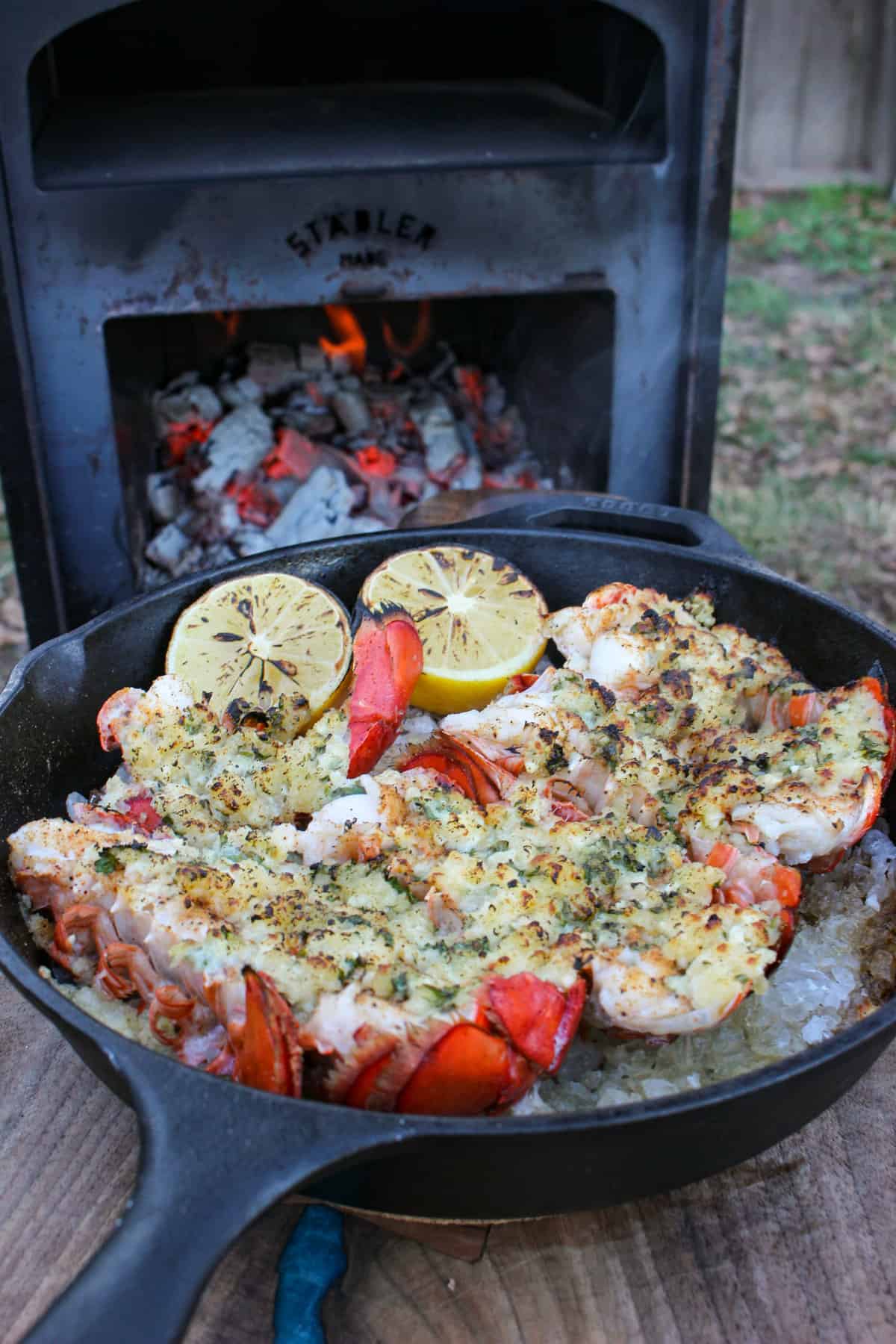 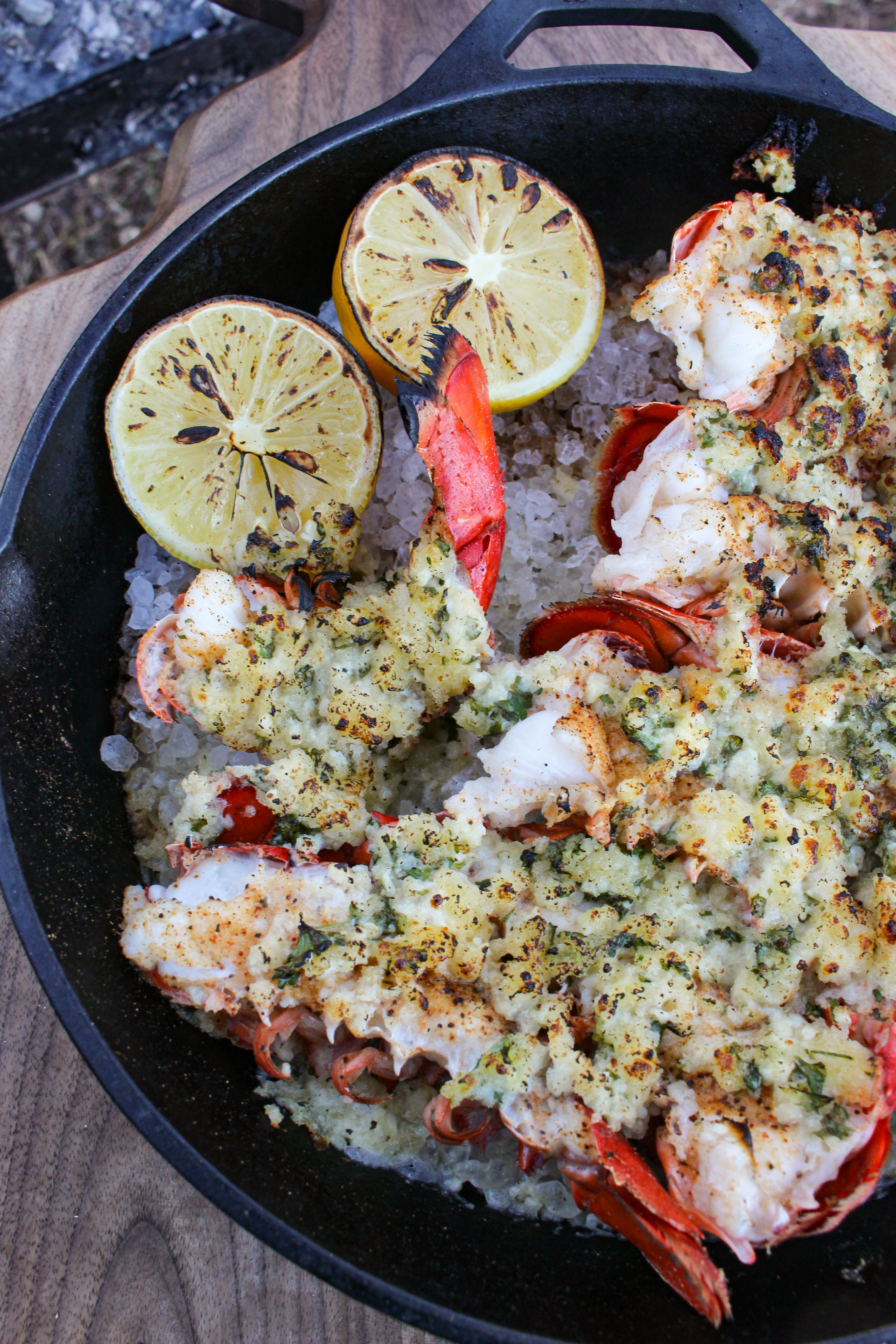 Nothing brightens up a gloomy day quite like cooking over some fire! So today, I got the oven out and baked these parmesan crusted lobster tails.
Prep Time15 mins
Cook Time15 mins
Total Time30 mins
Course: Main Course
Cuisine: American
Servings: 4 people
Author: Derek Wolf
Cost: $50