This Peruvian Steak Stir Fry is the ultimate stir fry recipe. It’s made up of crisp-tender bites of flavorful steak and a colorful blend of red onion, red bell pepper, and french fries. Then we’ll finish it off with creamy and flavorful homemade Aji Amarilla mayo!

This recipe is perfect for serving a crowd, requires a quick 15 minutes of hands-on time, and is loaded with all the flavors!

First, marinate the steak! We’re soaking the steak in a salty, tangy, flavorful, and simple marinade that creates the perfect flavor base for the stir fry.

Cut two pounds of either skirt steak or flap steak into cubes, then add it to a bowl along with soy sauce, white vinegar, salt, black pepper, cumin, lime juice, and canola oil. 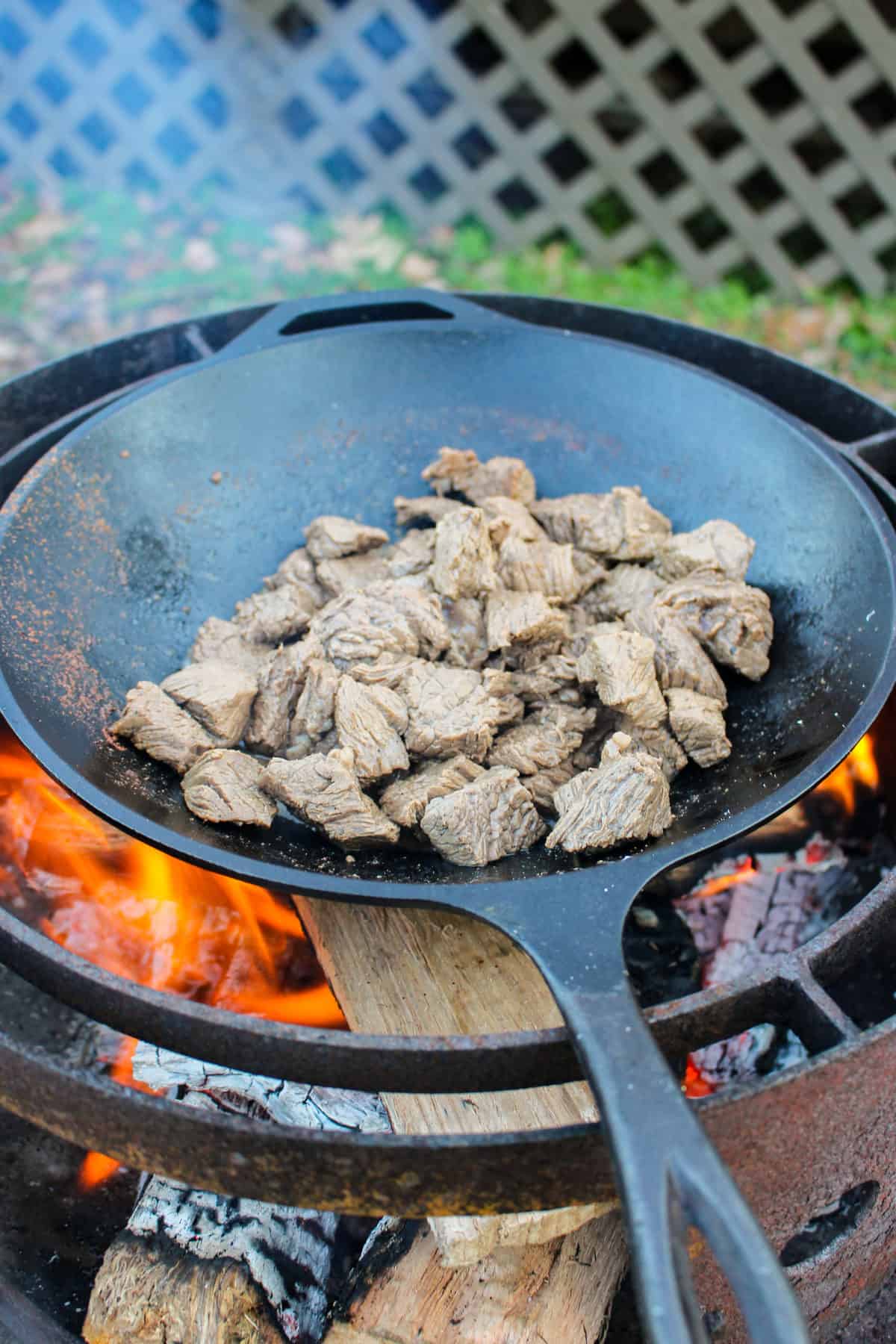 Set the mixture in the fridge and allow it to marinate for at least two hours, but ideally overnight. We say ideally overnight because the longer it sits, the more flavor the meat will soak up!

In my opinion, all stir fry recipes should include a jazzed-up mayo, because who doesn’t love meat, veggies, and rice with a dollop of creamy mayo? This Aji Amarillo mayo is the perfect addition to our Peruvian Steak Stir Fry.

That’s it. It is difficult not to to just eat this mayo by the spoonful, but save at least some for your stir fry, because it’s worth the wait! 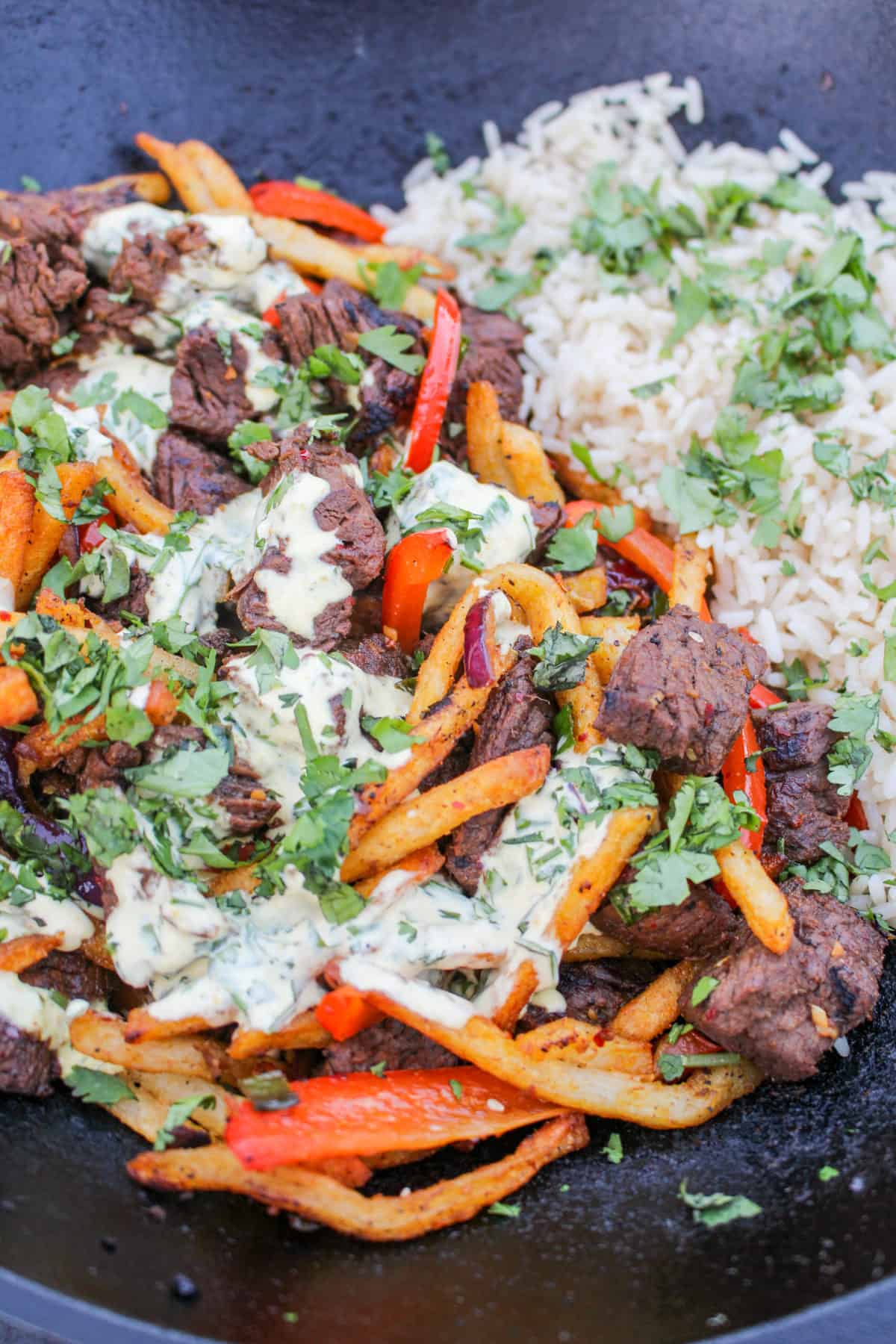 First, pull the marinated steak out of the fridge and discard the excess marinade.

Second, preheat a high heat fire for direct cooking at around 400ºF. Add a wok or cast-iron skillet over the flames so that it can preheat for a minute. Pour in one tablespoon of canola oil and allow that to heat for another minute. Next, add in the steak and cook for 7-8 minutes or until browned and crispy on the outside. 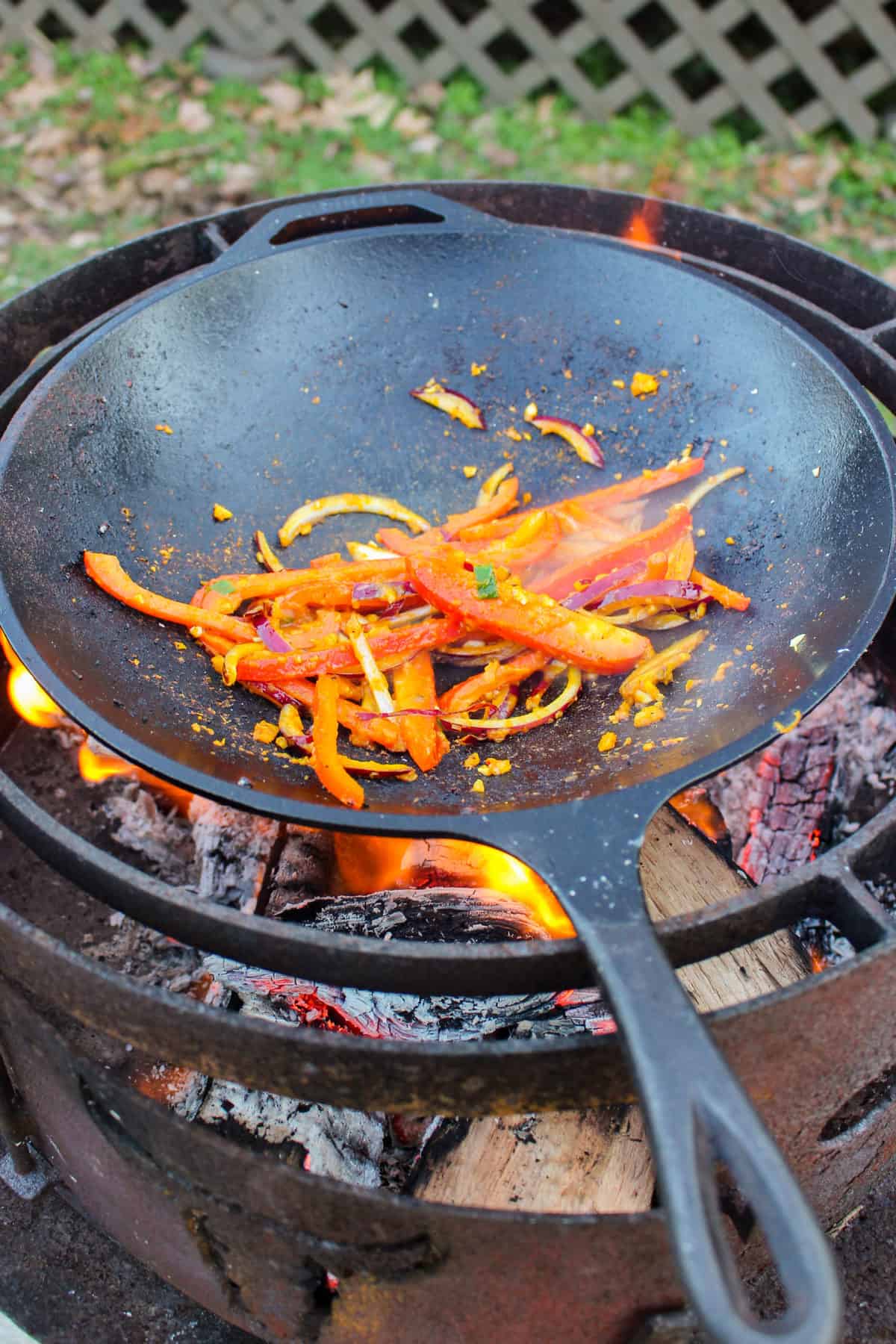 Start the veggie mixture by adding red onions, red bell pepper, minced garlic, and ginger to the skillet on the grill. We’ll start these veggies first because they’ll take more time to cook than our other ingredients. Cook the veggies, stirring frequently, until the have softened. Next, add in the green scallions, cooked steak, and French fries.  Stir and simmer for 1-2 minutes, then pull the skillet off of the grill and allow the mixture to cool ever so slightly.

Add some cooked white rice to the skillet along with the steak and veggies because it’s time to serve up this Peruvian Steak Stir Fry. Top that off with a sprinkle of chopped cilantro, and finish it with a dollop of Aji Amarillo mayo. 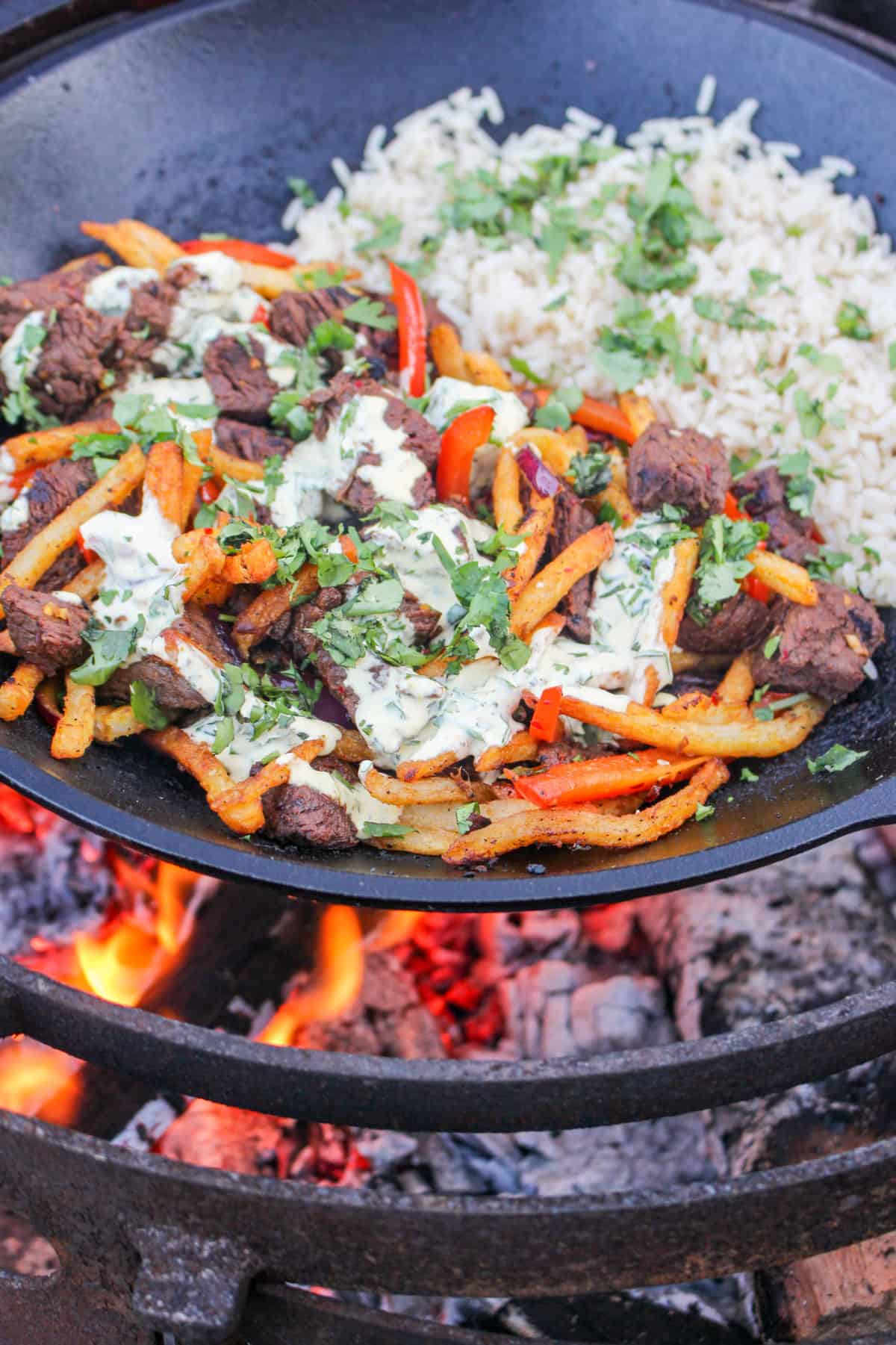 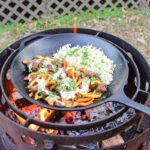