We’re back! And this time with a Spiced Habanero Flank Steak Recipe! When I say Spiced, think cinnamon, allspice and nutmeg because that’s the road we’re traveling down with this recipe. I took two beautiful flank steaks and set them in a marinade overnight. Grilled them up the following evening for a delicious steak dinner. I paired these flank steaks with a pineapple cilantro puree! Turned out this was the perfect combo for spring evening family gathering. Keep reading to see how you can make this your own!

As mentioned above, for this Spiced Habanero Flank Steak recipe we’re using some cinnamon, allspice and nutmeg. Although these ingredients might give you holiday vibes, I promise they’re delicious any time of year! This recipe was actually heavily inspired by Jamaican Jerk chicken. Fun fact, allspice is actually native to Jamaica. It’s a berry that can be used whole or ground and is used in a variety of different ways. It’s one of the key ingredients to any jerk style recipe. 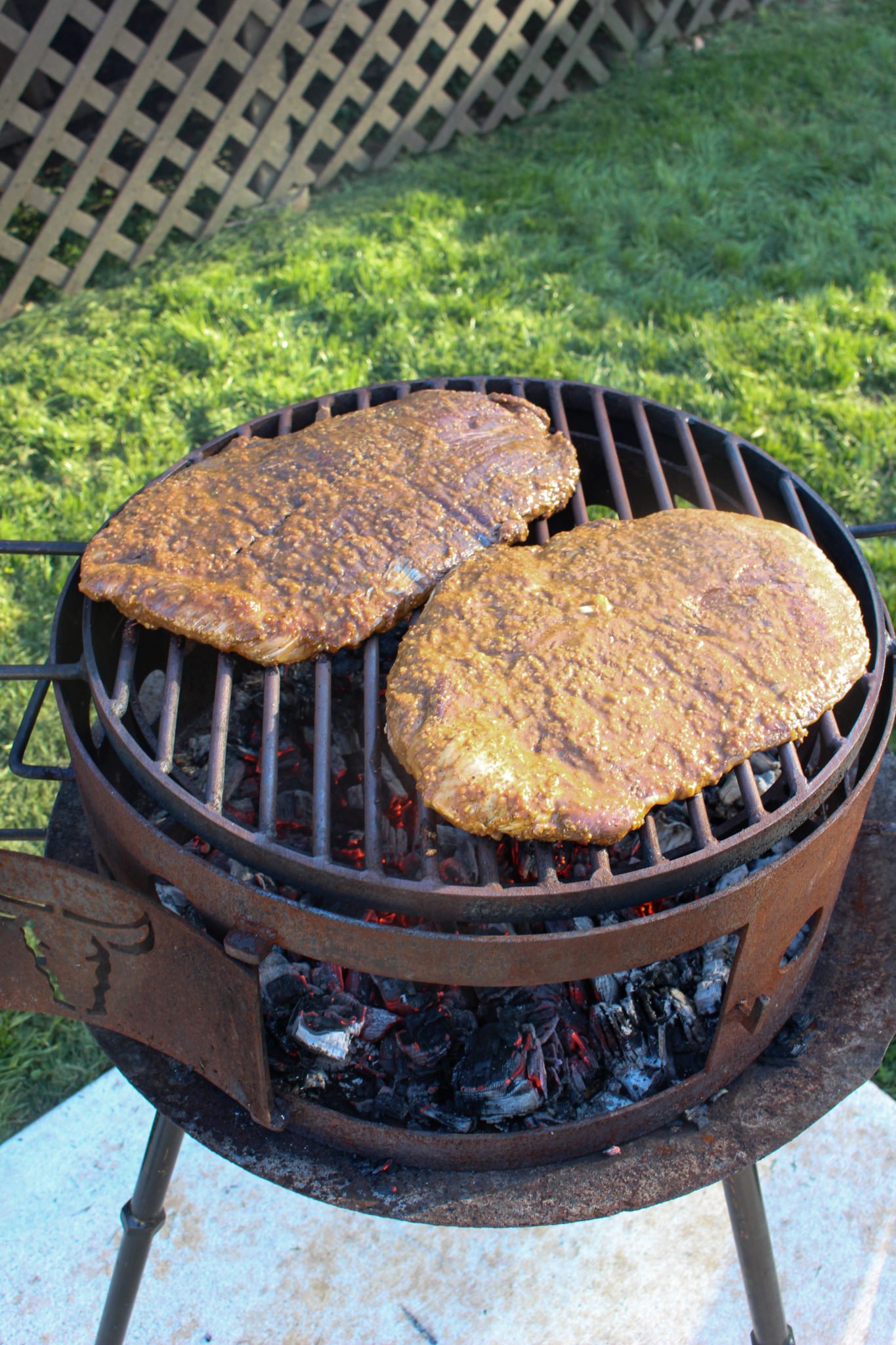 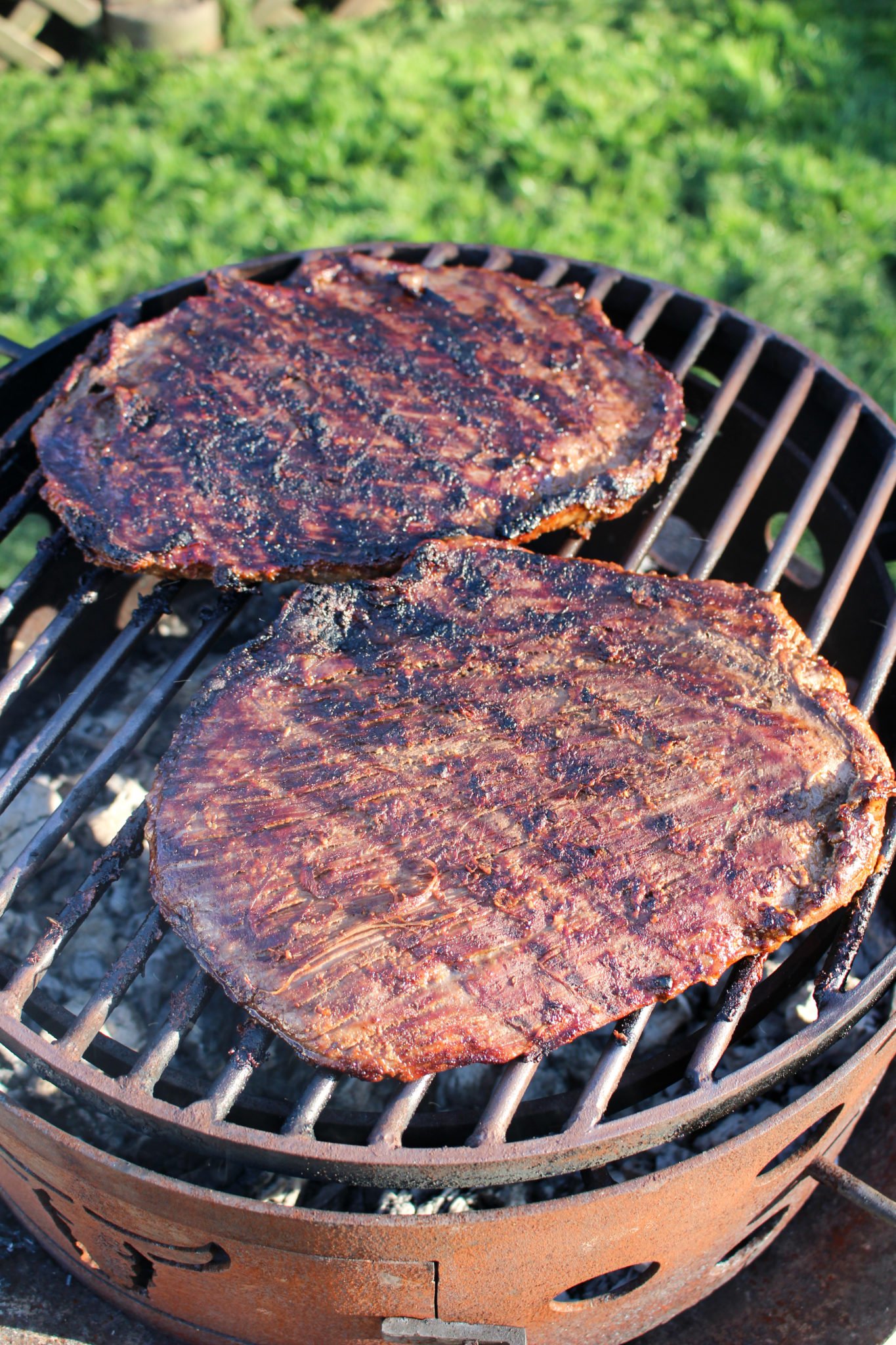 Flank Steak for a Top Rank

Place the flank steaks on your grill when you’re ready for dinner. For this cook, we’ll grill the steaks directly over the coals on a grill grate. Although this is a relatively thin cut of beef, it actually takes 5-6 minutes of cooking per side. The cut is slightly thicker than one might expect on initial glance.

Another reason this steak might take longer than expected for cooking is due to its fat content. It needs more time over heat to render that fat and make for a more tender slice of steak. That said, you don’t want to let it grill for too long and end up overcooking it. It’s all about finding that balance. Don’t be afraid to get out the meat thermometer if needed. For reference, I cooked my flank steaks until they hit an internal temperature of 125 degrees Fahrenheit.

Let’s prep the pineapple cilantro purée while the steaks rest. This is a great pair to our flank steaks because the sweet, citrus flavoring it brings helps cut through the spice on the steaks. It makes for one freaking delicious bite! Simply toss all the ingredients into the blender and blend until smooth. I then poured it into a small serving bowl. You can either use a spoon to drizzle some over your steak before serving or dip your steak into the purée before taking a bite. Lastly, slice up those steaks being sure to cut against the grain! Place on a dish with the pineapple cilantro purée and chowdown. Best enjoyed with friends and family! Cheers! 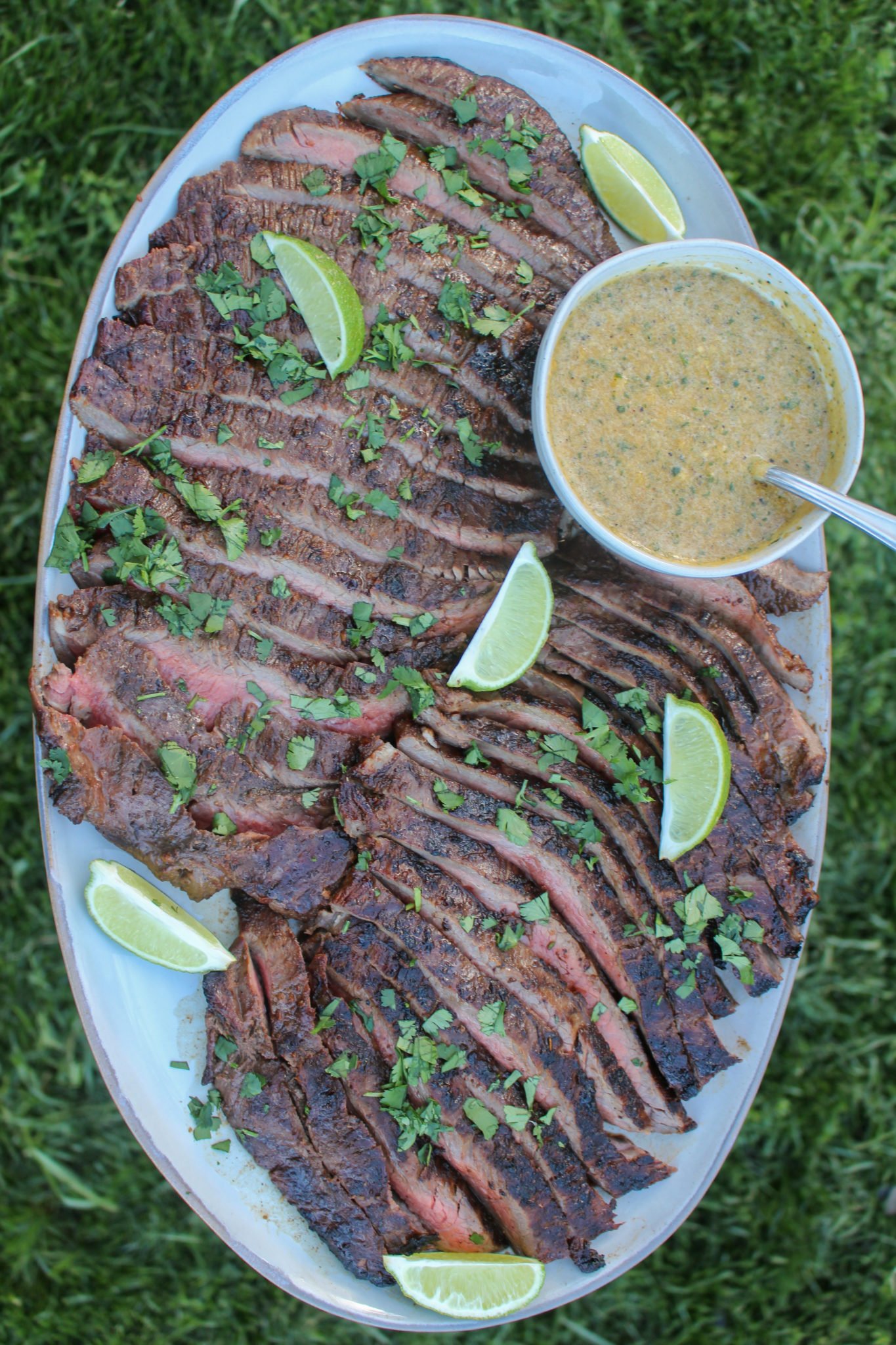 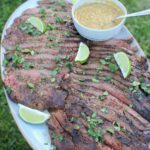