This recipe starts by seasoning up those grilled buffalo chicken wings. I turned to the MVPs of all my spices: salt, pepper and garlic for these wings. Tossed the seasoning into a large bowl with the wings and mixed thoroughly. Then, throw those wings into the fridge while we get the grill fired up.

I cooked these chicken wings with a grill grate directly over the coals. I first filled a charcoal chimney with charcoal and set it on top a couple of fire starters. While we’re here, let me just say that I’m a big fan of charcoal chimneys!

“Fire only burns up,” is what my dad used to say when I was growing up. It was sort of a joke, but also a reminder that a fire will catch much faster if it’s allowed to burn vertically. It’s going to take so much longer to catch a pile of coals (or wood) on fire if it’s spread out, or if you light the top of the pile instead of the bottom. All of this to say, charcoal chimneys allow the fire to burn vertically. This helps your charcoal catch fire much faster, which saves you time, energy and gets you even closer to those buffalo chicken wings with melted cheese! When the coals have all caught fire, you can spread them out across your grill and you’re ready to go.

Get your copy of Food X Fire for more delicious recipes!

Now, for the final piece to this buffalo chicken wings with melted cheese recipe… the cheese! For this process I used a cast iron skillet. Drizzle a bit of oil and then toss in the shredded cheese. I used a mixture of three different kinds of cheese for this recipe to great a depth of flavor. We get the cheesy gooeyness from the monterey jack cheese, the sharpness from the cheddar and some nuttiness from the gruyere. I also shredded the cheese before throwing it into the skillet. This helps the cheese melt faster and more evenly.

I moved the melted cheese to one half of the skillet once it was all melted. This made room for the wings, which I dumped on the other side. I garnished the wings with some chopped scallions and then it was time to eat! Use a fork to scoop up a bit of cheese, wrap it around the wing and enjoy that cheesy chicken goodness! Best enjoyed with friends and family! Cheers! 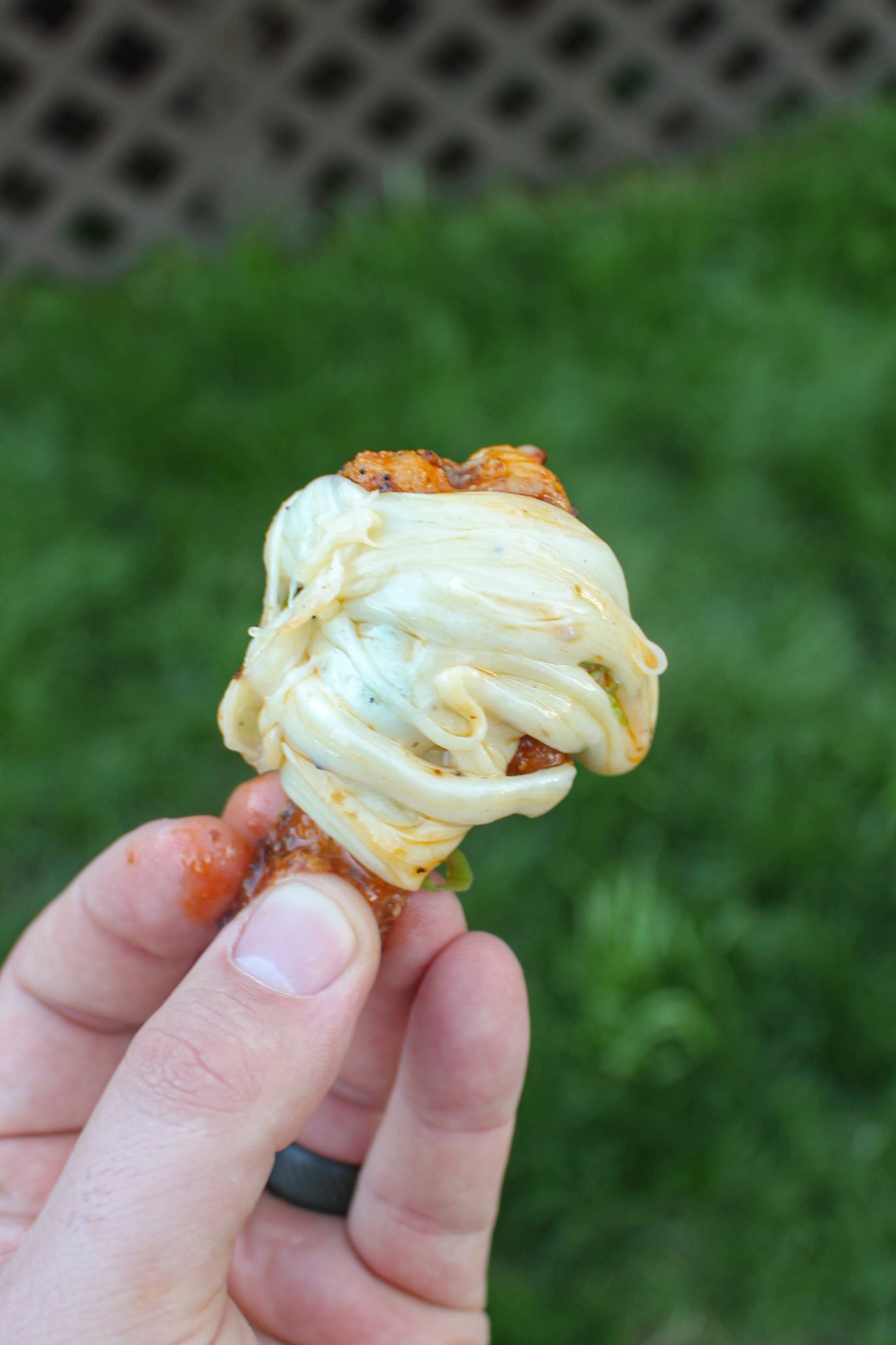 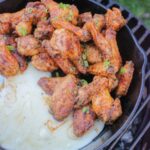