I think we can all agree that a properly cooked tenderloin is the epitome of good eats. This Herb Crusted Bison Tenderloin recipe is a favorite! It’s a simple meal made up of bison tenderloin, a simple spice rub and made-from-scratch spicy beer mustard!

This recipe takes a quick 30 minutes to prep and results in the most tender and flavorful meat!

This Herb Crusted Bison Tenderloin recipe starts out with the spicy beer mustard. Made completely from scratch, this spicy mustard with a booze-y twist is exactly what grilled bison needs to go from amazing to extra amazing. 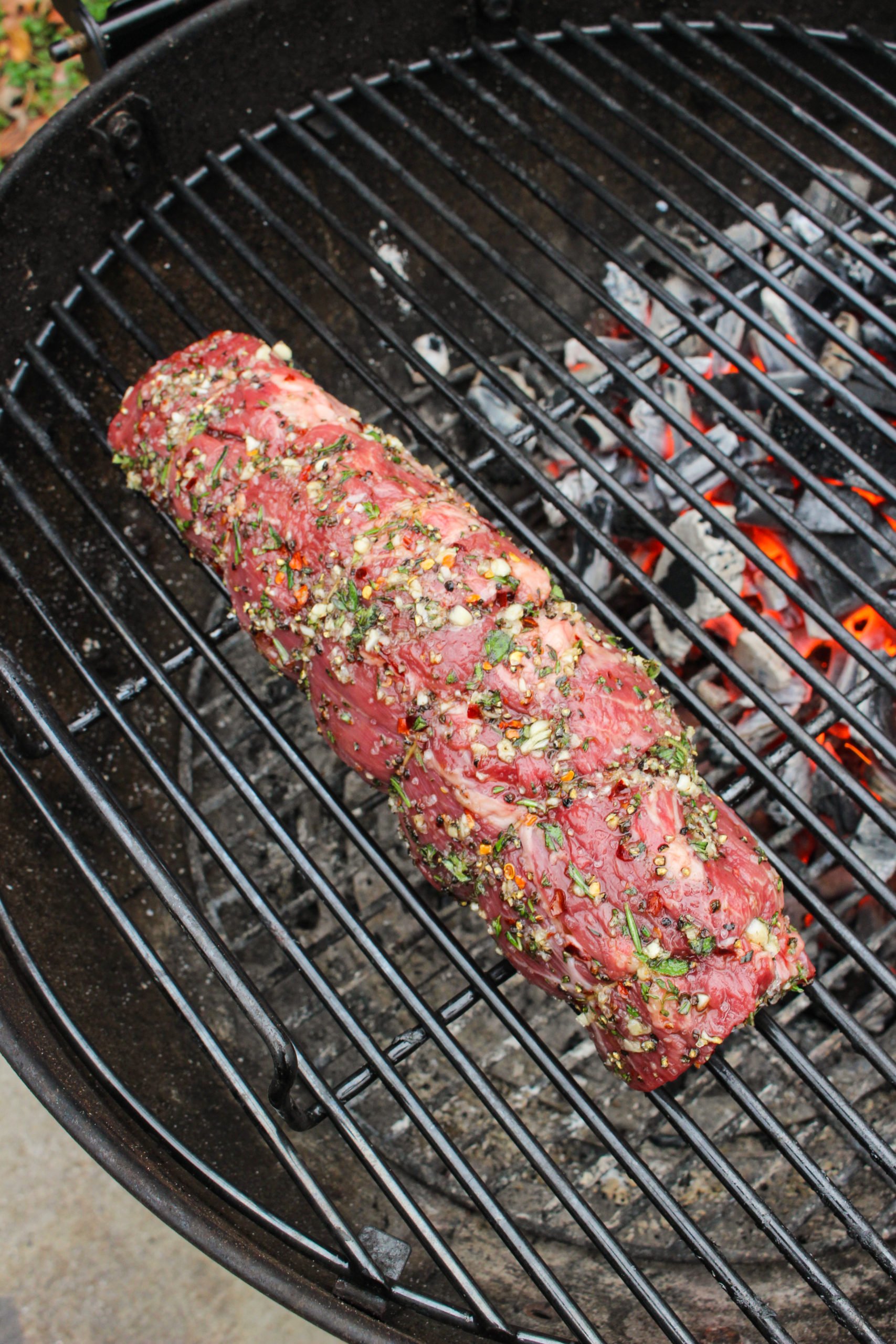 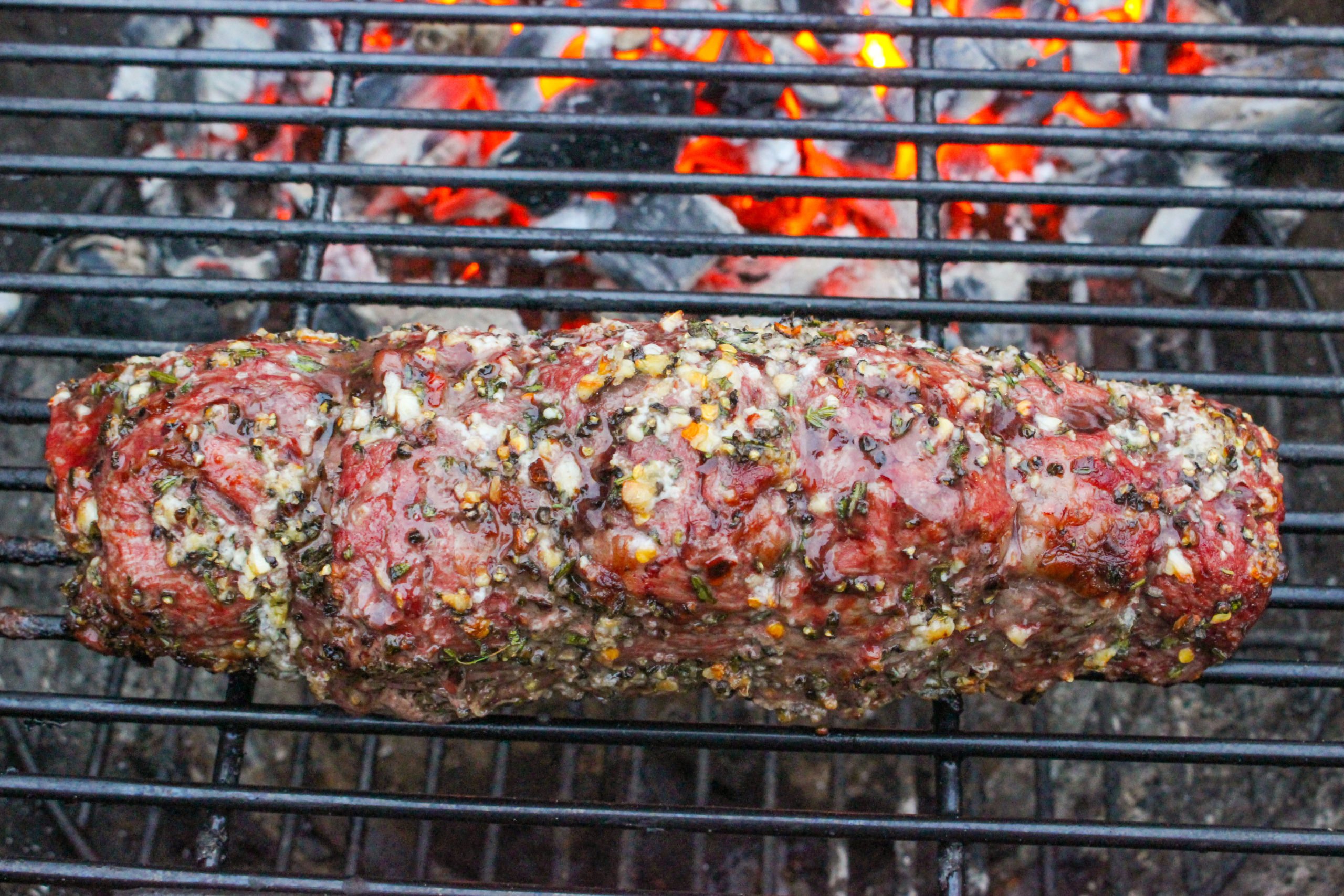 Start out by placing the dried mustard seeds into a jar. Pour in the beer of your choice, I’d recommend a lager or pilsner. Then set in the fridge overnight because the longer the mixture sits, the more beer flavor the mustard will have!

Finish the beer mustard out by blending the soaked mustard seeds up with garlic paste, apple cider vinegar, soy sauce, and horseradish. Add more soy sauce as needed until your desired texture is reached.

Feel free to eat this with a spoon. No judgement here!

For more on reverse searing check out my How To Reverse Sear a Steak article! Alternate recipes include Hanging Tomahawk Steaks and Reverse Seared Steak.

Next up: the MVP of all meat recipes. The spices! Because we all know meat is only as good as its seasonings. 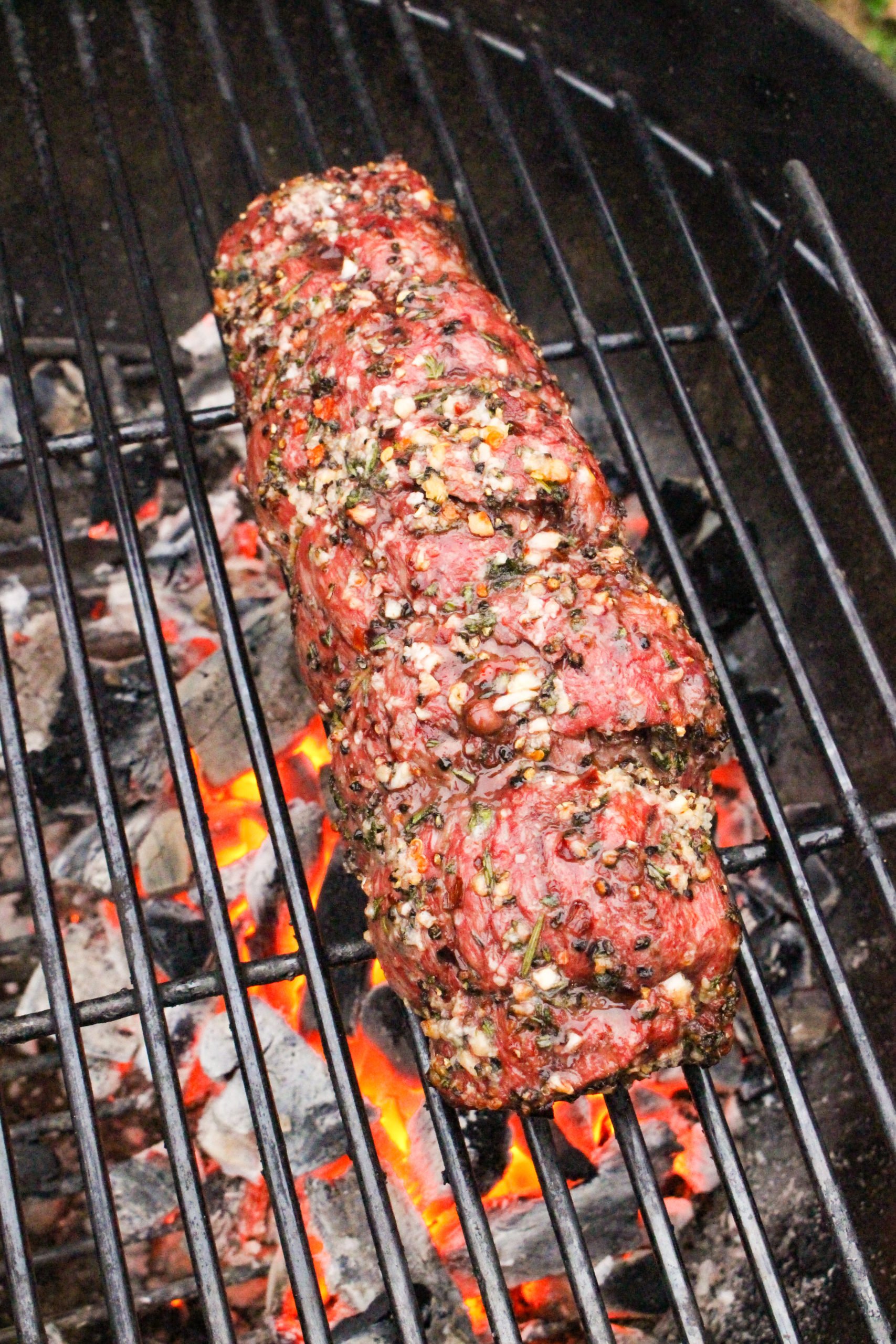 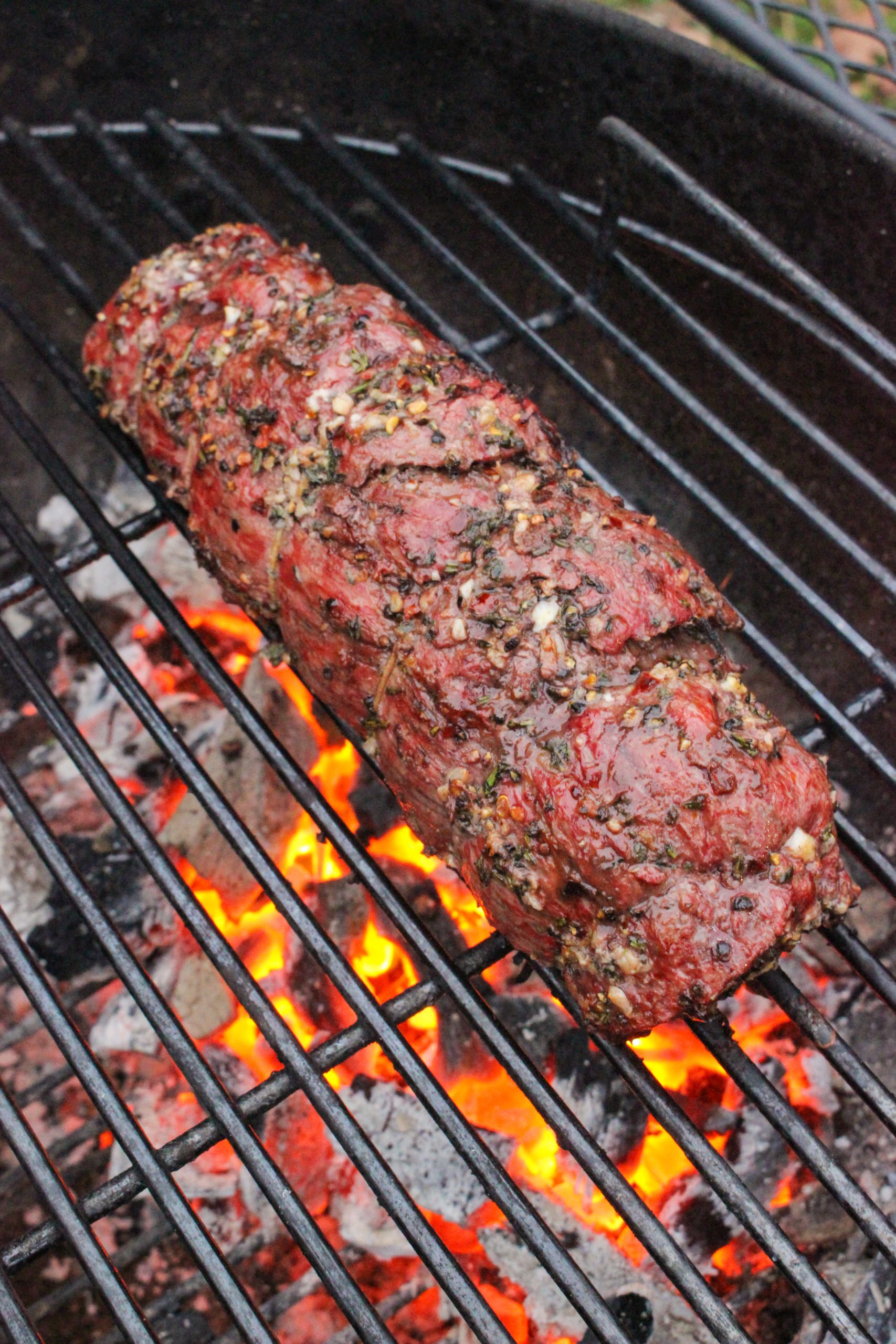 First thing’s first, prep the bison: trim, clean, and remove any silver skin, then use butcher twine to tie it every 1.5 inches so it retains its shape as it cooks. Don’t skip this part! It helps the meat cook more evenly. Slather the bison liberally with the spice rub because we want to get that delicious flavor in every bite. Now, allow the meat to sit in the fridge for about 40 minutes to give the flavors time to soak into the meat. It’s a quick brine, but it does the job!

Next, it’s time to grill! Preheat the grill to an indirect two zone cooking at medium-high heat because we’re reverse searing this bison! Add the bison to the cooler side and allow it to cook for 35-50 minutes or until it reaches an internal temperature of 120ºF. At this point, the bison is mostly cooked. You just need to char it to give it that crispy crust!

Remove the Herb Crusted Bison Tenderloin from the grill and let it rest for 10 minutes. Reset the grill for direct cooking at high temperature so that we can get a sear on the tenderloin. Add the bison back to the grill and cook for 1.5 minutes total. Move it around as needed to char it on all sides! 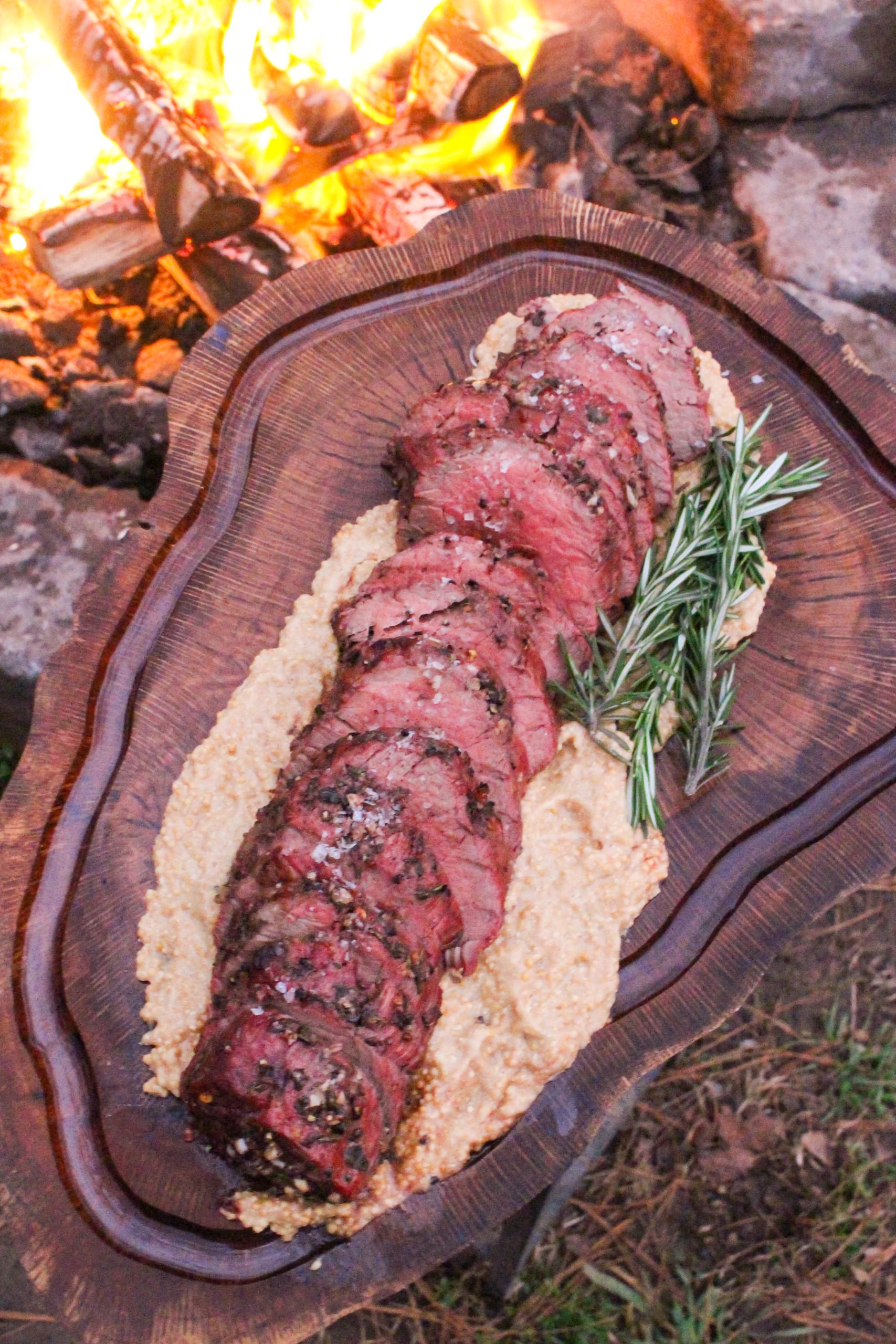 Lastly, let the meat rest for a few minutes before proceeding to give the moisture and seasonings time to settle.

FINALLY, it’s time to serve! Start by slicing the Herb Crusted Bison Tenderloin so that it’s easier to fan across the serving platter. I used a spoon to spread the spicy beer mustard across the bottom of the cutting board because I wanted to use this as a board sauce. Not only is this a fun presentation of the dish, but you also get some of that delicious sauce in each bite! 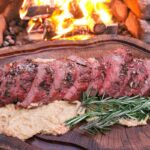