How about a little surfin’ and some serious turfin’?! We’re coming at you today with a Bison Ribeye and Lobster Tails Recipe. This bone in, bison ribeye was incredible! I broke out the mortar and pestle to grind and smoothing a simple seasoning for the ribeye. Then I topped both the lobster and bison ribeye in a herb butter sauce. I hope y’all never get tired of herb butter… because I don’t think I ever will. Let’s chit chat a bit more about this delicious recipe.

Don’t get me wrong, I love beef. Y’all know I love beef. Every other recipe I cook is a beef recipe it seems. However, hear me when I say that I believe bison is extremely underrated, especially in the states. My wife and I traveled to Jackson Hole, Wyoming some time ago and rediscovered our love for bison. It’s actually pretty similar to beef, and can be treated the same as beef in most recipes. It differs from beef in the way that it actually has a lower fat content, making it a lean and tender option for those interested.

For this bison ribeye, I started by hand grinding a variety of spices together and covering the ribeye in my seasoning. More recently, I’ve been enjoying grinding some of my coarse seasoning into a more granular mixture. I’ve been testing a lot of new flavor combinations, textures and flavor profiles. Personally, I think I’ve come up with some fun new ideas that I’ll hopefully be able to share in more detail soon (wink, wink).

Anyway, season up that bison ribeye. Then, grab the lobster tails. We’ll cut those in half lengthwise. Then lather the lobster meat in a bit of oil and season it as well. Now come our favorite part, the part with fire. 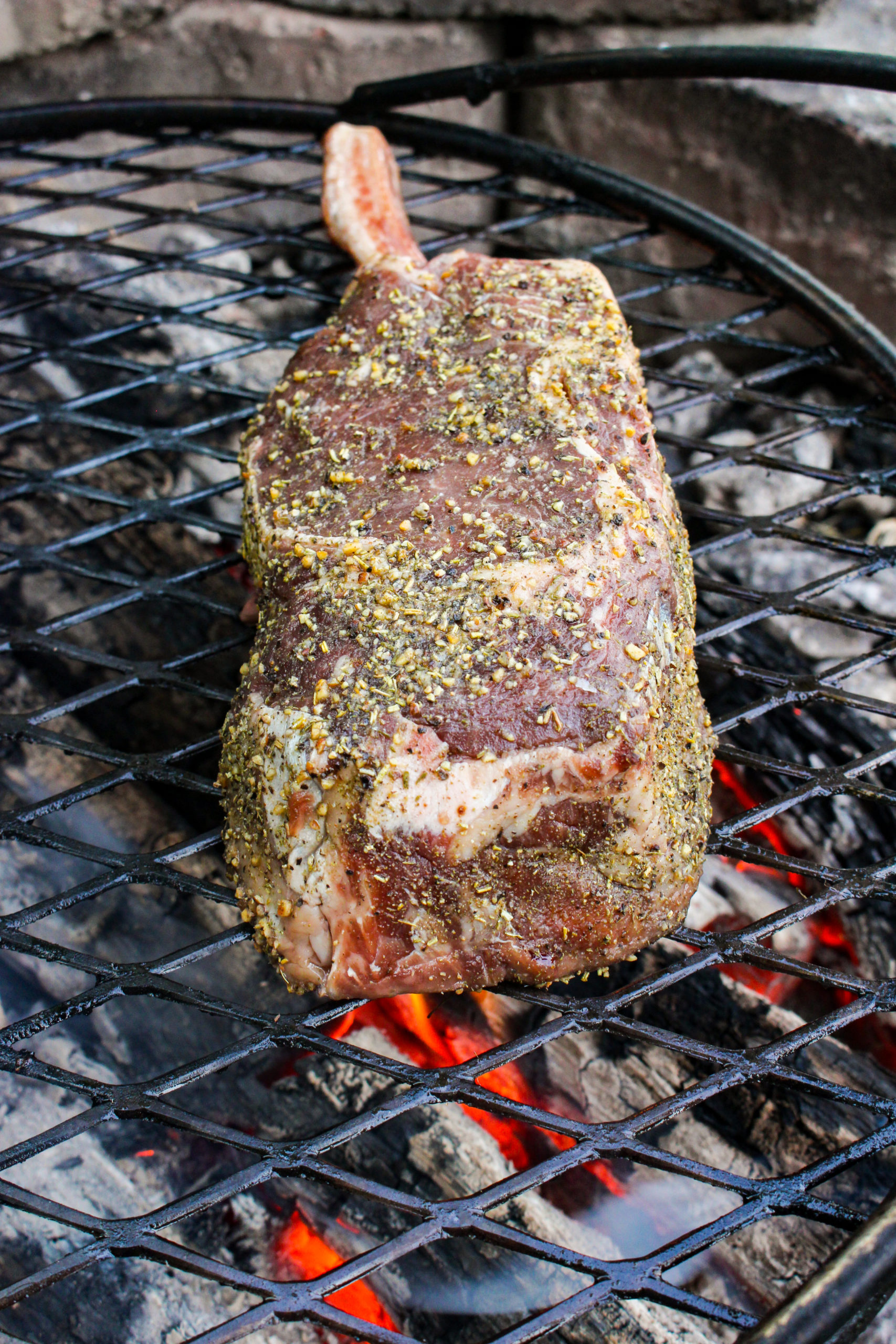 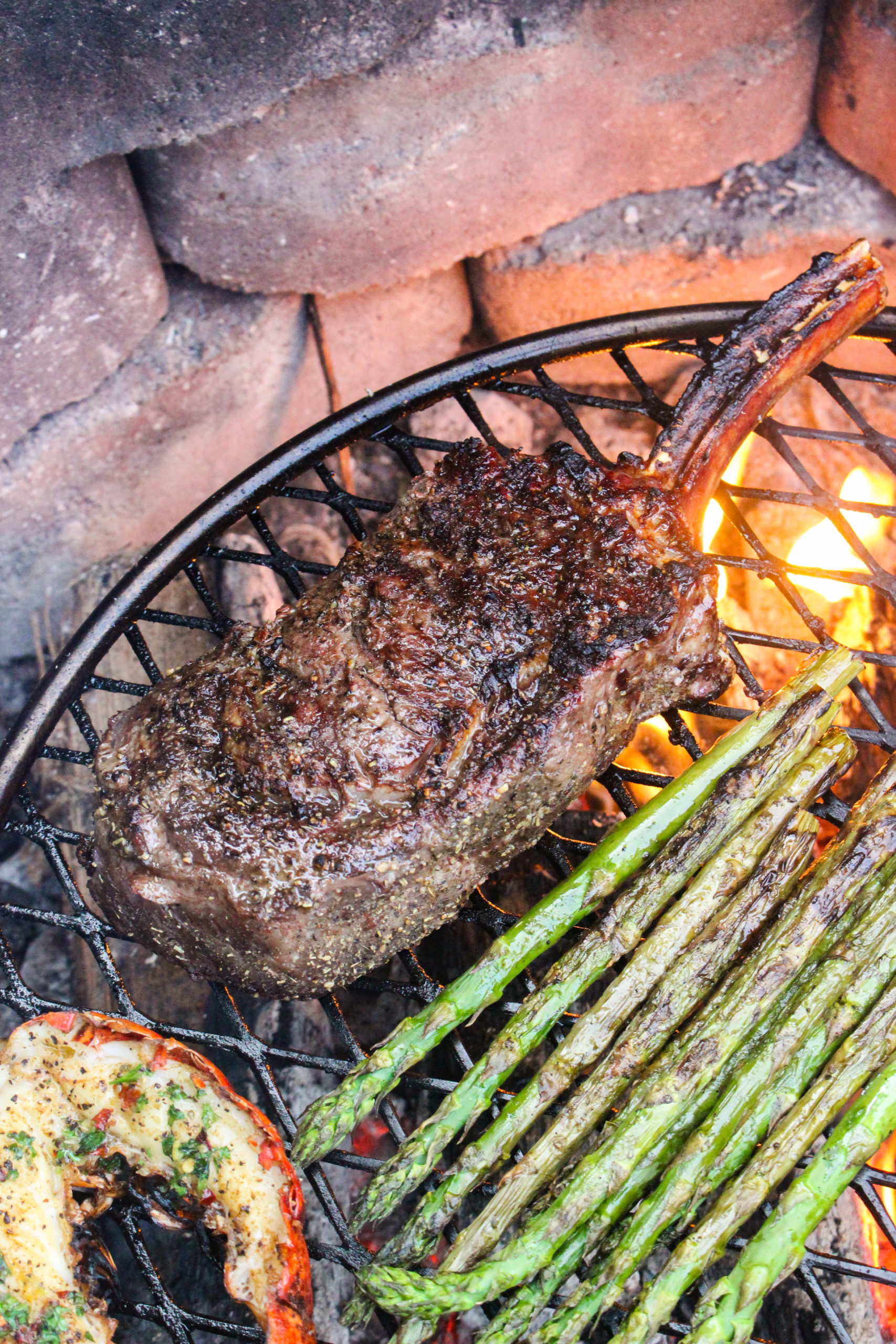 Back at my original fire pit, I pulled out my Outpost and got the grill grate set up. The bison ribeye will take the longest to cook, so I placed it on the grill first. Then, for love of fun and flavor, I placed two halves of a lemon face down on the grill. Shortly after placing the bison ribeye down, I added a handful of asparagus. I know, a vegetable. They don’t make an appearance on my page often, but when they do I make sure they’re delicious. We’ll squeeze some of the charred lemon juice on them after they’ve been fire roasted. They’re pretty good!

Up next will be the herb butter. I added my cast iron sauce bowl onto the grill grate to preheat. Then toss in the butter and all the herbs and spices. Let them melt together, making sure to stir occasionally. Lastly, add the lobsters to the grill. I first placed the lobsters meat side down. These will cook fast, so stay close by to flip them when they’re ready.

I used a spoon to spread the melted herb butter across the lobsters once I had flipped them. Then I spread some across the bison ribeye too. Lastly, remove all items from the grill and let the bison ribeye rest for a bit. Then, cut the bone away and slice up that ribeye! Time to dig in. Best enjoyed with friends and family. Cheers! 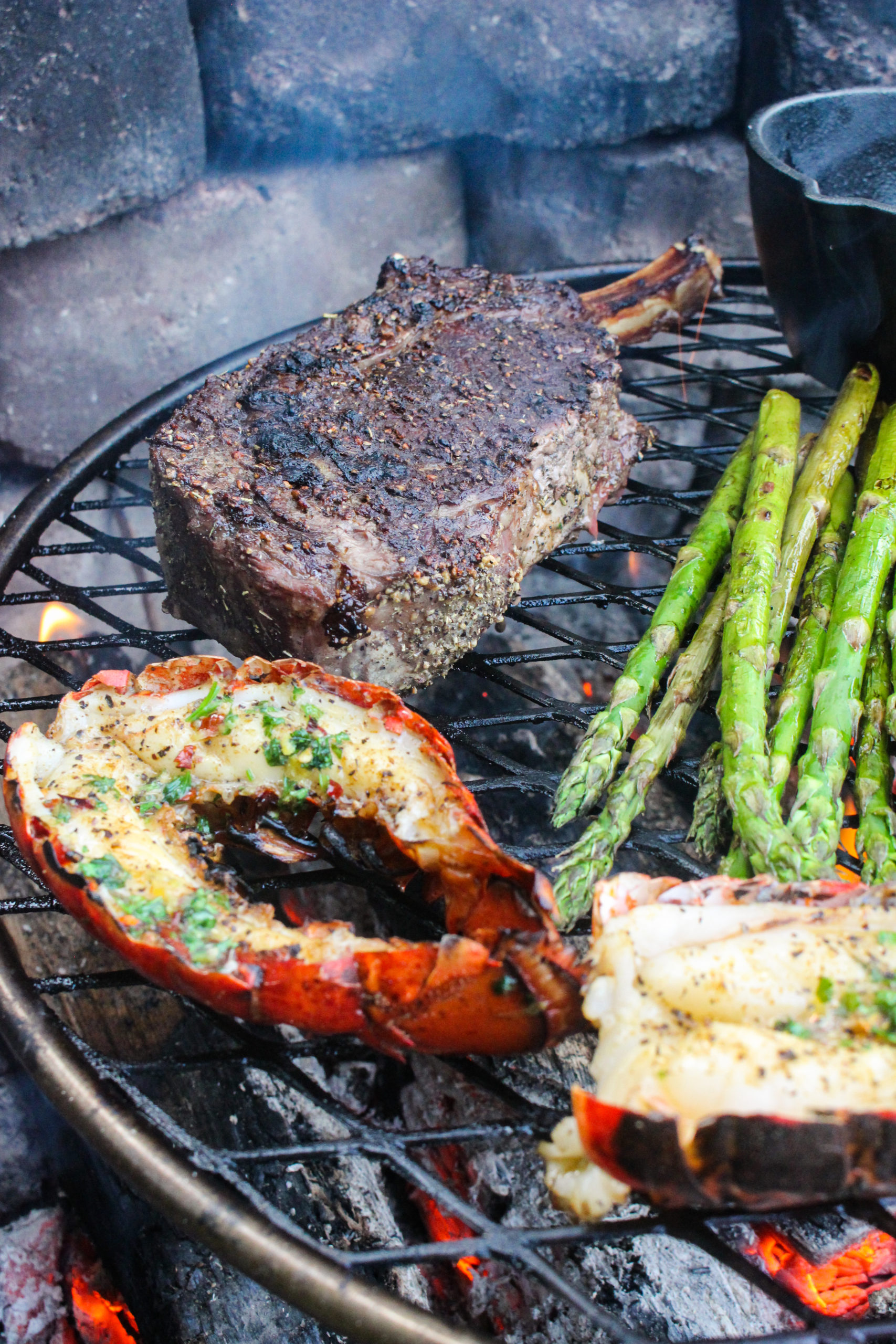 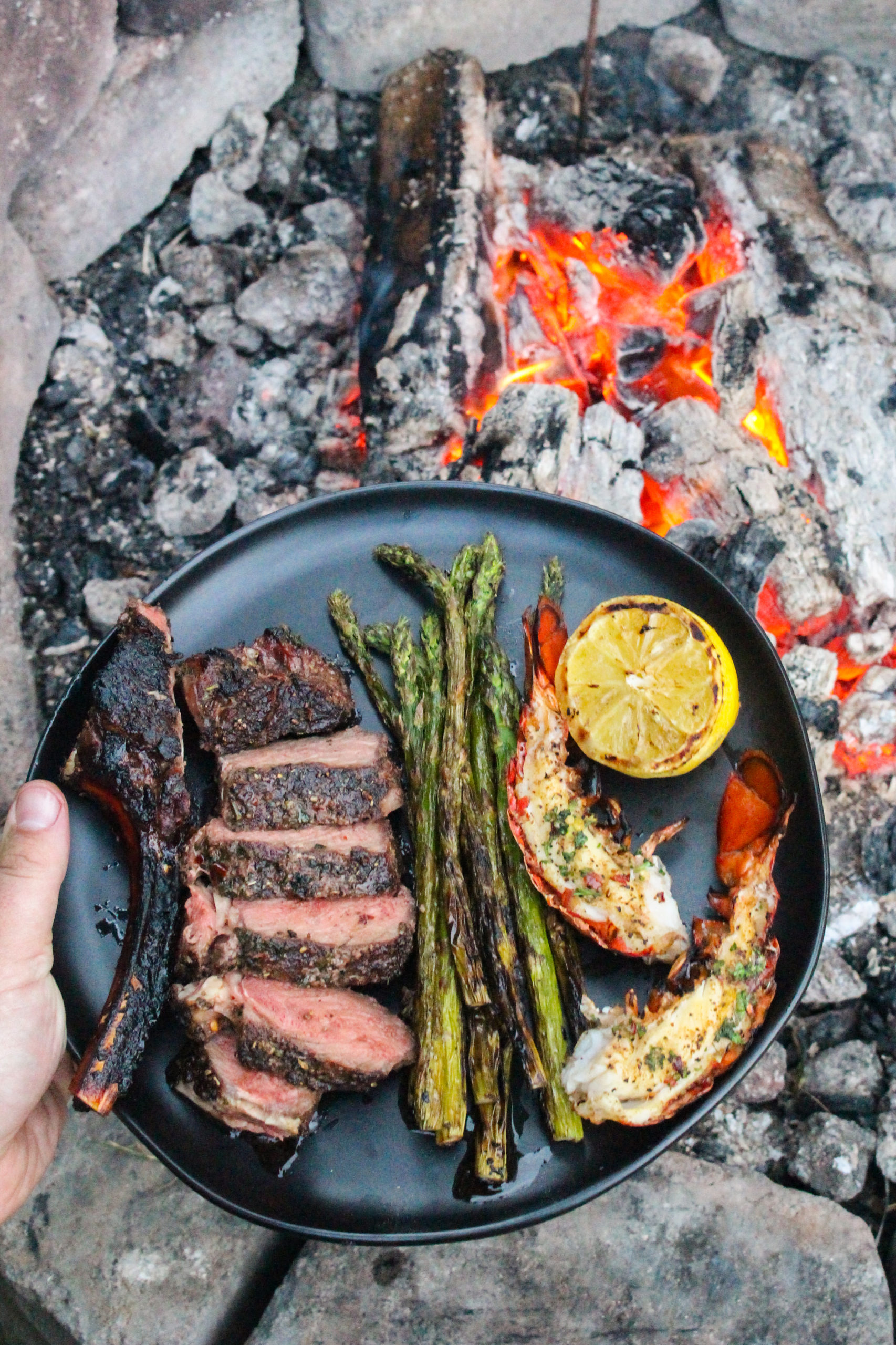 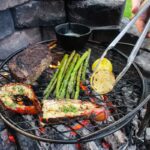