These Surf and Turf Fajitas are the perfect way to utilize the new Breeo sear plate!

These fajitas are a quick and easy recipe made with tender seared steak, juicy shrimp, and flavorful veggies all piled into a warm tortilla. They’re topped off with shredded cheese, sour cream, sliced jalapeño, and more!

Marinate the Steak for Surf and Turf Fajitas

So, we start with a simple steak marinade. The steak requires a little bit of planning ahead because it marinates overnight.

First, combine soy sauce, white vinegar, Cola (optional), chipotle paste, garlic paste, chopped cilantro, lime juice, orange juice, canola oil, and salt in a large bowl. Although the cola is optional, I highly recommend adding it to the marinade. It helps bring some acidity and a little bit of sweetness to the meat for better texture and flavor. Better meat makes for better surf and turf fajitas!

Next, add the skirt or flap steak to the steak marinade, cover, and place in the fridge for at least four hours, but ideally overnight. 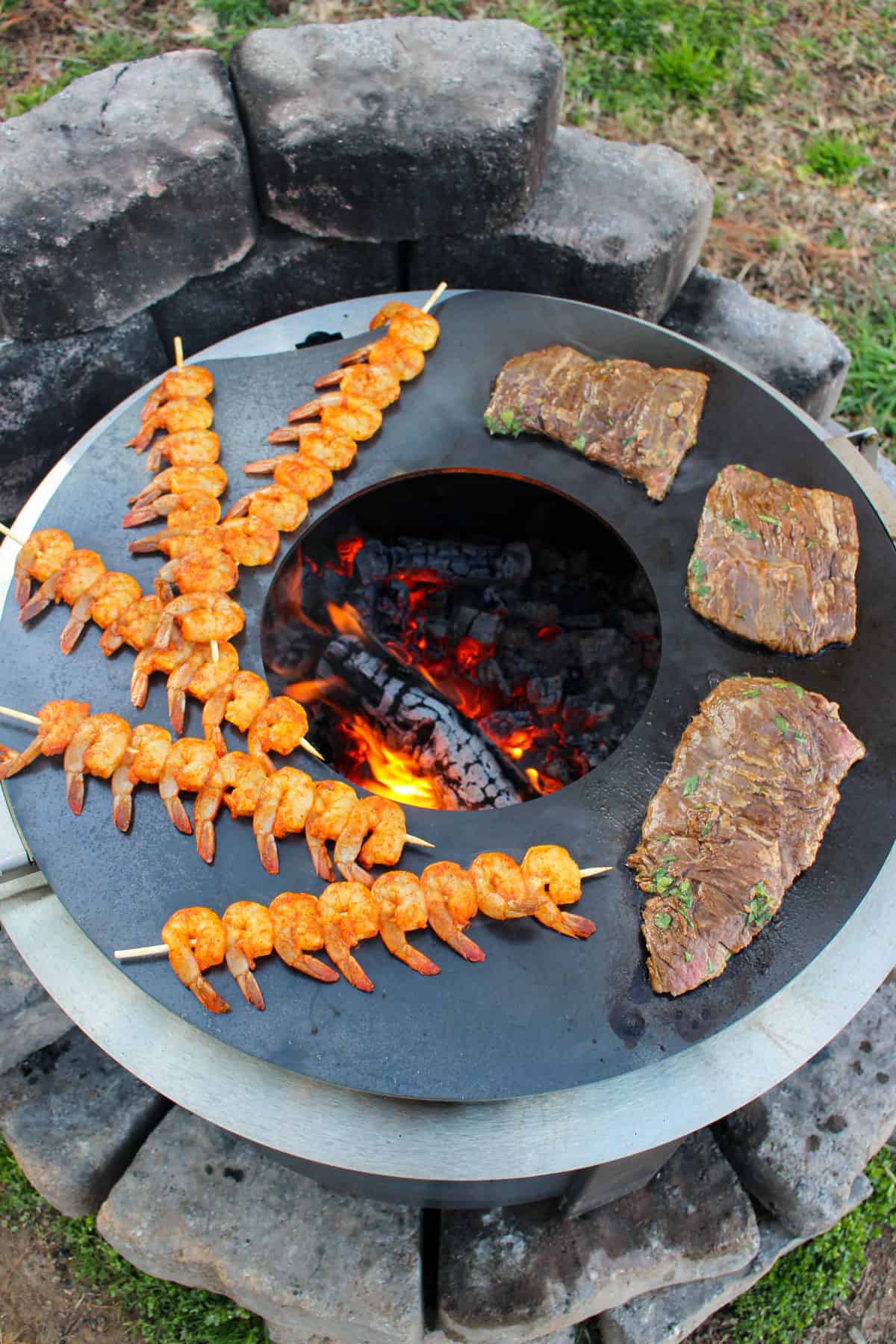 For another fun cola recipe, check out my Cherry Coke Chicken Skewers.

Marinate the Shrimp for Surf and Turf Fajitas

Next up, the shrimp. Shrimp marinates much more quickly than steak, so the shrimp process starts closer to when you’re ready to serve your surf and turf fajitas.

First, place a 1/2 pound peeled and deveined shrimp into a bowl. Add in Achiote paste, chopped jalapeño or jalapeño paste, and lime juice. Stir to combine, then let the mixture sit for 20 minutes.

Next, pull the shrimp out of the marinade and skewer them onto bamboo skewers. 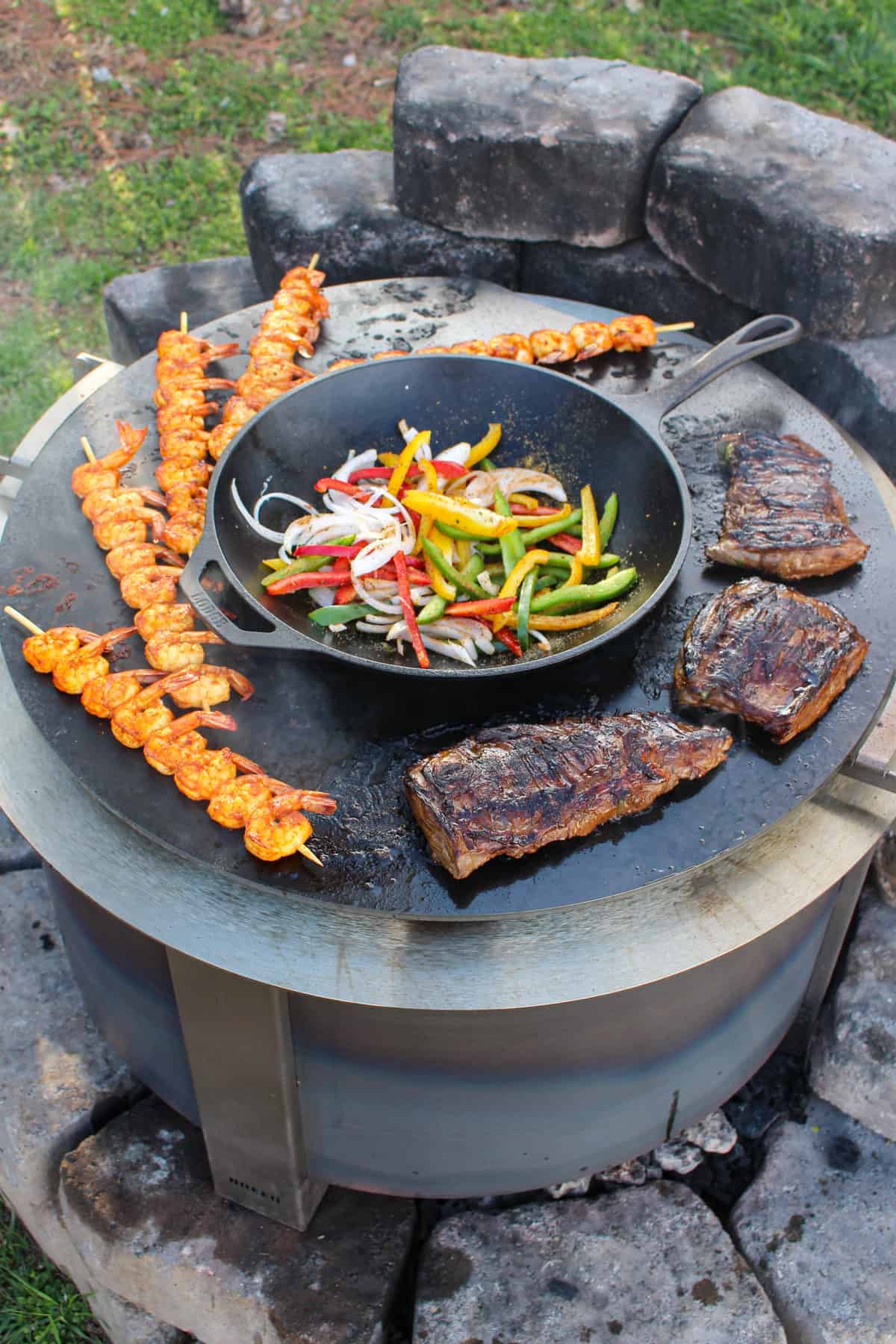 Cook the Steak and Shrimp

Now, it’s time to cook the meat for your surf and turf fajitas. Preheat your Breeo to a medium-high temperature of about 350ºF. Set your Breeo sear plate over the fire because we want it to preheat as well.

Next, pull both the steak and shrimp off of the grill and allow them to rest for a few minute while you cook the veggies for your surf and turf fajitas. 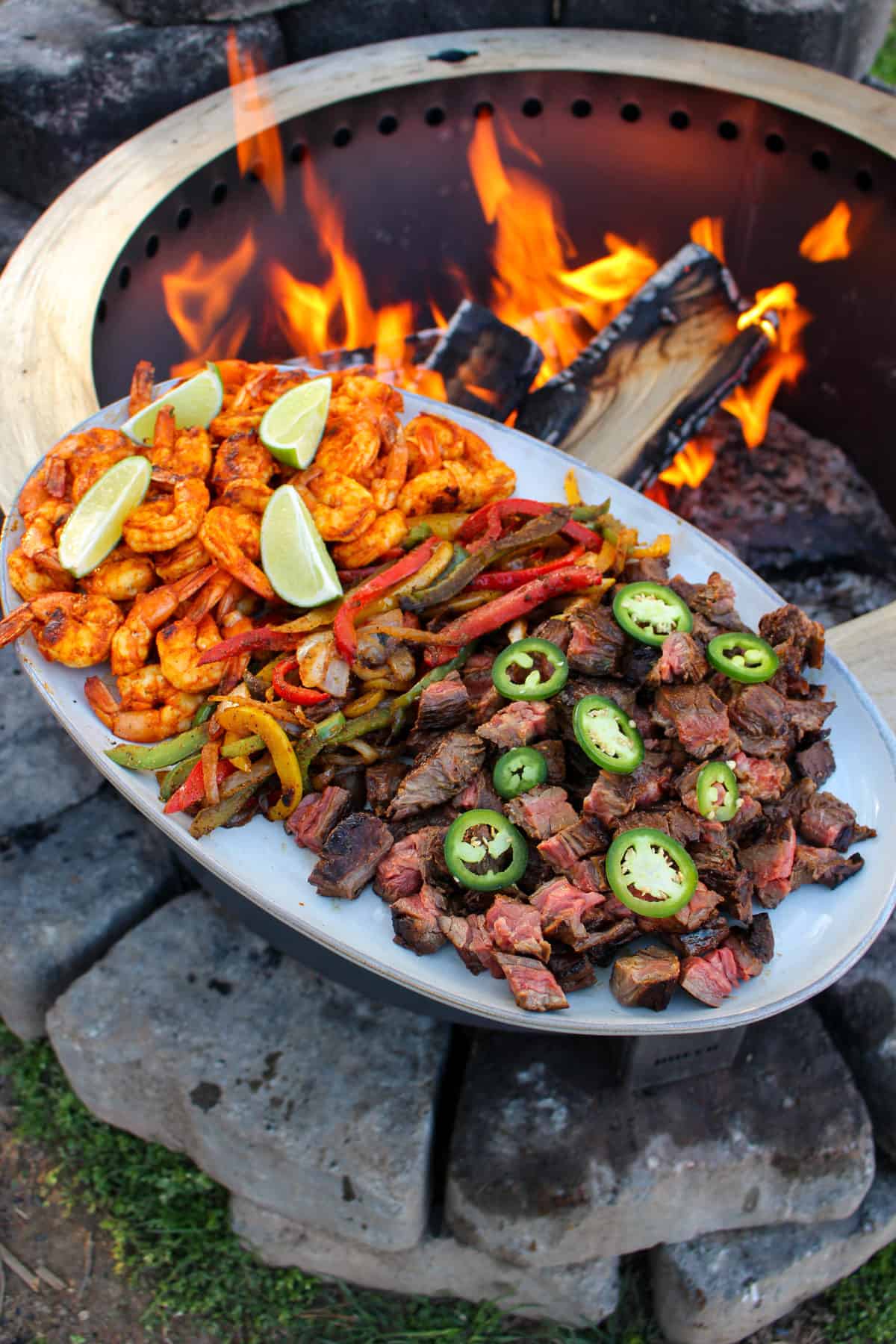 Veggies for Surf and Turf Fajitas

Place a cast-iron skillet or wok onto the grill. Add a drizzle of canola oil and allow that to heat for a minute or so.

Next, add your sliced bell pepper and sliced white onion to the hot pan and season well with chipotle garlic seasoning. Stir to coat the veggies completely and let them cook until softened. 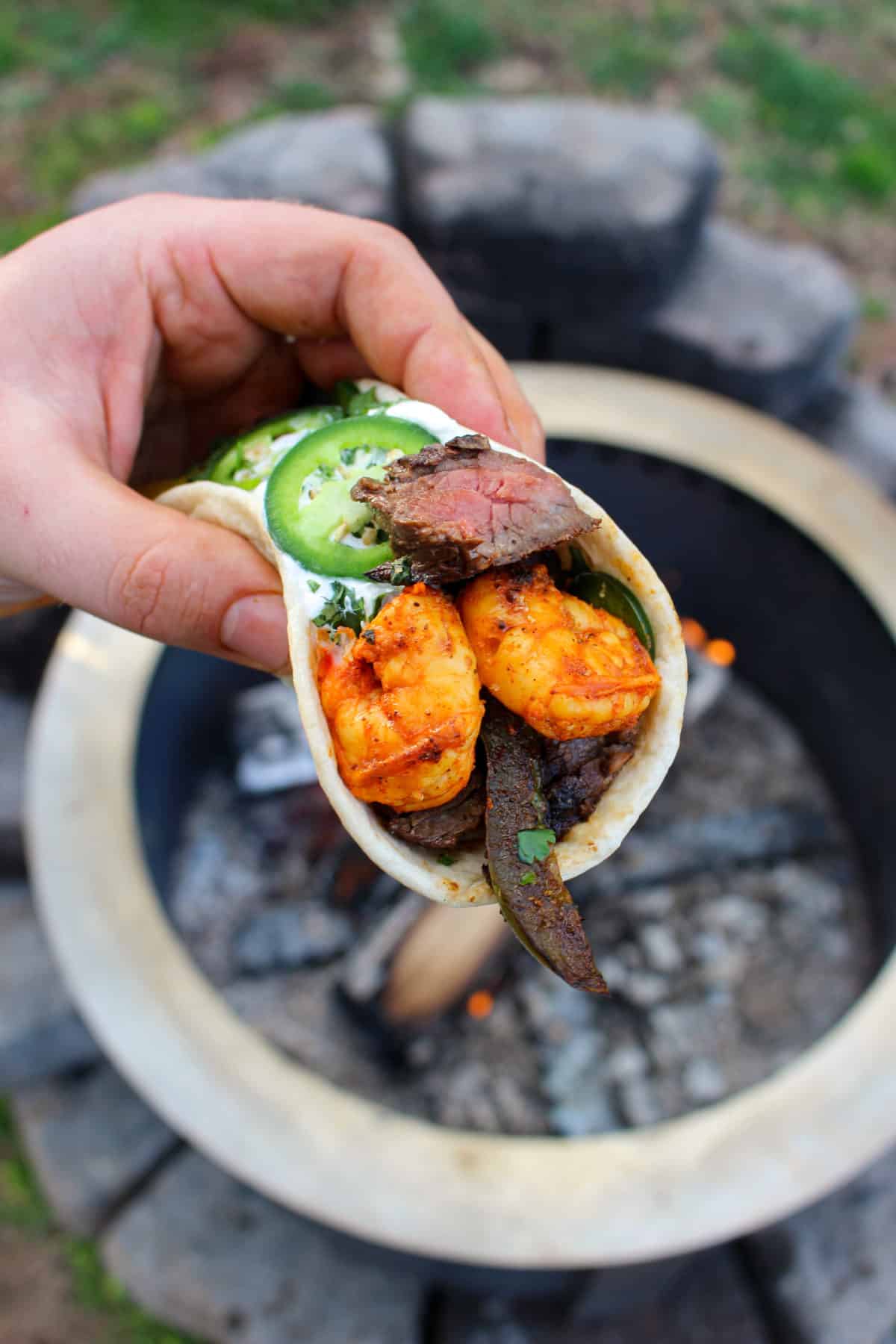 Finally, it’s time to assemble and serve your surf and turf fajitas!

Warm the tortillas on the grill, then lay them on a plate and pile them with a few pieces of shrimp, a scoop of sliced steak, and the cooked veggies.

Top the surf and turf fajitas off with shredded cheese, sour cream, cilantro, sliced jalapeño, and a sprinkle of fresh lime juice! 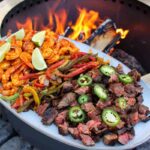