I have always wanted to make this holiday ham. It is an old school roast that my grandparents used to serve me when I was a little kid! This time though, our Cherry Chipotle Pineapple Glazed Ham will break some rules. We are going to make it a little spicy so we can cut out some of the sweetness. We are also going to use my Cherry Chipotle Ale seasoning from Spiceology. Lets just say that this was amazing.

History of the Holiday Ham

There are many traditional holiday roasts including Prime Rib, NY Strip Roast, Beef Tenderloin, Turkey and many many more. That being said, the Cherry Chipotle Pineapple Glaze Ham is an absolute staple piece. Traditionally, the ham can be served in many different ways depending on where you are from.

Since I live in the USA, then I will mostly stick to understanding those traditions! Growing up, my grandparents used to serve me Southern style baked ham with a sweet maple syrup glaze that went over the top. Some years, my grandmother would make the old school Cherry Pineapple Ham with the pineapple sliced and maraschino cherries pinned onto the ham. I always loved that cook because I used to eat the maraschino cherries while she cooked. My childhood experience is now the inspiration for Cherry Chipotle Pineapple Glazed Ham recipe. 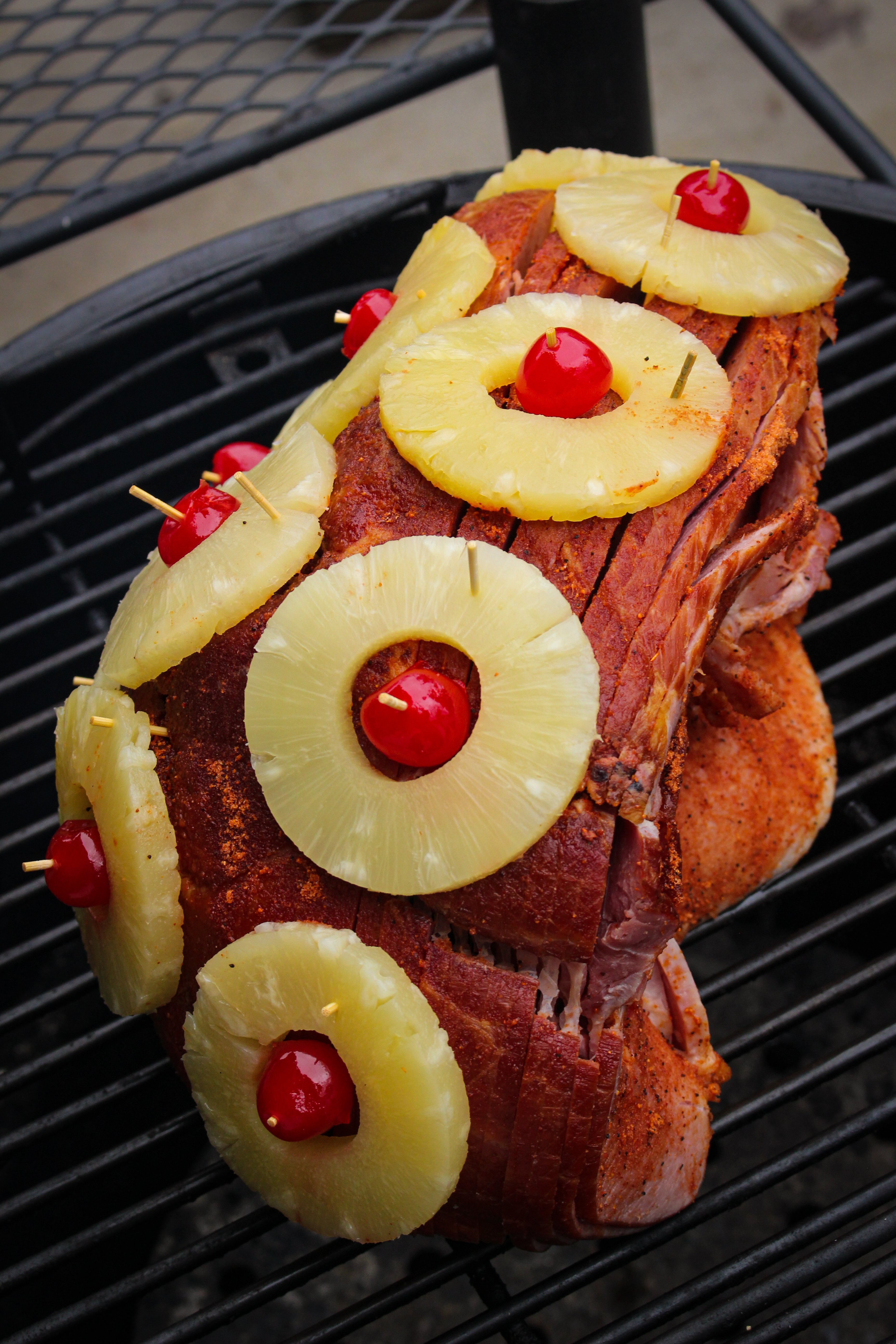 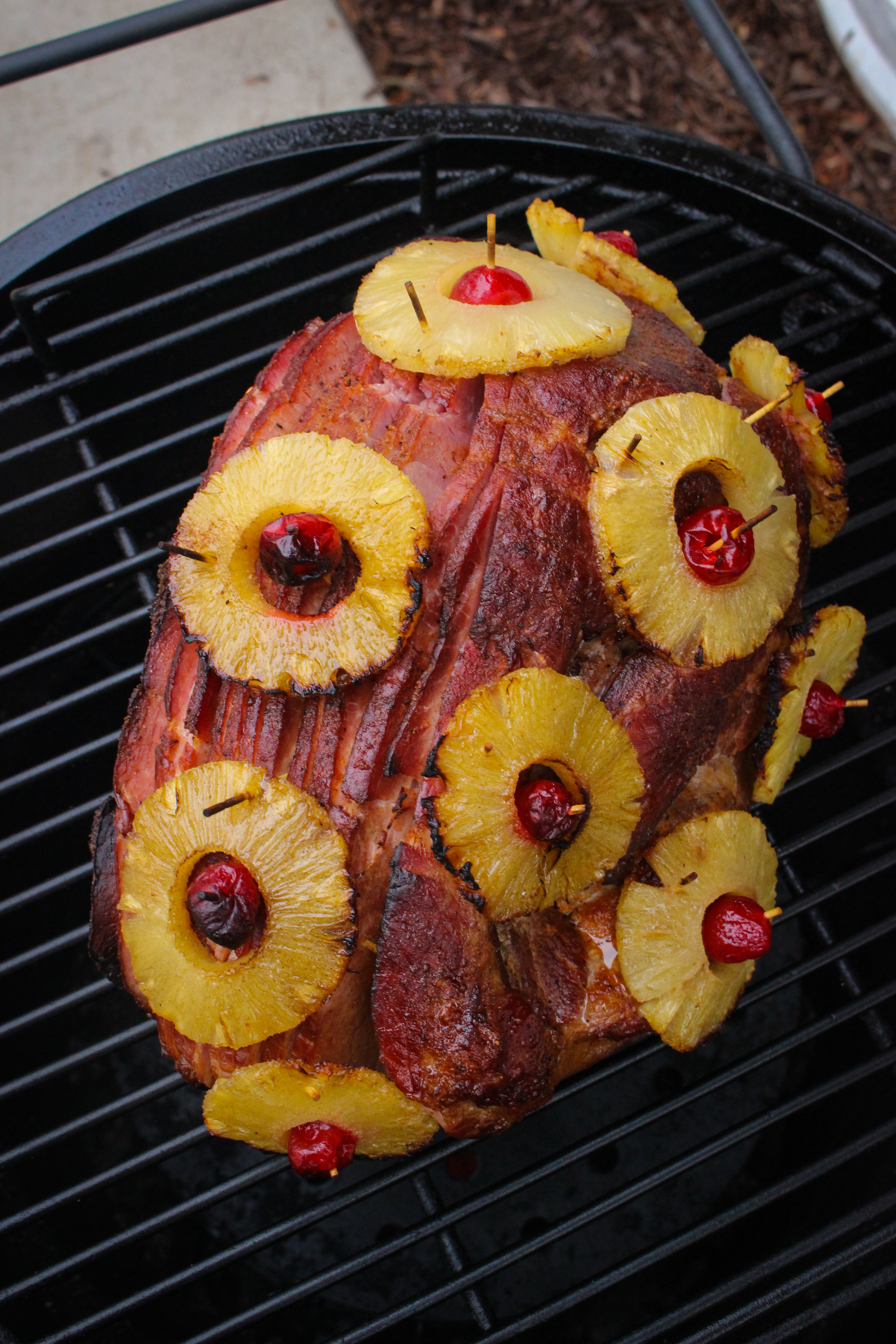 For this ham, we grabbed a 8lb spiral ham. You are welcome to do this recipe with an unsliced ham, but that will increase the cooking time! Next, I seasoned it with my Cherry Chipotle Ale seasoning from Spiceology. Feel free to use any sweet bbq styled seasoning if you do not have this rub at home. Finally, we pinned the pineapple slices and maraschino cherries to the backside of the ham using toothpicks.

Preheated my fire to 325F for a 1.5-2.5 hour cook with this ham. Add the Cherry Chipotle Pineapple Glazed Ham onto the smoker and you are ready to go. Again, feel free to do this in your oven if you don’t have a smoker. When the ham is close to 145F internal, I will start making the simple glaze to go over top. Add the glaze to the ham and kick up the heat in the smoker to help caramelize the outside before eating.

This simple recipe is both old school and new school. It uses tons of great flavors as well as a delicious smokiness for the win. Try the Cherry Chipotle Pineapple Glazed Ham recipe now below. Cheers! 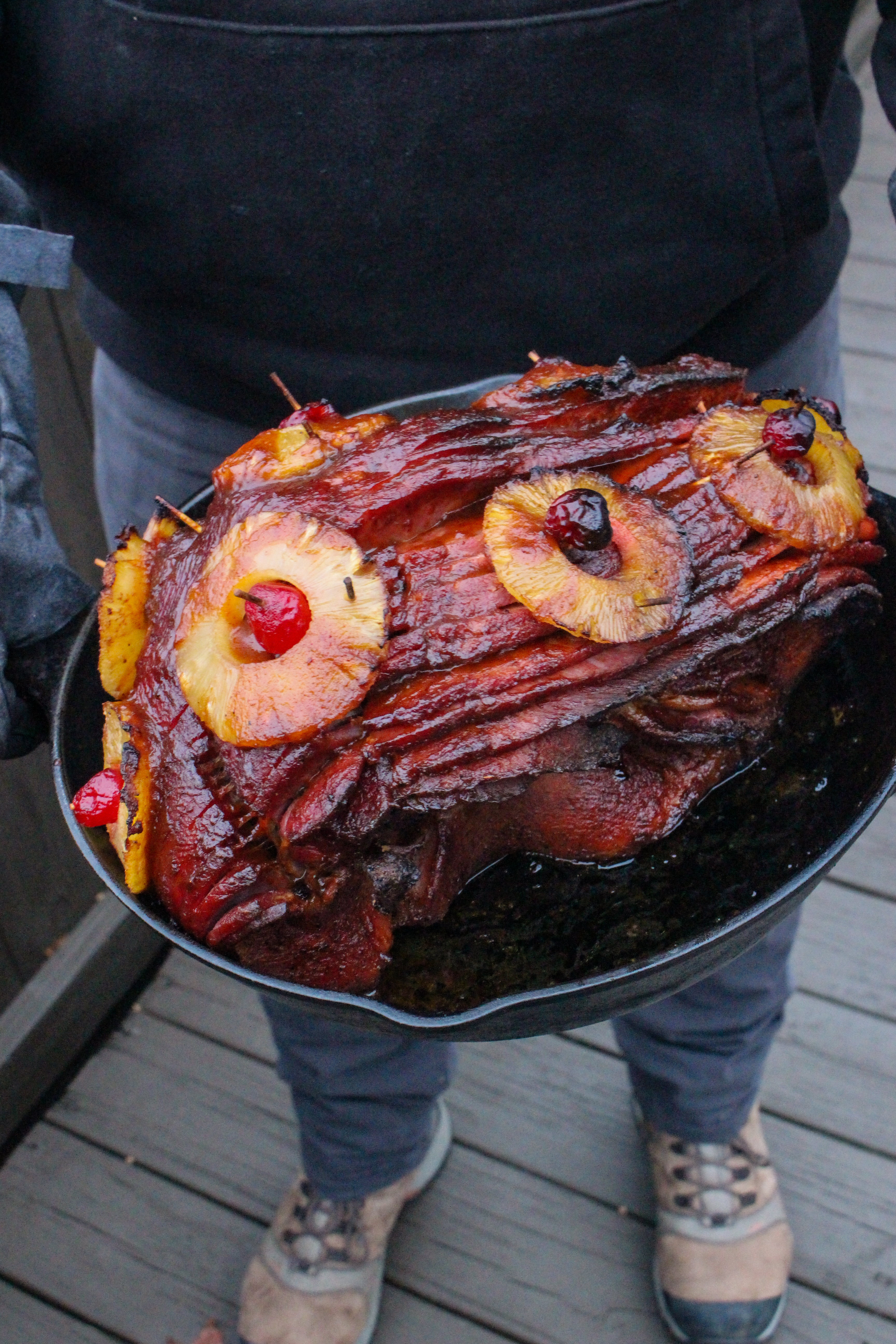 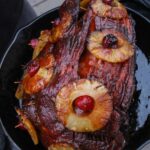 I have always wanted to make this holiday ham. It is an old school roast that I had when I was a little kid! This time though, our Cherry Chipotle Pineapple Glazed Ham will break some rules.
Prep Time30 mins
Cook Time2 hrs
Total Time2 hrs 30 mins
Course: Main Course
Cuisine: American
Servings: 6 people
Author: Derek Wolf