Chorizo Smashburgers are everything we love about chorizo and smashburgers, now combined for the ultimate bun burger experience! Topped with fresh guacamole and bacon, this chorizo smashburger is a cool, spicy experience that will keep you coming back for more. Oh, and did I mention pepper jelly? Cuz that’s in there too. Yeah, I know you want to hear more about this one. Read on, my hungry friends.

Sponsored by The National Pork Board

Bacon for my Chorizo Smashburgers

Today, we’re doubling down on pork, and by that I am of course referring to bacon. It’s an important piece in this Chorizo Smashburgers recipe for a couple of reasons. First, it’s bacon… Secondly, it brings a salty, umami flavor that’s powerful (which is probably why it’s added to a lot of dishes) and really enhances the overall smashburger. Thirdly, and possibly to your surprise, it adds to the texture of the burger. Our smashed chorizo patty will be relatively thin, and the guacamole is smooth, so the crispy bacon adds a texture to the burger that I really appreciate.

Now that we’ve talked about the bacon, let’s go grill the bacon. I used my plancha for this process and layed down each piece of bacon on it. I’d recommend staying close by since bacon over the fire can cook (and burn) really quickly if you’re not watching it. Cook the bacon to your desired level of crispness. Up next, the Chorizo Smashburgers. 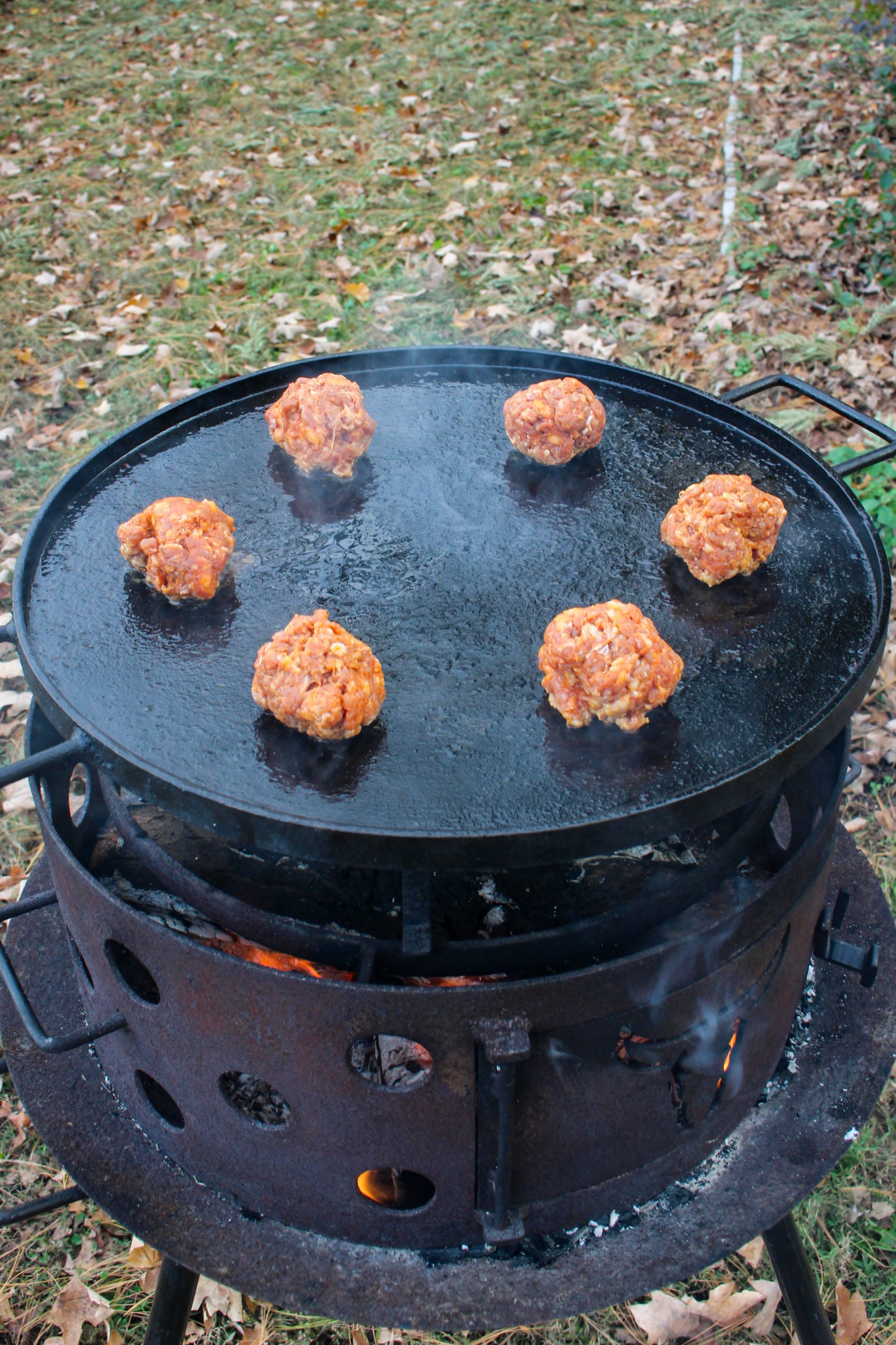 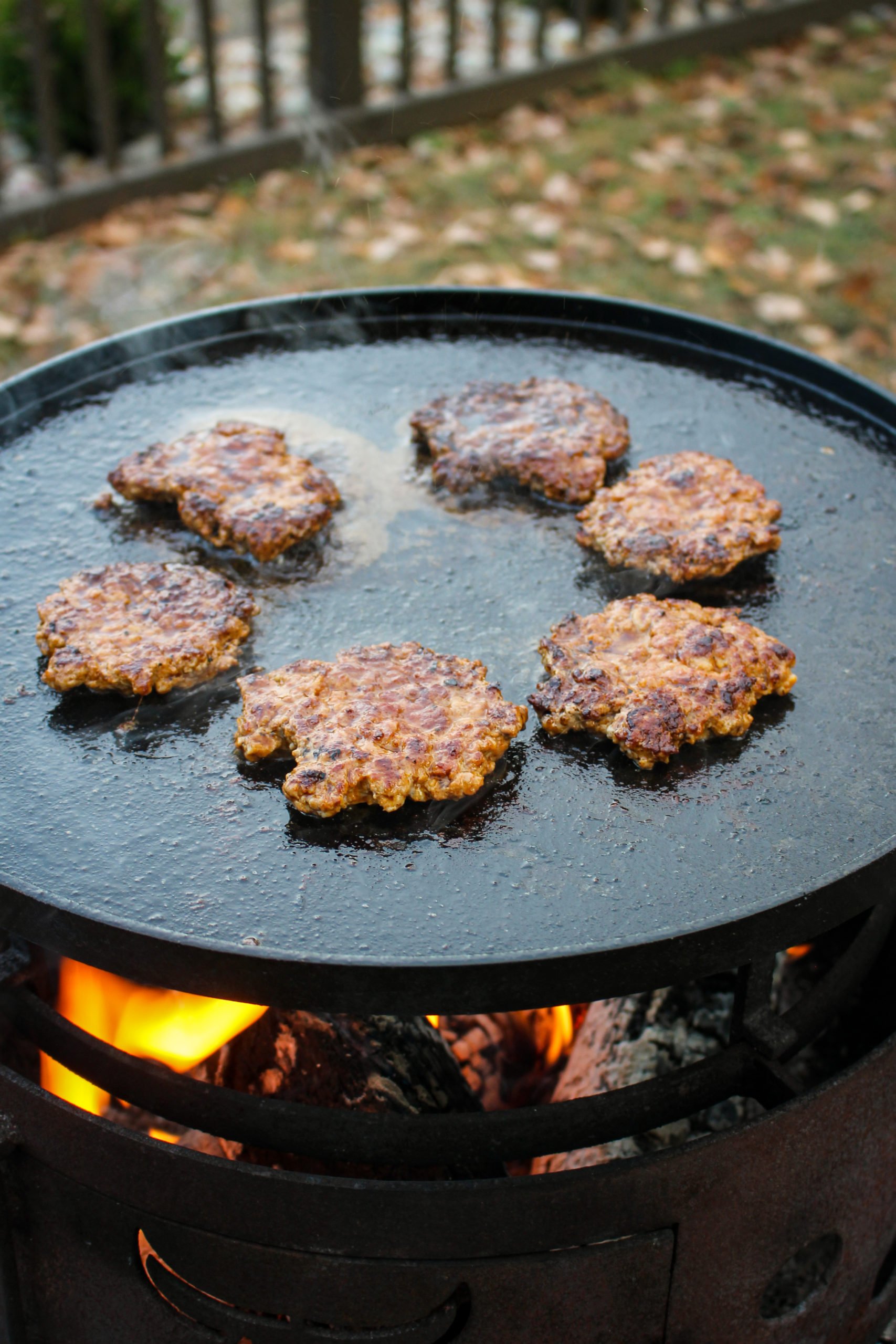 Pull the bacon from the grill and discard any excessive amounts of bacon grease. I left a little grease on the grill, but just enough to cover the plancha. Next, turn your ground chorizo into chorizo balls and then place them on the plancha. Let them cook for a quick minute and then flip the ball over to the opposite side. Now, we head to smash-town.

I actually used a burger smasher for this process, but a large spatula with no holes would work if that’s all you have access to. Smash each chorizo ball into a chorizo smashed patty. Let it cook for another minute or so, then flip it. After you flip it, we’ll add the monterey jack cheese to the top side of the freshly flipped smashburger. This will allow the cheese to melt as the underside of the chorizo burger finishes cooking. After the smashed burgers are cooked and the cheese is melted, stack one patty on top of another and then remove the double decker patties from the grill. 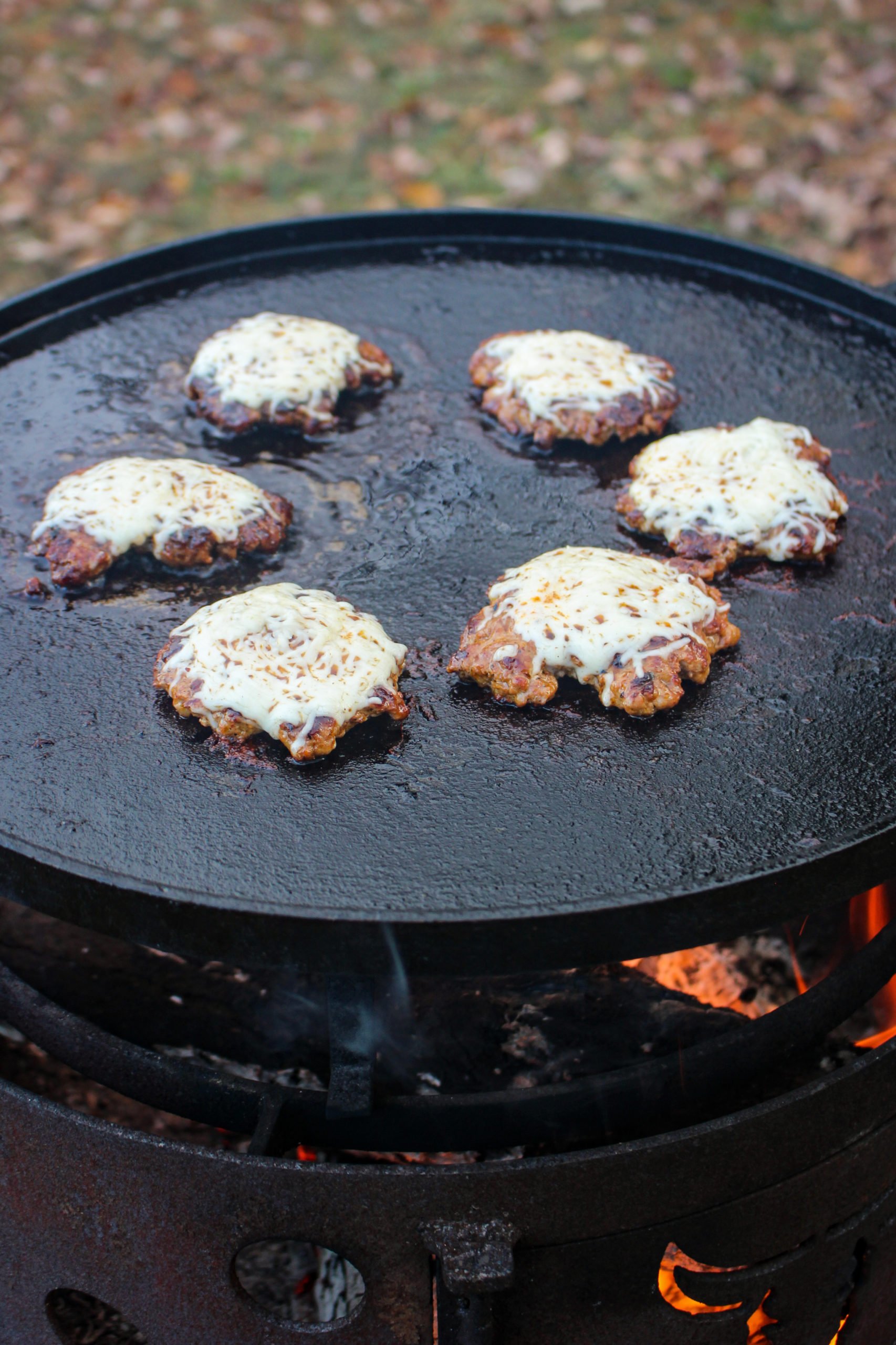 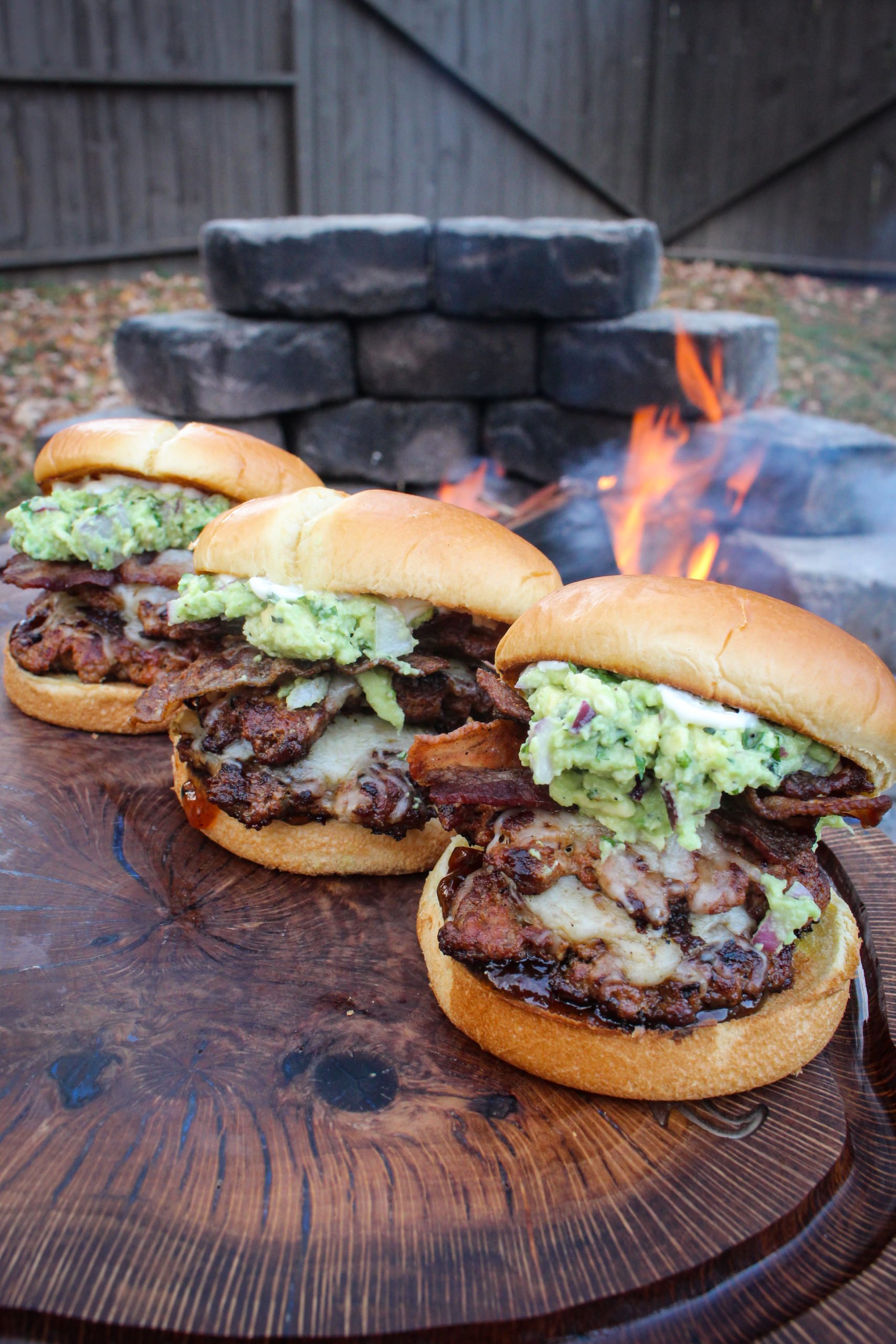 Before putting those Chorizo Smashburgers directly on a bun, let’s whip up some fresh guacamole. This guacamole is super easy to make and is done in a matter of minutes. Simply add your avocados, salt, pepper and lime juice into a bowl and mash that together. I’ve found that a potato masher is great for this if you’re trying to do it quickly. After that’s reached your desired consistency, add in the red onion, cilantro and a bit of serrano. Boom, guac is ready. I also toasted my burger buns at this stage. Simply butter the insides of a bun and set it on your plancha, a handful of seconds later you have a nice, warm, toasted bun.

Okay, let’s do this! Let’s put these Chorizo Smashburgers together because at this point we’re all hungry. First, one side of the toasted bun. Followed by pepper jelly, double decker and double cheesy chorizo smashed patties, as much bacon as you can possibly stack, a dollop of fresh guacamole and topped with the other toasted bun that has a thin layer of mayo spread across it. Dang, how incredible does that look? Best enjoyed with friends and family. Cheers! 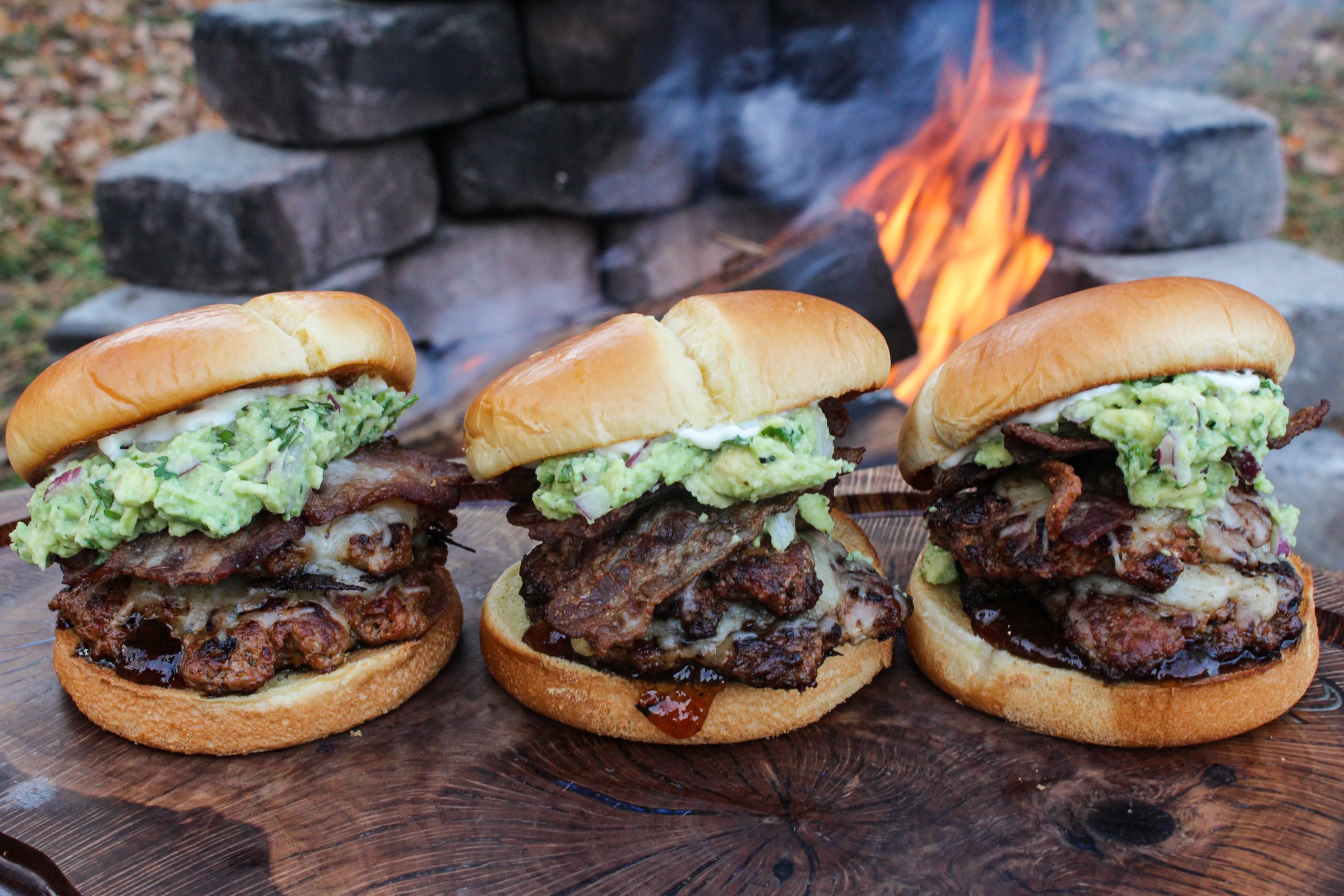 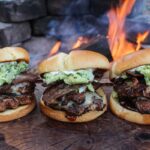